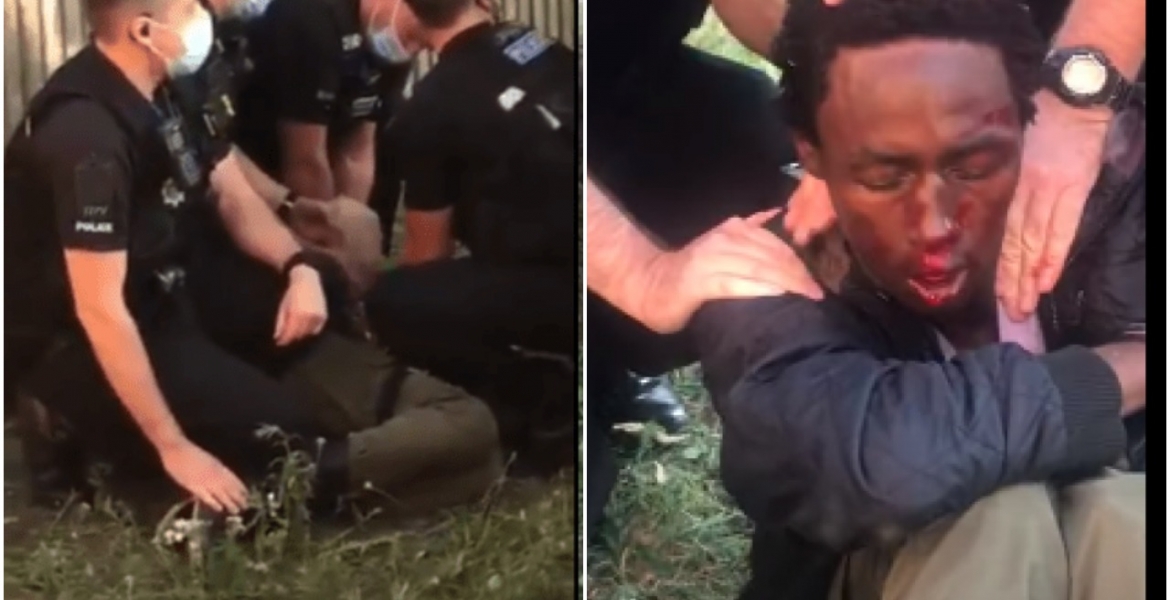 The Kenyan government has written to UK authorities following an incident in which officers from the Essex Police Department were captured on camera assaulting a Kenyan man.

The incident came to light after a four-minute video showing a group of officers manhandling the man identified as Wycliff Cox went viral on social media sparking outrage.

Reports indicate Cox attempted to escape after police arrived at his mother’s home in Colchester, Essex to arrest him, and in the process of fleeing, he kicked one of the officers, hence attracting their wrath.

In a statement on Monday, Kenya High Commission in London said it had taken up the matter with UK authorities.

“The Kenya High Commission in the United Kingdom has received a disturbing video that has been making rounds on social media including on the YouTube channel (https://youtube.be/ntp-xhabszq) where police officers in Colchester, Essex are seen to assault a Kenyan national, Mr. Wycliff Cox.”

“The High Commission has already communicated with the UK Government raising the Government of Kenya’s concerns on the unnecessary force on an unarmed man,” the mission said.

The mission further noted that it communicated with Cox’s family and assured them of the government’s support as they seek justice for their son.

Is Wycliff Cox a kenyan? Please send him back here ASAP as it looks like he is suffering there. Bring his mother back home also.

Kenya government protesting? The number one violator of human rights is GoK! And now they are protesting after foreign police do what Kenya police do every day

Doesn't the so-called GK know that the 2003 Ngilu looting of shs 23m.AIDs/HIV fund and Uhuru's looting of shs 78b.in COVIDGATE scandal is worse that what makambulu police did?Do they want others to believe they don't know of Maina Kamanda poisoning of Gikambura residents?Ata hamujui Raila's importation of CANCER/POISONOUS maize from SA which is killing hundreds of Kenyans daily?These useless govt should start with themselves.KITU MBAYA.

The police use of excessive force on an armed Black man is unconscionable and goes further to confirm the inherent and deep-seated undeniable racial prejudice prevalent among some members of law enforcement.If humans have to coexist on this planet,humankind have to learn how to treat each other and keep their animal instinct for hate in check otherwise the human race will regress instead of progress.