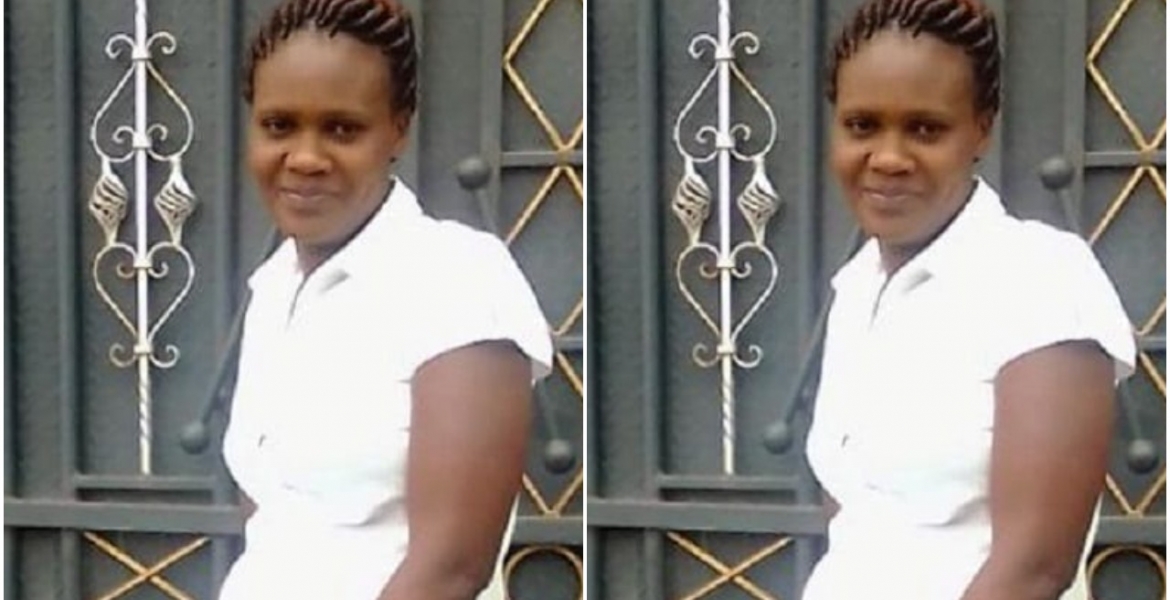 A Kenyan woman and her two-month-old daughter are currently stranded in Saudi Arabia due to lack of travel documents.

Gladys Bonareri Gekonge traveled to the Middle East nation in February this year and only discovered she was pregnant after arriving.

In September, she gave birth to a baby girl and named her Precious Kerubo Bonareri. She was hospitalized for some time after delivery.

When she was discharged, Gladys decided to travel back home but she could not afford to buy an air ticket.

Dr. Isaac Newton Kinity, the former Secretary-General of the Kenya Civil Servants Union volunteered to pay for her airfare after someone sent an online appeal on her behalf.

But there was another hurdle—she did not have a passport for her newborn daughter while hers was withheld by a Kenyan partner agency in Saudi Arabia called Rwasi. She was able to get back her passport from the agency.

Gladys reached out to the Kenyan Embassy in Riyadh seeking to obtain a passport for her baby but officials demanded she provides a marriage certificate; which she does not have as she has never been married.

Attempts by Dr. Kinity to reach the embassy through email and phone numbers provided on its website were unsuccessful.

“She is now stranded in Arabia. I have twice emailed the Kenyan Ambassador to Saudi Arabia using the email provided on the internet (kenyanembassy.riyadh@gmail.com) but I have had no reply. I have tried to call the two Embassy telephone numbers (966114881238 and 966114882484) provided on the internet but the numbers do not get through. I do not know why the Embassy would not solve such a small issue,” Dr. Kinity said.

He added: “I have not asked the Embassy to pay for her air ticket, but all I have been pleading with the Embassy has been to assist the lady with the travel documents of her infant baby so that she can travel back home. I am appealing to the Ministry of Foreign Affairs to intervene to help this lady who is stuck in Saudi Arabia. She only needs travel documents for her infant baby. I will help her with the rest.”

Oh Poor lady. Kenya Embassy is a joke not only in Saudi even in DC. You call and follow the voice prompts then end up selecting your choice which is a hangup. I have never been able to speak to anyone on the phone in this office.

@ Kiihu,if all Kenyan embassies you n foreign countries behave like that,it's more so a reason for diaspora to have a representative in parliament.
Calling the embassy hardly works.This forces Kenyans in far flung places to fly,or drive to the embassy.Imagine flying from California to Washington for a problem that could have been solved by a phone call.

Such a sad situation. I still don’t know why these women go to Saudi Arabia. Haven’t we heard enough about their mistreatment of Africans. This is a not a friendly country for any foreigners to go work or visit. This is a double whammy for this woman, unmarried and with a child.

Just curious,if the father was carrying the baby would they have asked the marriage cert.or is this a continuation of Arab states to frustrate women? Probably they may have asked,where is the baby's mother.

Why do we get shocked when we hear bout Kenyans taking their butts to Saudi n things not goin' good for them. It clearly states on this article that she cannot afford a ticket for the baby, so how does that become a Kenyan problem. Why can't she stop being a ngombe send her child to her folks back home n she remains in Saudi n become a self made slave. My advice to her like i always state is Woman go on ur kness, pray to Allah to guide u as u n ur baby swim ur way to Kenya.

Jubilee was supposed to get the country to 21st century digital state. what's this about marriage certificate? Uhuru are you listening? Wacha kulala. When are we going to get great things done when simple ones elude us.