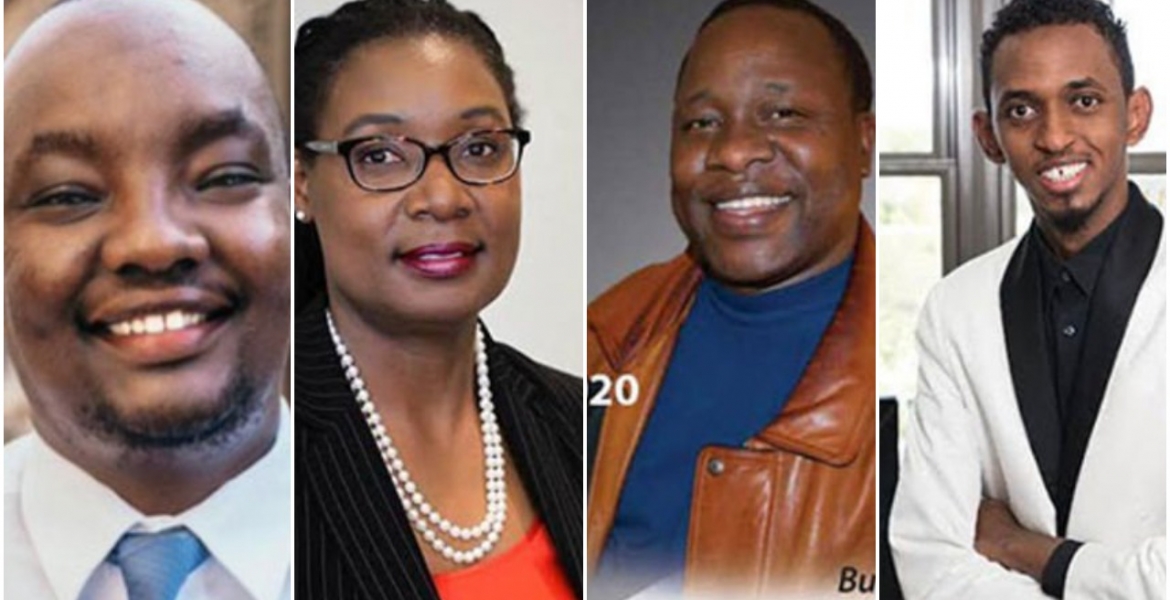 A number of Kenyan-Americans vied for elective positions in the 2020 US elections held on Tuesday but none of them was declared the winner.

Among those who unsuccessfully contested for political seats in different US, states include Boni Njenga, Henry Momanyi, Jane Kitui, and Ukasha Dakane

Momanyi, a community organizer and nonprofit executive living in Minnesota, run for a seat in the Brooklyn Park City Council but lost to incumbent Susan Pha. He was seeking to be a representative of the West District as an independent candidate.

Jane Kitui, a resident of Minnesota who has lived in the US for more than 30 years, vied for a council seat in the City of Edina.

Dakane, a Kenya-born entrepreneur and community organizer based in Minessota, also contended for a seat in the city council but he lost. In 2018, Dakane received the Leadership Community Award from the Edina Community Foundation for his project which educates youth on how to become community leaders and peace ambassadors.

Boni Njenga, a Kenyan-born policy analyst was eyeing a seat in the Hennepin County Board of Commissioners, District 5, in Minneapolis, Minnesota. He lost to first-term incumbent Debbie Goettel and conceded defeat.

“We didn’t get the results we anticipated. In Swahili we say “asiye kubali kushindwa si mshindani” – A person who does not accept defeat is not a competitor,” he wrote on his social media page.

“Never in a million years, did I foresee a young man from Naivasha, Kenya contesting in US elections. We got over 20,000 votes, that’s overwhelming just to think of it. Thank you district 5 (Bloomington, Richfield & Eden Prairie), it was truly an honor and privilege. Thank you to everyone for their support, contributions, and time,” he added.

Njenga, who moved to the US in 2003, holds a bachelor’s in political science and a master’s in public administration from Minnesota State University-Mankato. He previously worked with the state of Minnesota government before joining the private sector as a business owner.

Minesosata is a foreign political playground, it seems there are chances. I might nxt time too

Come back home and run here. Show us how leadership is serving the people and not enriching oneself.

Run in America. Why bother with a corrupt political system.

Tell them to come try it in Texas and see... For kenyans l doubt it but good luck with them who want to run for public off office. BUT corporate America, we do very well and l mean extremely well but politic ... we got very aggressive politician here but a Luo man can make it.

Land of opportunity if you work hard keep it up waKenya.