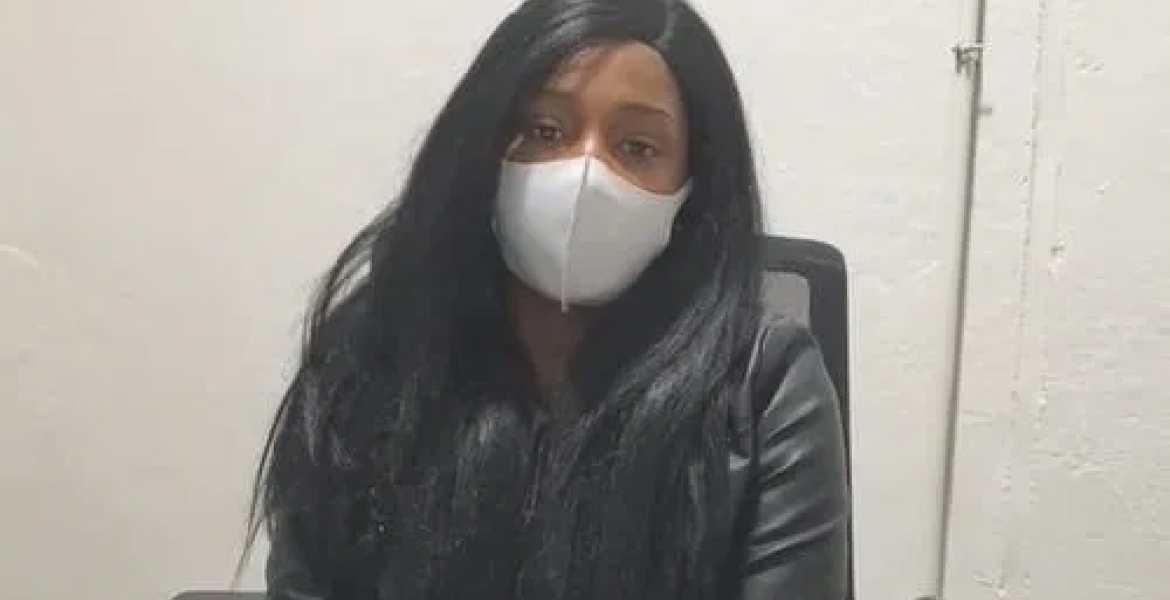 A 26-year-old Kenyan-born woman, Maria Samantha Mungai fears she will never see her 7-year-old daughter again after her parental rights were withdrawn by a court in Kansas, Missouri.

The girl was placed in a foster home in November 2018 after she was found home alone while Maria was working an overnight shift as a dancer. She was four years old at the time.

Kansas City Star reported that a permanency review hearing was scheduled for Thursday but Maria, who last visited her daughter more than a year ago, was not allowed to participate.

Maria’s cousin and her husband, Eddah and Brian Malicot, who want to foster the child were also not allowed to participate.

Most of the conditions set forth for Maria to reunite with her daughter at the start of the legal battle were reasonable but others were more difficult to meet, Kansas City Star added.

Paemon Aramjoo, Maria’s court-appointed attorney had asked the Missouri Supreme Court to hear the case after the Missouri Court of Appeals (Western District) upheld the lower court’s decision but the request was recently denied.

Court records show that on several occasions, caseworkers praised Maria for taking steps to meet the conditions set out for her but Clay county deputy Juvenile officer Heather Kindle recommended the termination of her parental rights to judge Davis.

Why did Kindle recommend the revocation of Maria’s rights as a guardian despite positive appraisal from caseworkers?.

Court papers filed by the juvenile officer state that Maria “was gainfully employed, had a stable place to live, and was drug- and alcohol-free at the time.” She also appeared to have a good relationship with her daughter, Kindle wrote in court documents dated April 2nd, 2019.

“The child is extremely excited to see her mother and disappointed when the visits do not happen,” Kindle wrote.

This is very inhumane. I hope you get a good lawyer and fight this matter with every breath you have.

Don't comment foolishly if you don't know the law, a minor can never be alone if he or she is not over 23 yrs old, simple as that, she's not fit to be a mother.

Wrong @Maurice Nyaware. A 23 year old is an adult and can have his or her own family.

Actually, the age of emancipation is 18 in USA.A child can move out of the parents'or guardian's.

@MauriceNyaware an act like leaving a child alone should not result in the mother permanently losing her child. This does more damage than good and besides this mother was trying the best she could to be reunited with the child.

23 a grown up?!Let me take this was a typo error. You know nothing about this country law. Did you just came out of the rock?

Don't comment foolishly if you don't know the law, a minor can never be alone if he or she is not over 23 yrs old, simple as that, she's not fit to be a mother.

The primary ultimate goal of CPS is always to re-uniting a minor(s) with the birth parent. If it were an automatic ruling of permanent separation and a declaration of unfit/incompetence, then, there would not be the legal effort we see here and other cases by the court to identify stipulations for parent to progress towards re-union and regaining the custody. There are parents who abuse kids physically who end up being awarded after working through favorably. Moreover, there are many reasons why a parent, especially a single one, end up leaving a child home alone. She was working and may not have had supports to watch over the kid. There is so much ignorance of what parenting entails and hard corners parents find themselves thus making such decisions. Parents so make unfavorable choices as humans i know but CPS & legal system provide chances. The cost of child care is very unmanageable for some as well. If parenting is smooth sailing for you, please thank your maker. Not always the case for others. I am speaking as a parent who has been blessed to raise 2 wonderful adults but also who is not ignorant of challenges.

To Maria or anyone who can get this message to her: This is one my areas of expertise. However I am in another state that’s not near Missouri. Please email me your phone # and I will reach out to you and see if there is some way I can help.

She can email me directly

You hate to see children being separated from their parents. One thing I appreciate about this nation is people follow the laws of the land. What’s puzzling is why she left her 4 year child alone at night while she went to work as a dancer. This must have happened a lot of nights and someone took notice. She should’ve known better considering how protective this country is when it comes to minors. In Kenya, you can do this and nobody will do anything.
She has a tough battle ahead of her. Don’t mess with child protective services. They don’t play. I hope it’s a wake up. I hope it yield good outcome for her.

Sometimes, Parents in this country, especially single, face many challenges. It may have been a need for that gig to make ends meet. Child care can be unaffordable for some and there may not have been a support to help watch the kid. Therefore, she may may have put the baby to sleep and gone to do what she needed to do to earn a living. Empathy for her.

He is wrong on that one. 23 yrs old can marry and have a family. 16 & 17 yrs can be left unsupervised overnight in many states.

You are right@sukari.Age of emancipation is 18.At that age the child can do what damn he or she wants.All you can do is call the cops.Thats in USA.I know that as a fact.

Actually, at 14 years, can be home alone.

this is discrimination at least the child should be give to the next of kin .

We need to hear more from you before we determine your case.Child neglect is a very serious allegation.Dancer ? Mmmmmm, ok

Sorry about this...
Dancers make alot of money. She could have afforded a good lawyer.
I have seen drug addicts get their children back as long as you adhere to the rules, but sometimes this is also part of modern day racial discrimination.
A black person with an African name will get a harsher sentence than a white, a Hispanic or an African American.
Call it like it is.

Instead of lamenting here, how about each of you write to that judge and straighten them up...they are messing up that kid...and for what? She will be sent to live with some white folks eating canned soup and croutons for dinner.

@Seneca, a good point. Many children who grow up foster care are molested. There is money behind it. You are paid for being a foster parent

Sound like she was thotting it up add clapping in the strip joint. She could have found someone to watch baby!