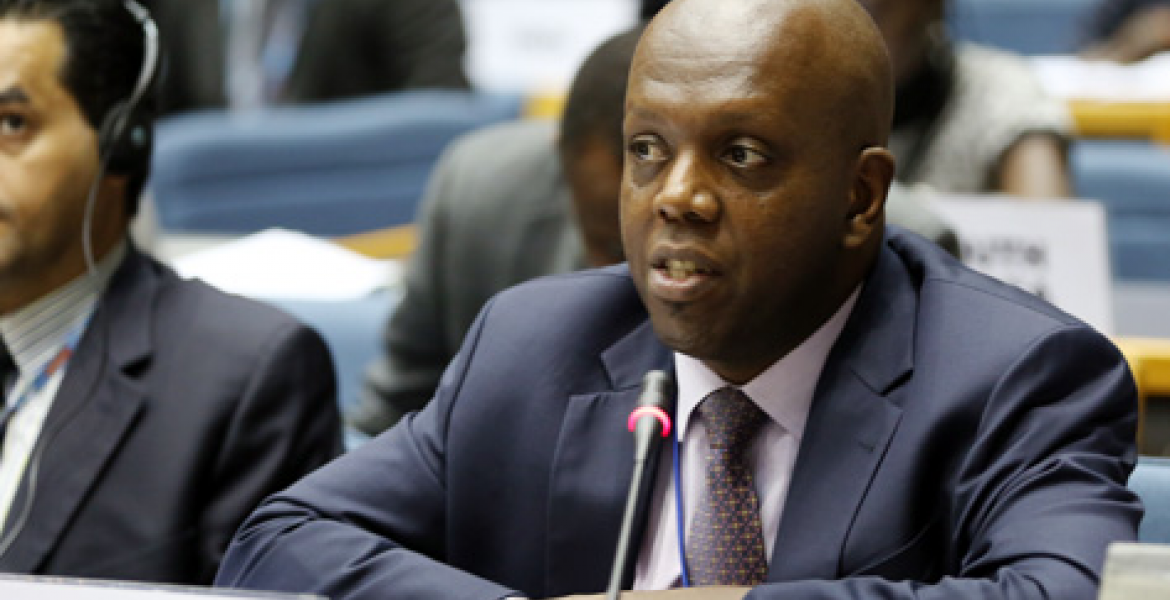 This comes after he virtually presented his diplomatic credentials to the UN Secretariat on Thursday in line with the global body’s Covid-19 protocols.

Before being appointed to the position by President Kenyatta in October, Amb. Kimani served as the joint secretary of the Building Bridges Initiative (BBI) taskforce.

He also served as the President’s Special Envoy for Countering Violent Extremism, Director of Kenya’s National Counter Terrorism Centre from September of 2015, and Secretary for Strategic Initiatives in the Executive Office of the President from December of 2018.

During vetting by MPs in October, Kimani revealed he worth Sh58 million which he has accumulated in his 22-year diplomatic career.

The position of Kenya’s permanent representative to the UN fell vacant following the appointment of Amb. Macharia Kamau as the Foreign Affairs Principal Secretary in 2018.

Lazarus Amayo, the new Kenyan Ambassador to the United States of America, held the position in an acting capacity.

I might be wrong but if the President and the Government of Kenya was dedicated to eradicating poverty in Kenya, it would only require just some adjustments in policies and priorities. The spending in military for example. The military budget is enough to absorb all the the unemployed youth, train them is all kinds of trades and put them to work and earn decent money as they stand by for the wars to come. Meanwhile, the government should be busy making peace with the neighbors to prevent any war and the loss that comes with it. The other spending to cut is the worldwide embassies. We don't need them when a good number people in Kenya are living at a dollar per day. Also cut that crazy representations of 47 governments and the main one and the hefty allowances paid to those officials. Allocate 2 acres of land to those who are willing to farm for free. Build them houses and schools and employ modern farming technologies. Make the billionaires pay taxes accordingly to add to the kitty. Enact labor laws that will make sure the minimum wage is about 40,000 plus benefits for now. Remove the campaign spending by giving away basic TVs 📺 and power connections so that people are addressed in their homes. Close down the colonial jails and make them rehabilitation centers for our citizens who need rehabilitation to become good citizens. Make schools and therefore education as uniform as possible. Every child should get equal opportunity to education and diet and clothing.
This is doable. The notion that people have to remain poor for others to be billionaires is not true.