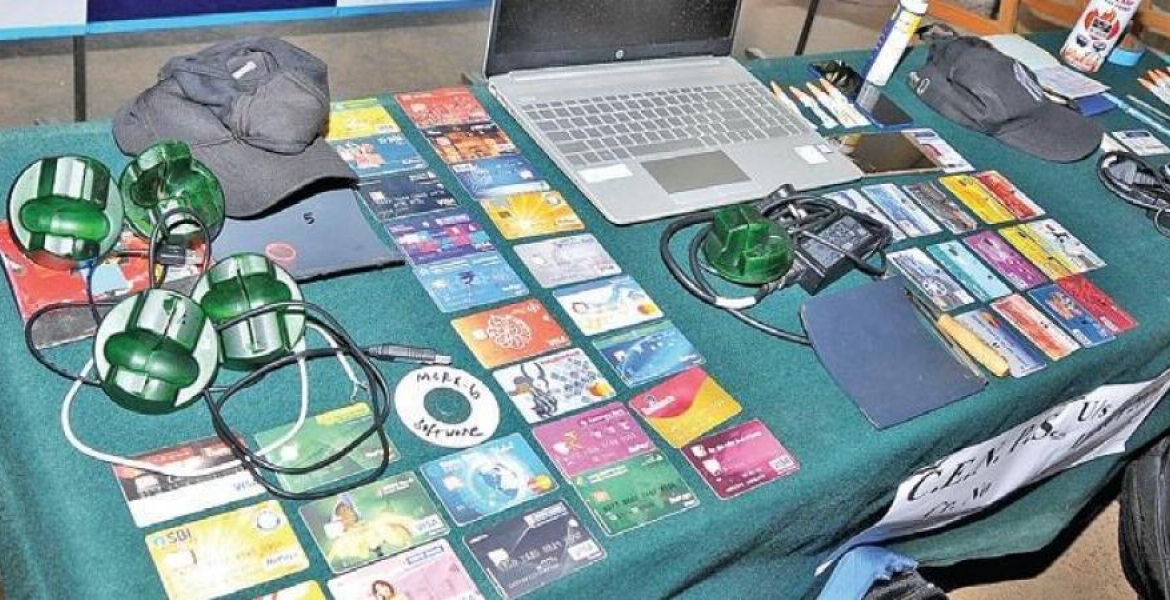 Police in India are holding a Kenyan national in connection with debit card cloning and siphoning off cash.

Lawrence Mukamu was arrested alongside a Ugandan identified as Ivan Kabomge during a police operation in Tumakuru, a city in the Indian state of Karnataka.

The two are based in New Delhi and are believed to be part of a six-member international gang that siphoned off lakhs by cloning debit cards.

Police said they have cracked at least 60 cases of debit card fraud in the Tumakuru district over the last couple of months.

Mukamu and Kabomge reportedly arrived in India on student visas that are due to expire in March 2021.

Initially, detectives thought that the fraud victims may have mistakenly shared their banking and debit card details.

But after more such cases were reported, officers opened a probe that led them to the gang. A special team of Tumakuru Cyber Crime Economic Offences & Narcotics (CEN) police was formed to hunt down the fraudsters.

Detectives established that ATMs in Tumakuru district had been rigged. They later discovered that tiny cameras and skimming machines had been fixed to the ATM kiosks to clone data and siphon off money.

“We found that cards were cloned and money with withdrawn from several ATM kiosks in Bengaluru, Chennai Delhi, and Mumbai,” said Tumakuru SP K Vamsi Krishna.

“The culprits would carry a mobile debit card skimming machine and installed tiny cameras precisely near that part of ATM screens where the PIN has to be entered. The entire data was transferred to Delhi where cards were cloned. With the fake cards, money was withdrawn from several ATM kiosks across the country,” he added.

Police are still in pursuit of other members of the gang who are still at large.

20 cloned debit cards, skimming machines, and the Honda CRV used by the arrested fraudsters were recovered.