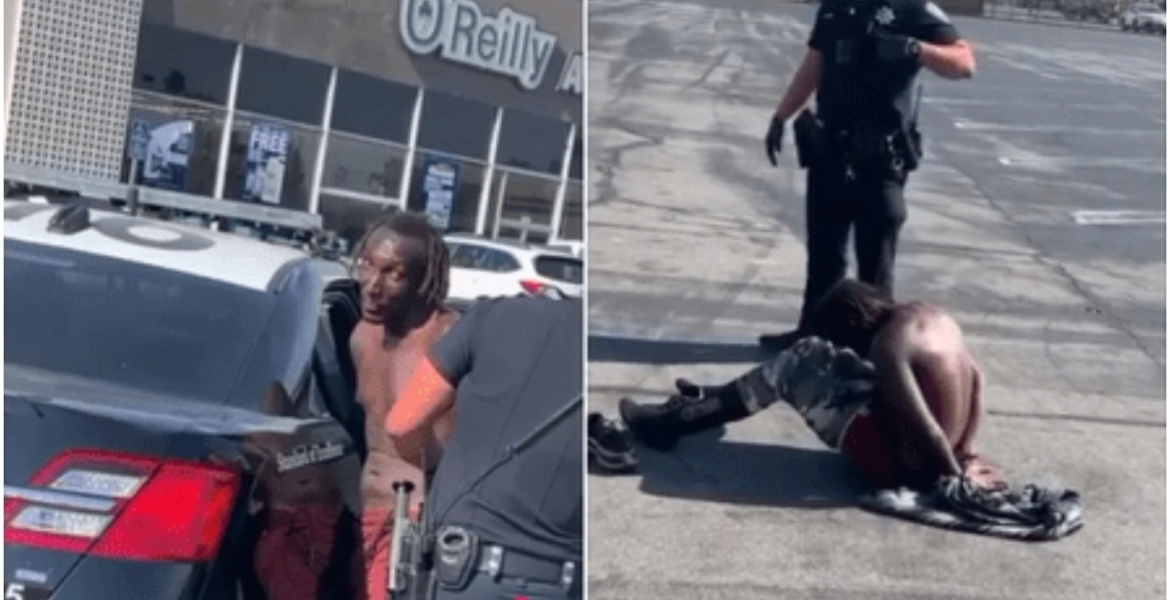 A Kenyan man was recently caught on video being arrested outside a strip mall in Los Angeles, California after allegedly stealing alcohol from a liquor store.

In a video clip circulating on social media, the man is heard telling someone questioning and filming him that he is originally from Nairobi, Kenya but does not reveal his identity.

The man also refutes allegations of stealing from the liquor store, insisting that he paid for the drinks contrary to the police report.

The video of his arrest triggered mixed reactions from his compatriots in Kenya and those in the diaspora with some raising questions in the manner in which police handled him.

Thesuegacambi wrote: “At least he was not killed.”

Jaydenadypinchez stated: “Kenya to the World😂😂”

He thought he was in river-Lori (road) in Nairobi! Samehea yeye!

It's neither here nor there if he is a Kenyan. The way the Police handle black folks is a shame. Kwani ni myama? PLEASE!

He is a thief! Mnyama kind of action! He stole liquor and not food. He is worthless to say the least. Over!

He needs help not condemnation.
All us know how cheap ALCHOHOL is and how addictive it is.
Hopefully he will go to rehab.

Come all the way to look for greener pastures end up this way.

It can happen to anyone anywhere. Some zungus became homeless in Kenya. Earth and humans have been degraded over time due to sin

This is a choice not an accident. He chose to steal alcohol.

Look deeper than that

If it were in the street of Nairobi angechomwa na tire.

How deeper can you look @builder?? This is just a bad choice by this guy. Unfortunately choices have consequences - bad or good! Let be willing to call a spade what it is!!

The guy need help not being mocked and the the guy who is recording sounds like he is from overseas too.

He is being treated so bad... What if it was rape case or difilement.. lets stop exaggerating things... N learn to deal with your shit!!!

The same kind of treatment happens to thieves in Nairobi. He guy knew better not to go stealing alcohol!

@Kevin - is it necessary to compare apples and oranges regarding what this man did in California? Are you saying it is ok for him to steal!!??

Every thief gets handicapped any where in this world. He should not have stolen alcohol ya wenyewe! Please do not condone the stealing behavior!!

We don’t know if indeed he stole the drink, however we must refrain from confronting cops here in America especially emphasized.
Some cops are good about 10% are crooks who are members of KKK or militants or proud boys etc.
Now the point here is; there no mistreatment, when arrested your liberty is curtailed therefore following instructions and safety of the police are paramount.
The guys taking video are present sense of danger thus far our boy must remain seated on tarmac
I rest my case