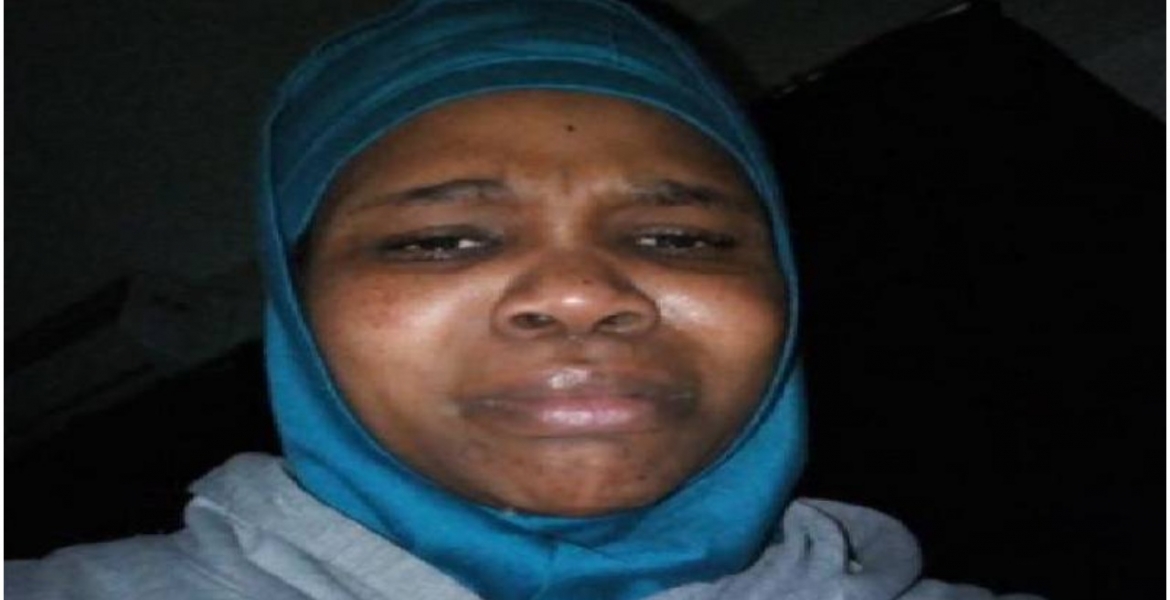 A Kenyan woman working in Saudi Arabia is crying out for help after her employer subjected her to horrific cruelty and mistreatment.

30-year-old Rebecca Chesang’ who hails from Kapkenyeloi village in Nandi County works as a house help in Arar, a city in northern Saudi Arabia near the Iraqi border.

She recently narrated how her employer, who has 11 children, has been beating and sexually molesting her.

“They (the couple) have inserted some objects in my private parts and I am in great pain. The woman of the house hit me on the leg, accusing me of delaying to complete some house chores on time. I am calling for help from the Government of Kenya,” she told The Standard.

Chesang’ previously worked at a restaurant in Eldoret town before she was introduced to a recruitment agency linking prospective domestic workers to other agencies abroad.

Determined to change her life, she moved to Saudi Arabia in February last year after she signed a deal with the employment agency.

Her mother Rhoda Jemeli said Chesang’ did not disclose to the family that she was going to the Middle East to work as a domestic worker.

She allegedly told her aunts in Nairobi that she was traveling to Australia to further her education.

The family was later shocked to learn that she was in Saudi Arabia after she stopped picking calls and only shared photos of the injuries inflicted on her by the employer.

“She initially told her aunt in Nairobi that she was heading to Australia for an academic scholarship. I was later surprised to learn that she was in Saudi Arabia all along,” Rhoda told The Standard.

“My daughter’s trip appears like a human trafficking scheme. I forgive my daughter for lying to us about her trip, but I call for help to bring her back.”

Rhoda says her daughter was mistreated by her first employer whom she served for six months before moving to her current employer who is worse.

“They threatened to throw my daughter out of the home by Sunday. I don't know where she is and how her condition is now. I am worried because she has stopped picking calls,” she said.

On her part, Chesang’ said the agency, which has since stopped picking her calls, had promised to take her to Australia only to land in Saudi Arabia.

“We are calling on the Kenyan government to help her return home. She lives in Arar, which is far from Riyadh, where we are told Kenya has an embassy,” a relative, Doris Jepkurui, said.

Contacted by the family, the agency’s director identified only as Grace said the company only connects job seekers to employers abroad and cannot be held responsible for their woes.

“As soon as you are there, the responsibility of your welfare rests on the employer,” Grace said, adding that she is not aware of Chesang’s case.

What objects were inserted ? Not all objects are bad ... Hata kidole ni object

I’ve heard too many of these cases. This appears to be self inflicted. Lying to her family was an indication that she dang well knew Saudi was not safe to go and work. Nobody lies coming to America....Sh*t you’d let the whole village know where your behind is going to America.
Unfortunately, I do sympathize with this woman. We all migrate to other countries to seek greener pastures. However, some countries are not worth the trouble. It’s no secret Arabs especially those in Saudi are as cruel as telling your mother her cooking sucks. We know that’s not going to go down well. Hope she gets help!!!

you have never Lied in your life? we all make mistakes here and there but nothing justifies this kind of a treatment.

Are these women given free tickets to go to middle east? How can you buy a ticket using your money to go to slavery?

@hypocrete... don’t make light of someone else’s plight. Thes Arabs are racist morons. The government should chase away these fools that recruit her citizens to wk like slaves for ungrateful pricks. Arabs are not human.

So sad. This keeps happening to house helps. These woman need to learn other trades like taxi driving, construction etc.