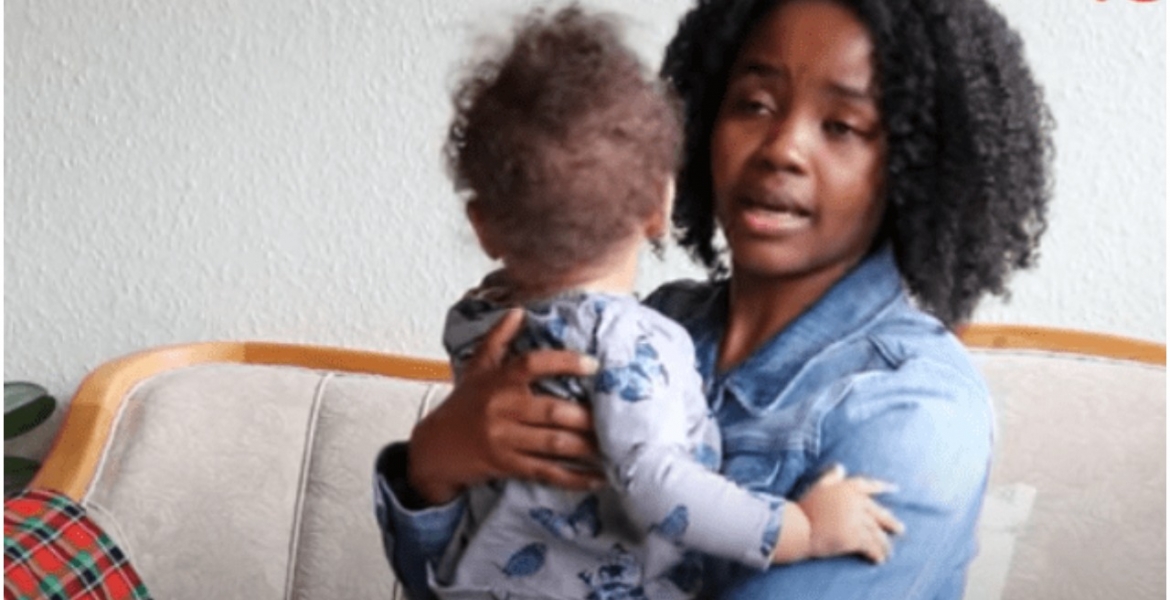 A Kenyan woman based in Denmark is appealing to well-wishers to help her raise funds for her ailing daughter’s treatment.

Ayah needs to undergo gene therapy that costs $2.1 million (Sh231 million), excluding other expenses that Mary and her husband cannot afford. In total, they are seeking to raise Sh270 million for her treatment.

In a video shared by Tuko, Mary says her second-born daughter was born a healthy baby but she later developed complications that affected her mobility, head stability, and hand movement.

“Ayah was born a normal child she was a lovely baby. She continued growing normally like normal kids until she was 9 months…we started noticing a few changes, minor changes that if you are not keen you would not notice,” she says.

The infant was found to be suffering from spinal muscular atrophy when a medical specialist examined her.

“There is hope, they told us if it was like 4 years ago, there was no kind of treatment at all but now, there are 3 types of treatments in the market and if kids get treatment early, they get a chance to live well and longer,” she adds.

Mary, who works as an accountant but is currently out of work, notes that Ayah is stable at the moment but their fear is that the illness could get worse as she grows.

She has reached out to her fellow Kenyans for financial support in an effort to save the life of her daughter.

Mary is married to a Danish national and lives in Bornholm, an island in the Baltic sea. 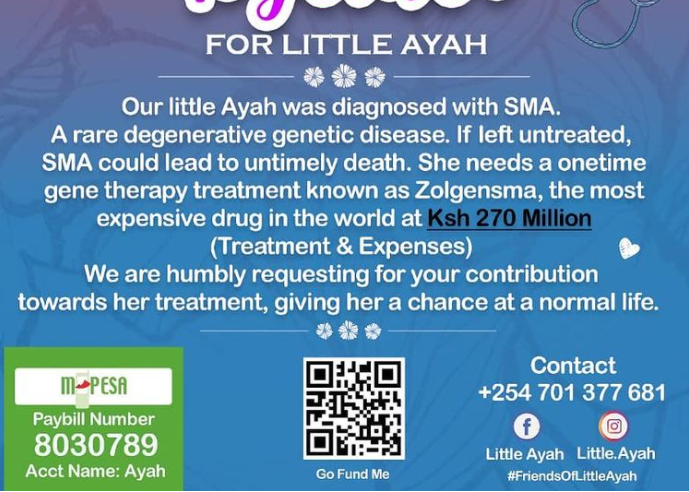