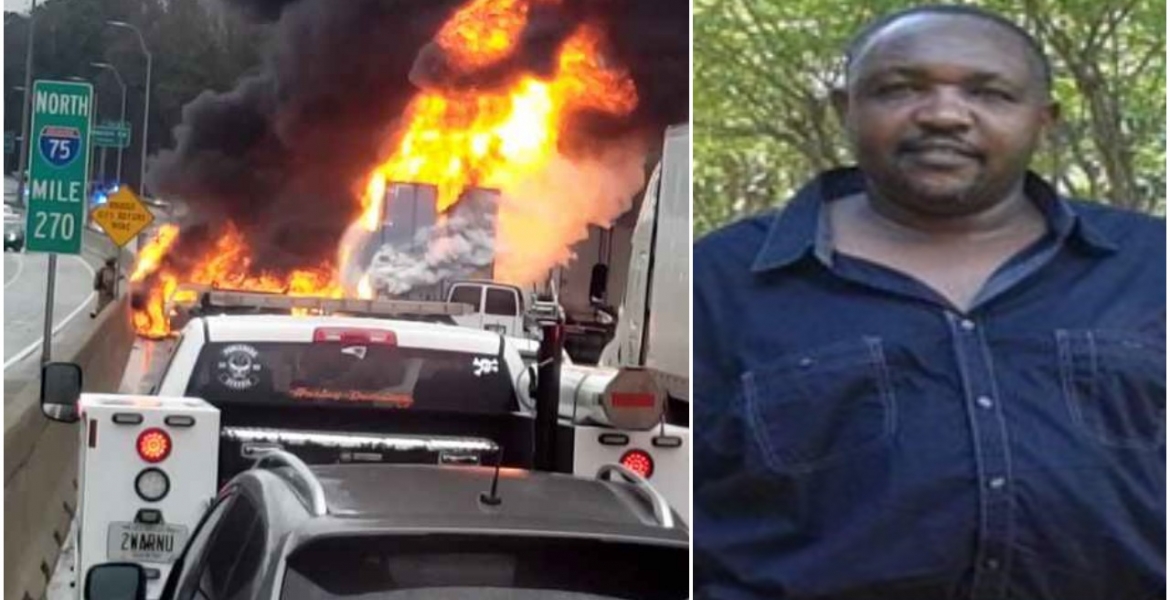 A 58-year-old Kenyan man was on Thursday killed in a multiple-car crash along interstate I-75 in Cobb County, Georgia.

Boniface Wan’gondu Ndiangui of Marietta, Georgia died on the spot after his freight liner truck pulling a 53 ft dry van trailer rammed into multiple vehicles, and later burst into flames.

Boniface was the only person who died in the accident while other drivers escaped with injuries considered non-life-threatening. The incident led to the closure of the interstate on both sides for hours as the police cleared the wreckage.

Nine cars and seven tractor-trailers were involved in the accident, which happened at about 11:15 am near Chastain Road, according to the Georgia Department of Transportation.

A white box van was the first to catch fire before the flames spread to another vehicle and eventually to the tractor Boniface was driving.

A driver told reporters that a tractor-trailer swerved about 100 feet ahead of him then crashed into another car while trying to avoid it. It pushed other vehicles to a tractor-trailer and others started hitting each other from behind, leading into a chaotic situation.

Boniface, who was well-known to the Kenyan community in Atlanta, hails from Nyeri County and was living in Marietta with his family.

Poleni sana. May he RIP. Another Kenyan dies while working to support his family. God give them strength.