Kenyan Man Accused of Secretly Burying His Wife in Dallas, Texas Speaks Out 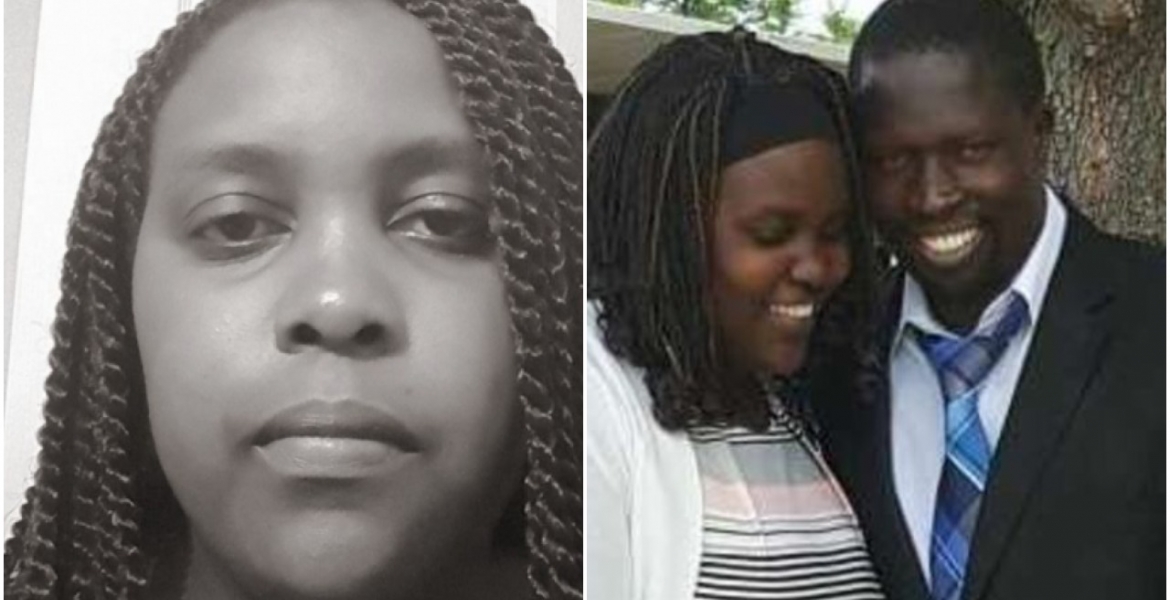 A Kenyan man accused of secretly burying the body of his wife at a public cemetery in Dallas, Texas without the knowledge of her family has spoken out.

Speaking to Nation North America correspondent Chris Wamalwa, Obadiah Kinara denied claims that he had a hand in the mysterious death of 35-year-old Dorothy Bosibori Ongera, also a native of Kenya, who was found dead inside a bathtub at her house in Dallas on December 17th, 2020.

Kinara says pathologists concluded that Dorothy’s death was due to accidental drowning and claims that his in-laws are targeting the deceased’s insurance payouts and custody of the children.

“I loved my wife and I’ve been deeply hurt and affected by the social media campaign orchestrated by my in-laws to create the impression that I had something to do with the death. I believe some people are doing this because they are targeting my children and the insurance payouts,” he told Nation on Sunday.

Kinara adds that in the course of burial preparations, his in-laws led by Dorothy’s father David Ongera moved to a Texas court to stop the burial as well as take his children.

Dorothy, a mother of six, was living with Kinara, with whom she had three children. The father of the other children is Dorothy’s estranged husband Dennis Nyakundi Mose, who lives in Kenya.

The US laws recognize Kinara as Dorothy’s sole next of kin irrespective of marital status because they have three children and lived together until her death.

Dorothy’s family filed a case before Probate Court No.2 in Tarrant County seeking to have her remains exhumed and another autopsy conducted. The case was mentioned on February 12th.

Kinara dismissed claims that he failed to involve her family in burial arrangements, adding that he would be under probe if law enforcement, the courts, or the medical examiner suspected foul play.

“My wife had diabetes and was also being treated for high blood pressure. Medical examiners suspect she may have had a diabetic bout while lying in the bathtub,” Kinara said.

On the presence of blood in the bathtub, Kinara said: “As a registered nurse, I know it is not unusual for blood to ooze from openings when a person drowns.”

How big was this bathtub? Most bathtub you cannot be able to immerse the whole body. The head has to be left out or the feet has to pushed upward.

Really? Blood oozing when one drowns in a bathtub? How big is the tub for an adult to drown? Did you also bury her secretly because of the insurance money? If she was your wife, why would you be afraid of her family? Why did you hide her body? Why did you hide yourself after her death? Why didn’t you use the courts to secure custody of her dead body? Why did you bury her without the involvement of her own children? How heartless are you? Something is not right here. We smell a rat. Come clean and clear your name.

KInara, you are FOS! Give a legal & moral justification as to why:
1. You did not adhere to the preliminary court order to hold the body till; the next of kin is determined & the independent autopsy had been conducted.
2. Why you buried her without the knowledge nor the presence of her children & her parents.
3. Why you disappeared? If you had nothing to hide, why not stay put confidently?

BTW, unless she had divorced her first legal husband, by US law, your alleged ‘ marriage’ to her is null & void! Bigamy is illegal. I absolutely can’t blame the woman’s children & family for being suspicious! You think insurance money is important to them or finding out the truth/ closure!
Guilty! Guilty! Guilty! Is written all over it! SAD!

TTly agree, if he murdered her he will soon be in big big trouble, every rock will be unturned to establish the real cause of death, hapa si kenya where you can bribe out of stuff like this. Leave the guy alone to mourn his wife and whatever he gets paid by insurance is for him and the kids left with him. Ujinga tuache

I don't why but when you marry a Kisii and unfortunately she dies! You are in big trouble if you're from a different tribe. They will run to find out whether your wife had a life insurance policy. They ransack the house and start battling for custody of the children.Your battle has just started.

"The US laws recognize Kinara as Dorothy’s sole next of kin irrespective of marital status because they have three children and lived together until her death".

I am not an attorney but would like to point out that the above law does not exist.

If Dorothy was only estranged from her husband in Kenya, he is still be considered next of kin even if they were separated. Mr. Kinara has no legal rights over her in any form or fashion. Also, he should know that not only did he commit a crime burying someone he had no right to bury, he also is admitting to bigamy which is prohibited under Texas law.

I hope the family will get justice for their daughter.

@ Ash, you may not be a lawyer,but you are correct...kind of.If Kinara,and Dorothy are married,then he is recognised by USA laws as next of kin,and can make life and death decisions as such.Key word here is MARRIAGE.
And you are correct,Kinara committed bigamy.If Dorothy was married in Kenya,and Kenya laws recognize that union,so does the USA courts.
And not, Iam not a lawyer but,I work for a law firm,and I get the privilege to ask questions without abill attached to the response.

Why are most of you so angry? Who hurt you? I hope you realize that despite your huffing and puffing. Mr.Kinara is not under any investigation; neither is anyone looking for him. All I see are small-minded village mentalities peeping from posts. And I quote Wiki (always stat here): "Common law marriage, also known as marriage without formalities or informal marriage, is a valid and legal way for a couple to marry in Texas. Texas law states that a common law marriage may be proved by evidence that the couple: “agreed to be married”; and. ... “represented to others that they were married” Period. Next. If the late was still legally married in Kenya, then she defrauded Mr. Kinara.

In Texas he will get life or the death penalty. Being greedy is going to cost him his life as well. Good riddance!

People say you can't bribe the justice system in the USA. Oliskia wapi? Trump didn't talk about draining the swamp for no reason. There's so much bribery and filth in the injustice system in USA. No more comment in this case because not all information is known through the media.

And Kinara has enough money to bribe the US justice system? May your own evil souls and hatred for this man destroy your own efforts at happiness. Why some of you are hell-bent on destroying this father of 4 is unfathomable! Wivu tu na roho mbaya.

Trump was merely trying to get rid of those who would stand in his way or expose him. In the meantime I'm trying to figure out what sort of money he had to bribe the police, the pathologists and the insurance company agents to look the other way. Are you a detective or a pathologist and do you have details that make you doubt the conclusions leading to the decision to call the death accidental? Murder has no statute of limitations so please share what you have.

A recent watchdog report found that almost half of Americans polled believe that the U.S. justice system is corrupt. ... Altogether, research indicated that some 2.5 million bribes are paid each year within the U.S. Justice System, according to Pew Research, Yale Law School, and other sources.Aug 27, 2015