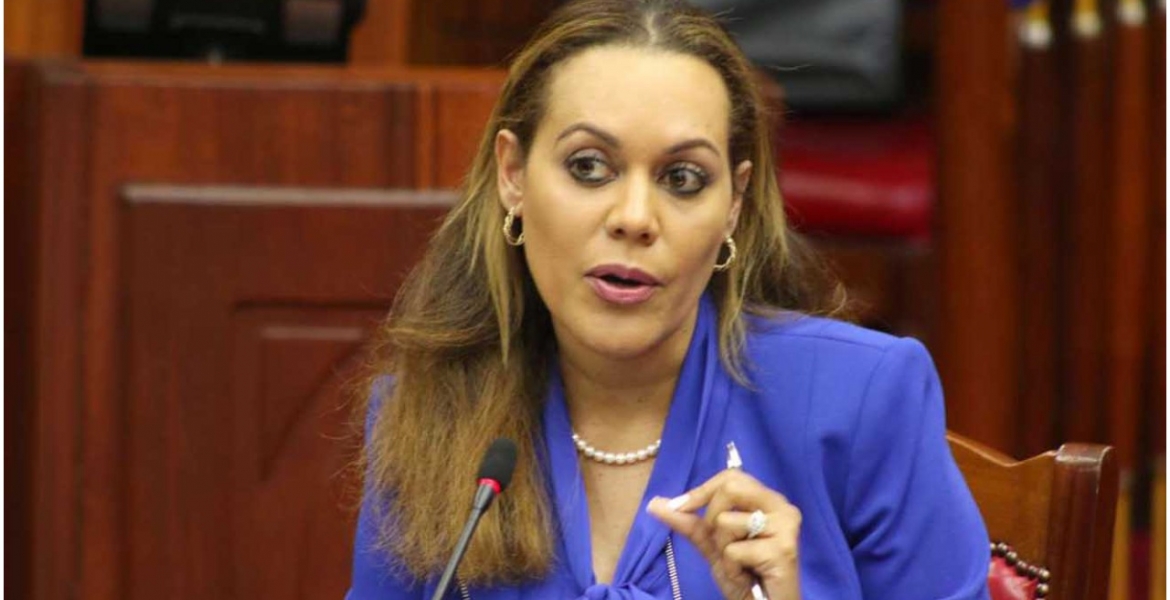 The appointment of Kenyan-American Mwende Mwinzi as Kenya’s Ambassador to South Korea became a subject of debate in the National Assembly on Thursday.

The matter was raised in the House by Mosop MP Vincent Tuwei, who questioned the process leading to the appointment of Mwinzi to the ambassadorial position.

Tuwei indicated that the National Assembly should not allocate funds to the Kenyan Embassy in Seoul until the controversy surrounding Mwinzi’s appointment and subsequent assumption of office is addressed.

“I think this is a very important issue, where the law says that the appointment can only take effect by the approval of this House,” said Tuwei.

On his part, Rarieda MP Otiende Amollo wondered how Mwinzi was posted to Seoul, saying the move is in contempt of Parliament.

He added that claims that a court had made a ruling over the appointment were a fallacy, insisting that the court only made certain directions that were rejected by the House.

“There can be no other way around it. If the House rejects, there is no other legal process where one can end up being appointed.”

The House is on Wednesday next week scheduled to debate a report by the implementation committee on Mwinzi’s nomination.

Mwinzi formally assumed the position on Wednesday after she presented her credentials to South Korea President Moon Jae-In at the presidential office Cheong Wa Dae in Seoul.

In October last year, National Assembly Speaker Justin Muturi blocked attempts by MPs to stonewall her appointment to the position. Muturi stood down a motion in which Parliament's Committee on Implementation wanted MPs to reject Mwende's nomination for failing to relinquish her US citizenship as directed by the House in June 2019.

But the High Court ruled that Mwende cannot be forced to renounce her US citizenship to take up the post. In a ruling dated November 14th, 2019, Justice James Makau noted that an ambassador is not a State officer, but a public officer, hence Mwende is not required by law to renounce her citizenship.

There can be no other way around it. If the House rejects, there is no other legal process where one can end up being appointed.”
The route is CORRUPTION: kujuana na kitu kidogo

Mrembo chapa kazi. And eat like the rest of the flock.

It is like the Kenyan-Kenyan amabassadors do S### when our Kenyan workers abroad suffer or even die in the Arab countries in this age and time...Let the lady do her job first, then judge later. Na mfanye kazi yenu tuliowapea pia nyinyi wajumbe...just yapping out won't help us...or anyone for that matter.

The lady has chosen impunity.
Congratulations to her.

... to me, is about standardization of the Law, and the Constitution, to apply equally to everyone. No one is above the Law. The Kenyan Constitution, as it is right now, does not allow Mwende Mwinzi to be the Kenyan Ambassador to South Korea, because she has not met the Kenyan Constitutional requirement of being approved by Parliament. Uhuru should just have revoked the appointment, to end the endless legal arguments, which help no one, while Kenyans who need an Ambassador in South Korea remain in limbo. And the legal arguments are not going to end there. As an American Citizen, US law says that Mwende Mwinzi's first duty is to the US. So who will she be serving in South Korea? Kenya or the US?

Congratulations! Don't let them put you down. Keep on shinning.

Settled Nomad - she will be serving her employer,who is GoK. The rest is jealousy from people who are salivating at her position.

"....Justice James Makau noted that an ambassador is not a State officer, but a public officer, hence Mwende is not required by law to renounce her citizenship...." says it all. Fanya kazi mrembo. These MPs don't even address the issues we hired them to do. Serve the Wanjikus and Wagios first.

Political APPOINTEES...
She got some good s$$t between her legs.
UHURU enjoyed it.
Kenya have more QUALIFIED people than alot of the other nations..and we settled for her? Come on people, this is some BS.
REVOLUTION F'IT.
LET'S RECLAIM WHAT IS RIGHTFULLY OURS.