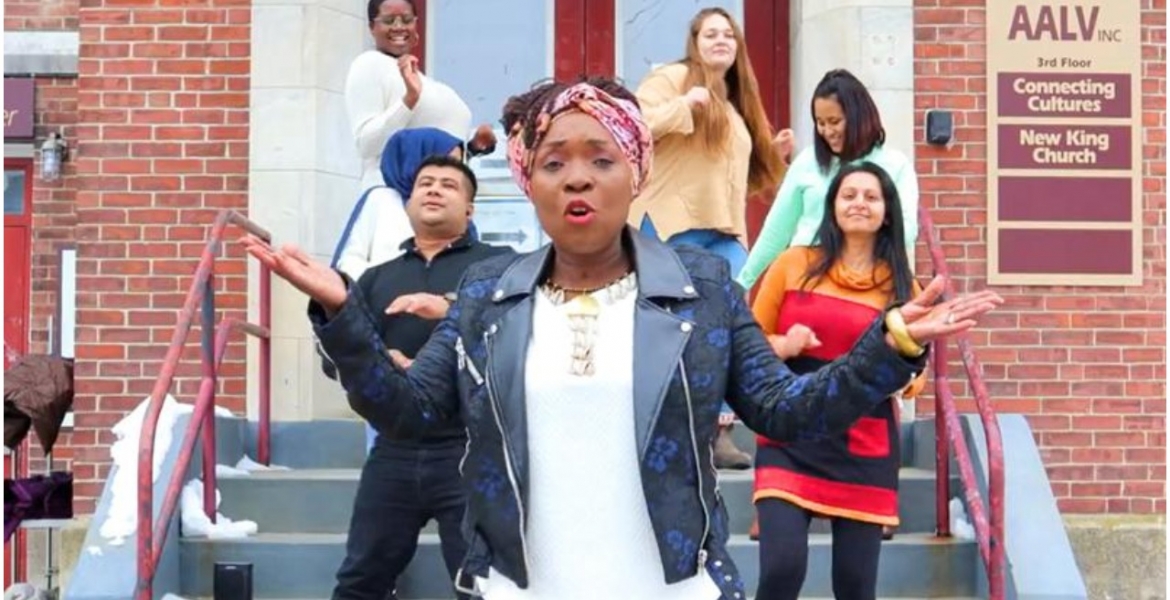 Irene Kerubo Webster, a Kenyan woman living in the US has released a Swahili song that encourages the African community in Vermont to take the COVID-19 vaccine.

Irene, a resident of the Burlington area in VT, is a performing artist, social worker, and the lead singer in the Afro-folk-jazz group KeruBo.

Her song dubbed “Chanjo,” which means vaccine in Swahili, addresses the misinformation about the COVID-19 vaccine.

“I work as a community outreach caseworker for the refugees that have been settled in the area where I live in Huntington and Winooski. And I realized that my community was not to sold on the idea of using the vaccine,” Irene said in an interview.

“They were afraid of the vaccine more than they were of the coronavirus itself because they seem to be victims of misinformation. The best thing to do was to try and show them because I lead, I’m a leader in the community, that I, too, am participating [in the vaccinations]. And it's all good, the information out there is accurate, and so the song was a way for me to disseminate information that is otherwise dry, and make it into a song that's fun. So I wrote the song Chanjo.”

Irene, who was born and raised in Kenya, is married to American Michael Webster, who she met Nairobi in the early 2000s. Irene formed her Afro-jazz band after suffering an aneurysm that nearly claimed her life.

Encouraging people??? Amazing.. That is for privileged people. Than God. Back here in Africa, we are told it might take an year or two to vaccinate -(and that is, if Lady Luck rides with the Sun)

LeBron and many not approved this. Due to Tuskegee experiments