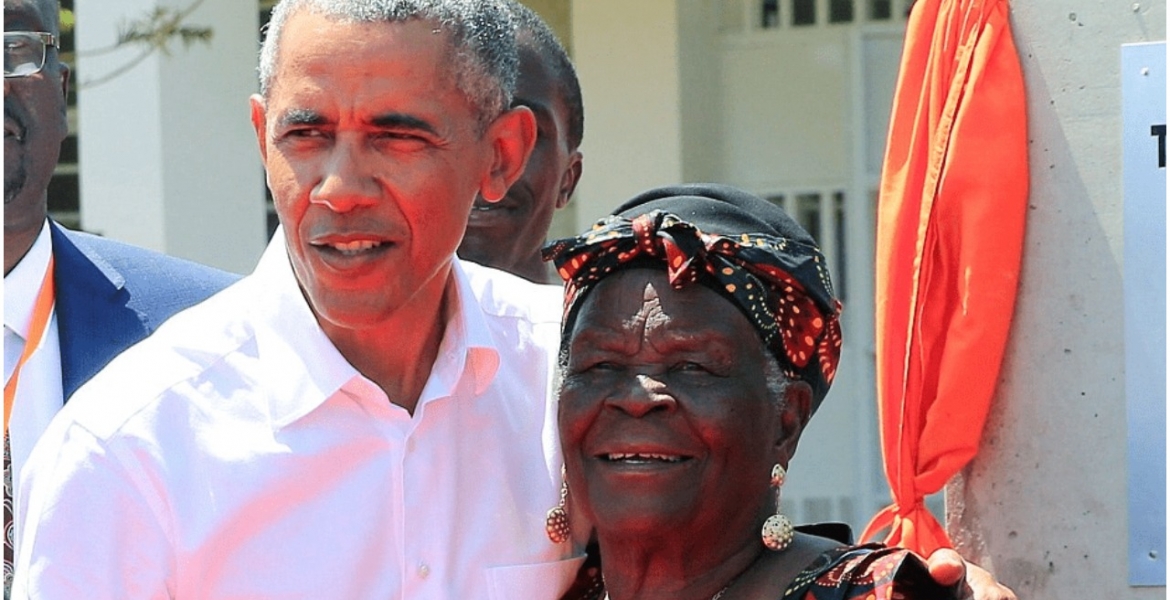 Mama Sarah, who was the third wife of the paternal grandfather of Obama, died at the Jaramogi Oginga Odinga Teaching and Referral Hospital in Kisumu on Monday morning after a short illness.

“My family and I are mourning the loss of our beloved grandmother, Sarah Ogwel Onyango Obama, affectionately known to many as “Mama Sarah” but known to us as “Dani” or Granny. We will miss her dearly, but we’ll celebrate with gratitude her long and remarkable life,” Obama wrote on his social media pages.

Obama praised Sarah for raising his late father Barack Hussein Obama Sr. like her own son even though he was not her biological child.

“Although not his birth mother, Granny would raise my father as her own, and it was in part thanks to her love and encouragement that he was able to defy the odds and do well enough in school to get a scholarship to attend an American university,” Obama wrote.

He added: “When our family had difficulties, her homestead was a refuge for her children and grandchildren, and her presence was a constant, stabilizing force.”

She will be buried at her Kogelo village home in Siaya County on Tuesday in line with Muslim burial traditions.

“When I first traveled to Kenya to learn more about my heritage and father, who had passed away by then, it was Granny who served as a bridge to the past, and it was her stories that helped fill a void in my heart. During the course of her life, Granny would witness epochal changes taking place around the globe: world war, liberation movements, moon landings, and the advent of the computer age,” said Obama.

He added: “She would live to fly on jets, receive visitors from around the world, and see one of her grandsons get elected to the United States presidency.”

Great tribute! President Obama has a beautiful soul! So gracious and full of gratitude despite the odds!

See we did not know that your father was not her son.