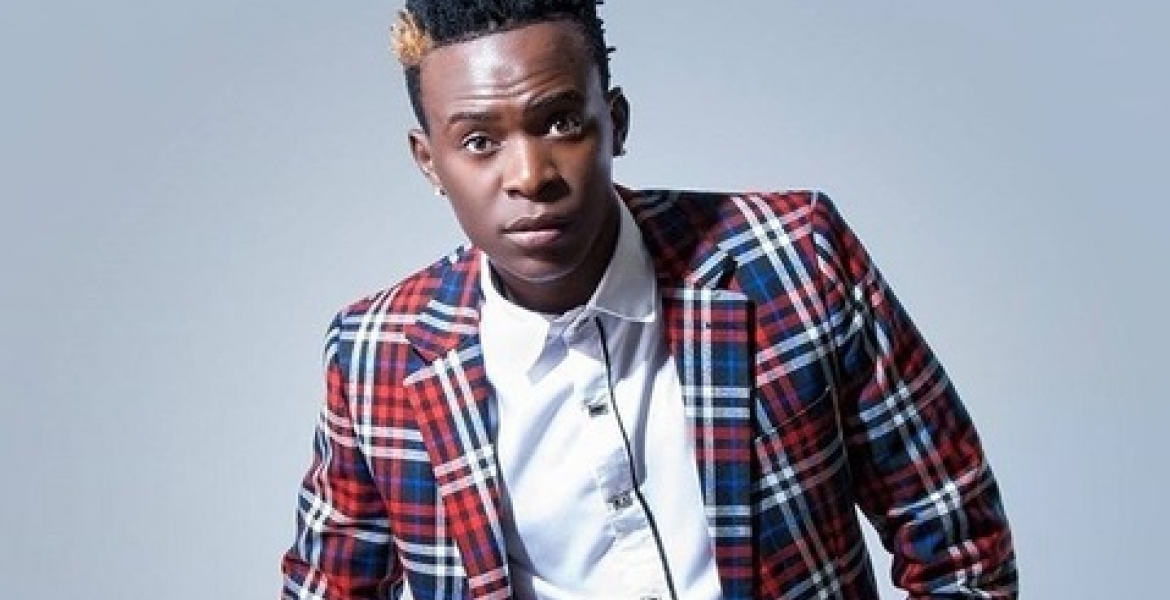 Gospel singer Willy Paul popularly referred to as Willy Pozzee shocked many fans after using money to wipe out sweat while performing at a live event.

The Gospel star decided to show how loaded his pockets were when he dished out bundles of cash and tossed to the audience while performing on a live Television show '10 over 10', aired on Citizen Television and hosted by Willis Raburu.

After wiping his sweat with a Sh1,000 note, the  singer gave it to a female fan nearby the stage.

He rhetorically asked, “kuna joto eeh? …sina kitambaa lakini naeza jipanguza tu na kitu niko nayo sio?” (…is it hot eeh?...I don’t have a handkerchief but I can wipe the sweat with what I have, right?” he posed.)

The Digiri hit maker further reached for a note from his pocket and used it to wipe his face. He would then stop performing and instead took out a bundle of Sh1,000 notes and dished out to crowd asking them, “mmeshibaa… hamjashiba?”(…are you satisfied or not).

Willis Raburu, who hosts the show, had a difficult time putting questions to the artiste, who at the time was carrying cash in a thousand Kenyan shilling denominations on his hand.

After the interview was wrapped, Willy Paul threw the cash in the air, creating commotion in the studio as the live audience scrambled to grab it.

The singer revealed that the inspiration behind his new song Digiri was to disapprove the emphasis put on education as the key to success, adding that no human being needs a document such as a degree certificate to access heaven.

This is stupidity. Will Paul does not help his mother and does not want to be seen with her. He hide when going to visit her. some of this careers do not last for a long time. Billy Gates the richest man in the world cannot such a stupid act with his money

Kenyans at there best once again! Ok Willy is in the entertainment industry and this is a strategy to attract more fans. Shida iko wapi! This is a person who has worked had and is enjoying his own sweat. We don't need negative news on him, everyone should be happy for him. Ama you want him to adopt the Kenyan mentality where we should all do bad together? Jameni! He even gave the people money waaah....

This man could as well be a devil worshipper behind the scene, It is undeniable that People all over the world worship false gods and Satan, The characteristics of this man clearly put him in the category of devil worshippers. He worship money, baths in water mixed with soap and currency notes and dries up himself with currency notes. No God fearing person can do that. The Bible teaches us to humble ourself. The richest of rich are the most humbled people you can come across. This so called gospel singer is not letting people breath because of the few thousands or million Kenya shillings he may have. Jesus called Satan a “murderer” and the “father of lies” (Matthew 8:44) who comes to “steal, kill and destroy” (John 10:10). While the devil lies and kills, the Bible tells us Jesus is “the way, the truth and the life” (John 14:6). I say Willy Paul ashindwe!!!!!

You are right Dr. This fellow does not behave like a Christian should.I Christian is known by his or her actions.Which most often should align themselves with what Jesus would want done.
Someone has already said that this fellow is an entertainer.Certainly dong God's work should not be mentioned in the same breath with entertainment...this is serious stuff.

Wah! There's nothing as dirty as money. Ok, if u have extra, why don't u invest it to help the poor at least buy buddles of 2kg maize meal and give away or educate some kids who lack fees??? Eeeish!

The boy just behaved like one Justin Bieber. His stupid behavior taught him a lesson and he matured. The same gonna happen willy paul. If you too much money it can be channeled charity organizations.

just like nigga. money will take wings and fry from you idiot