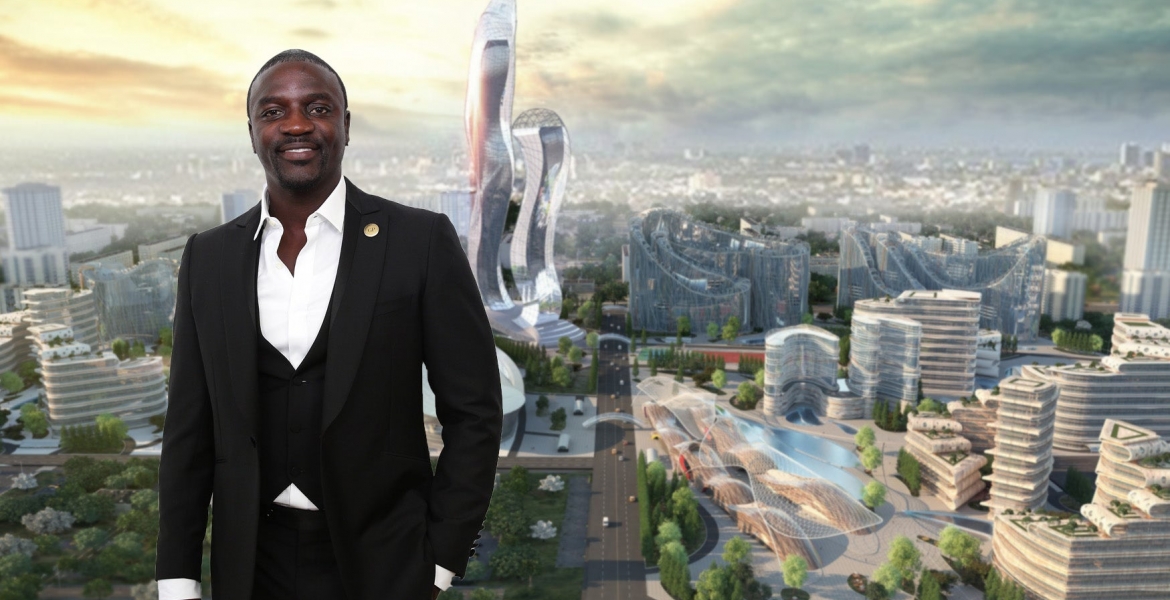 In a recent interview with Nick Cannon, the 46-year-old R&B singer indicated that the construction of the city dubbed “Akon City” started in March this year.

Akon announced plans to build the city during the Cannes Lions Festival in June last year, saying that it would be a 100 percent crypto-based city. The city will have its own air terminal for residents and tourists to fly in and out and will be “renewable,” with a focus on solar energy.

“It’s Akon City. It’s all renewable, the Akon-tainment solar city. A real physical place, it’s going to have a real airport,” he said in the interview.

It will sit on a 2,000-acre land given by Senegalese President Macky Sall and will be only a short drive from Dakar, the capital city of Senegal. The new city will take 10 years to build.

“It’s a 10-year building block so we’re doing it in stages. We started construction in March and stage two is going to be 2025,” Akon noted.

Last year, Akon said he believes his cryptocurrency named Akoin, could be the "savior of Africa." "I think that blockchain and crypto could be the savior for Africa in many ways because it brings the power back to the people and brings the security back into the currency system," Akon said.

He added: "Cryptocurrency also allows the people to utilize it in ways where they can advance themselves and not allow the government to do those things that are keeping them down."

Now that is my all time entertainer! Tired of so called celebs whose idea of making it is showing off their latest woman purse ( latest catch ) , useless highly depreciating assets = cars etc.

Akon is a genius I can't only attribute his genuine to music but also his entrepreneurial skills everything he does stands out. Known as an artist he feels our souls It's something absolutely fantastic but his efforts to light up Africa is an expression of the affection he has for Africa. I've been unfortunate not to see in person even though I was in Monrovia Liberia when he visited there. I'm a special admirer of him and wish to meeting him one day. Bravo Akon.

I have always loved Akon and seemingly I won't stop any time soon. This is genius! So my next dream visit is to Akon City, some 15 years down the line.

How can Akon be reached. We would like to build an organic community in Amexen

Mr Akon it will be good job never done before and you're the first person to have that I dea.God bless you the lest your life thanks Doctor Akon