I Got Pregnant by Mistake and I Wanted to Abort Diamond Platnumz’s Child, Tanasha Donna Says 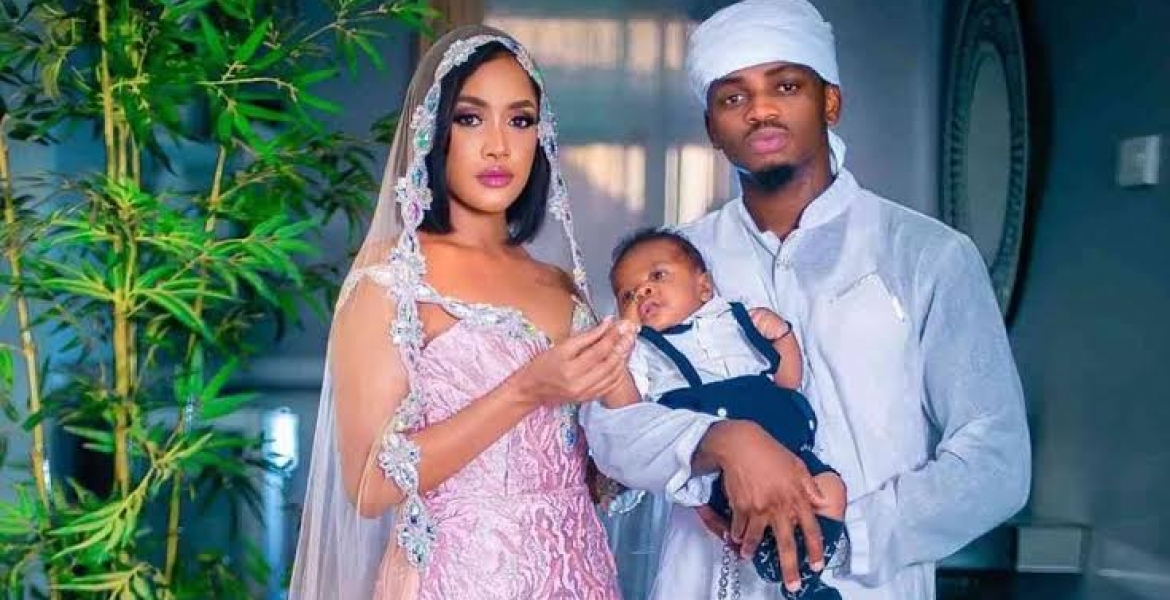 Tanasha, in an interview with True Love Magazine, said she was not ready to be a mother and was shocked to learn that she was pregnant for the Tanzanian Bongo Flava artist.

Tanasha, who ended her relationship with Diamond last month, further confessed that she contemplated terminating the pregnancy.

“I was careful not to fall in love with him completely because I wanted to know him better. I was shocked to learn I was pregnant for him. I was not ready to be a mother. It happened because I was not keeping track of my menstruation cycle,” the radio presenter-turned-musician said.

“I really thought of terminating the pregnancy and also promised myself to be more careful next time, should I have gone the termination way, but thank God I did not go through with my thoughts,” she added.

Tanasha said she broke up with Diamond after learning that he not committed to their relationship and she was the only one fighting to keep it going. Tanasha added that she failed to meet Diamond’s expectations in the relationship, leading to a disagreement.

“At some point, I got a bit lost because now a child is involved and now, I’m thinking about my son, not just me, I don’t want my son to grow up without a father. I’m really trying to fight for this relationship, but I can’t be the only one fighting, so I had to think of what’s best for me and my son too.”

“Towards the end, things were getting rocky, for about 6 months but we were still trying to see how we can make it work and then it got to a point where you see the other person has just lost interest,” said Tanasha.

The two began dating in November 2018 and were blessed with a son last year.

When will women realize this so called diamond is not a real man but a dog? I shiver when I hear his name mentioned!!!

You were having unprotected sex and not using birth control....... then pregnancy shocked you. I have also been consuming 5000 calories a day, not working out and my weight has really shocked me. How bout that.

We all got your point she should have been more extra careful.... besides we don't know if she was or not. She is out here trying to make the best of the situation and she ain't asking for a lending hand, ok!

So Tanasha be strong!

Yeah rite,keep a nigga baby did not work for u. U should have listened to Zari n stayed away
Fool does not take care of the kids he got.

You know you can get pregnant any time you do it. Stop the nonsense of saying you got pregnant by mistake. You do not know the damage you have caused to that baby. That baby will grow knowing he is unwanted. The generation curse continues.

I was thinking of same. Why would a mother share those kind of comments that they once thought of taking the life of their baby. So sad. This baby will forever be traumatized and feel unwanted. Next time use protection and if you are single I have been looking. Find me here right here

Totally agree with previous comments idiocy and ignorance is not an excuse for the consequences of your actions. 99.9% of our choices in life are deliberate so don’t sit there and say it was a mistake. You had a choice and the choice you consciously made was to sleep with this man so now boldly embrace the result s of your choice

Wewe stop campaigning on line muonane Instagram where you can DM her.She needs to drop the facade not so long ago it was reported in the news how her family had misgivings about Diamond how he was going to impregnate her and dump her.They insisted he marry her Diamond was rumored to have even bought a house in Kenya in preparation for the wedding.She thought she was better than the one before her now she has learnt the hard way .The child is the victim here and she needs to state the truth since Diamond did not marry her that was the second option.A pay check for 18 years assuming she will even get that.She got played.

Fools only show me what Not to do

Sorry you thought that poor baby would be the glue to keep him around. You never knew your self-worth.

This makes me wanna sneeze ooh! When she was panuaring mguu, she thought Prof. Inama was letting in h2o???lol

Diamond ain’t that type of dude that sticks to relationship, few years back he was with Zari and You knew he didn’t keep her, anyway make sure the baby is not involved in your games!

Diamond can’t keeps relationships and you knew he didn’t keep zari, make sure the baby is not involved in your games

Tanasha how did you feel when you found out that simba was playing on you??!Same feelings applied Zari,so take heart and remember wat goes round comes round success as you raise you so.