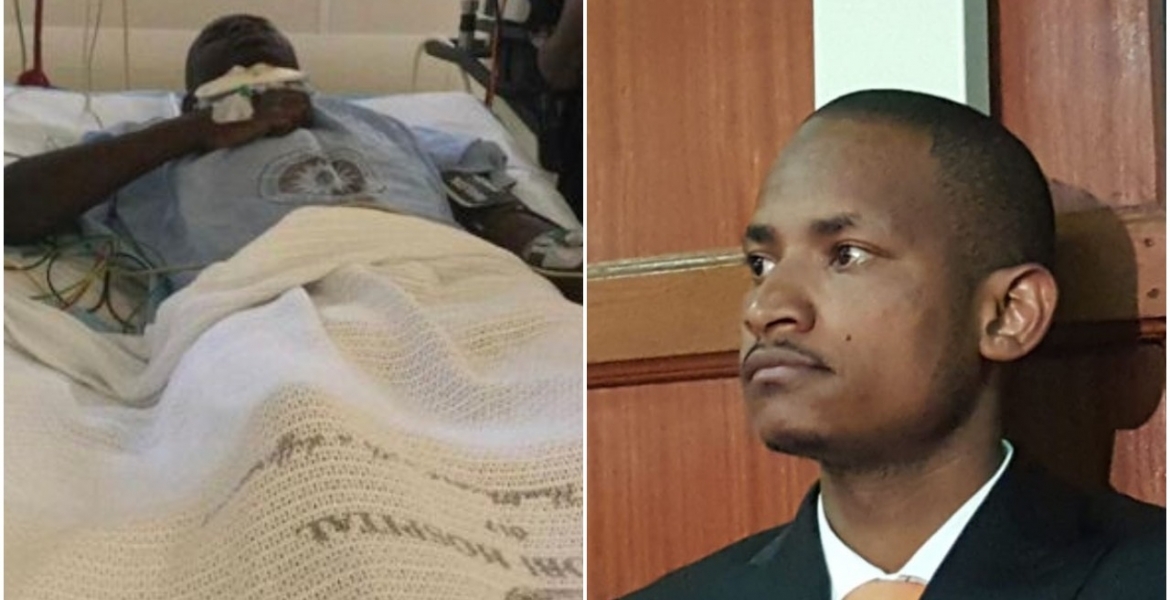 A Kenyan man who was shot and badly wounded by Embakasi East MP Babu Owino has been discharged from the hospital.

Orinda was shot on the neck at B-Club in Nairobi’s Kilimani area on January 17th and has been undergoing treatment at the medical facility.

He was first admitted to the intensive care unit (ICU) and is said to have undergone multiple surgeries.

Doctors at the hospital told the family of Orinda that he will be monitored at home, The Standard reports. He is still unable to walk and is also struggling to speak.

Entertainment blog Mpasho shared a video showing Orinda being helped to get into a standby vehicle on an adjustable bed provided by the Nairobi Hospital.

DJ Evolve has been discharged from the hospital. He still can't walk. The hospital has provided him with an adjustable bed. He now can talk but only in a low voice due to the many operations he underwent. pic.twitter.com/ffT6vr0Xzt

Following the shooting incident, MP Owino was arrested and arraigned in court, where he pleaded not guilty to charges of attempted murder and disorderly behavior while carrying a firearm.

He was freed on a cash bail of Sh5 million pending the hearing and determination of the case.

In an interview last month, Owino said he fully paid Orinda’s hospital bill amounting to Sh15 million, adding that his friendship with the disk jockey was not affected by the shooting incident.

“The thing that happened is between me and God and I chose to forgive myself. I have been paying the bills and I settled them, Sh15 million. DJ Evolve is waiting to go home as he was discharged from the Intensive Care Unit to the wards,” said Owino.

He added: “DJ Evolve is a personal friend and no one can come in between us. Everybody has their own challenges and no woman nor man should judge me. I will not take it lightly.”