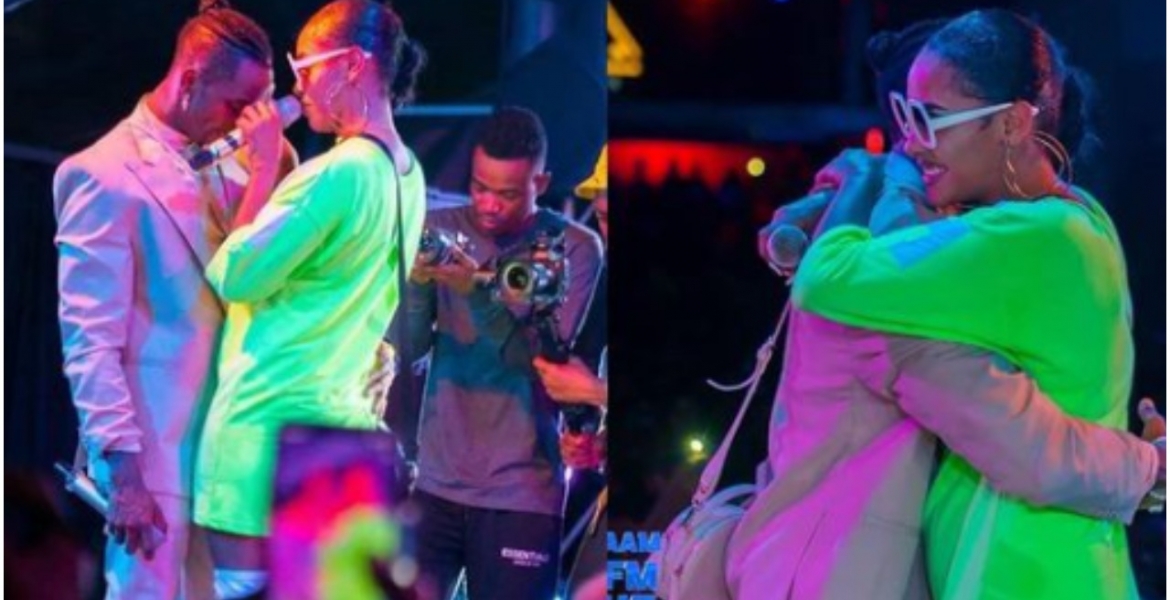 A video of Tanzanian singer, Diamond Platnumz and his former Kenyan girlfriend, Tanasha Donna performing together has left tongues wagging.

Tanasha recently traveled to Tanzania with her son, Naseeb Jnr, and reunited with her baby daddy (Diamond) in his Dar es Salaam mansion, where she spent the night.

On Saturday night, Diamond accompanied Tanasha to a concert in Dar es Salaam, where she was scheduled to perform.

While performing their song ‘Gere’, Diamond jumped on the stage, with the two dancing and hugging amid cheers from the excited crowd.

In the video, Diamond is seen whining his waist as his baby mama grinds on him seductively, sending the crowd into a frenzy.

Addressing the media upon landing in Tanzania, the ‘Radio’ hitmaker said she was in the country to shoot a music video with Tanzanian songbird, Nandy.

This is her first visit to Tanzania since her breakup with Diamond in March 2020.

Tanasha told True Love Magazine that their break-up was fueled by Diamond’s lack of commitment to the relationship and that she failed to meet the Bongo Flava singer’s expectations.