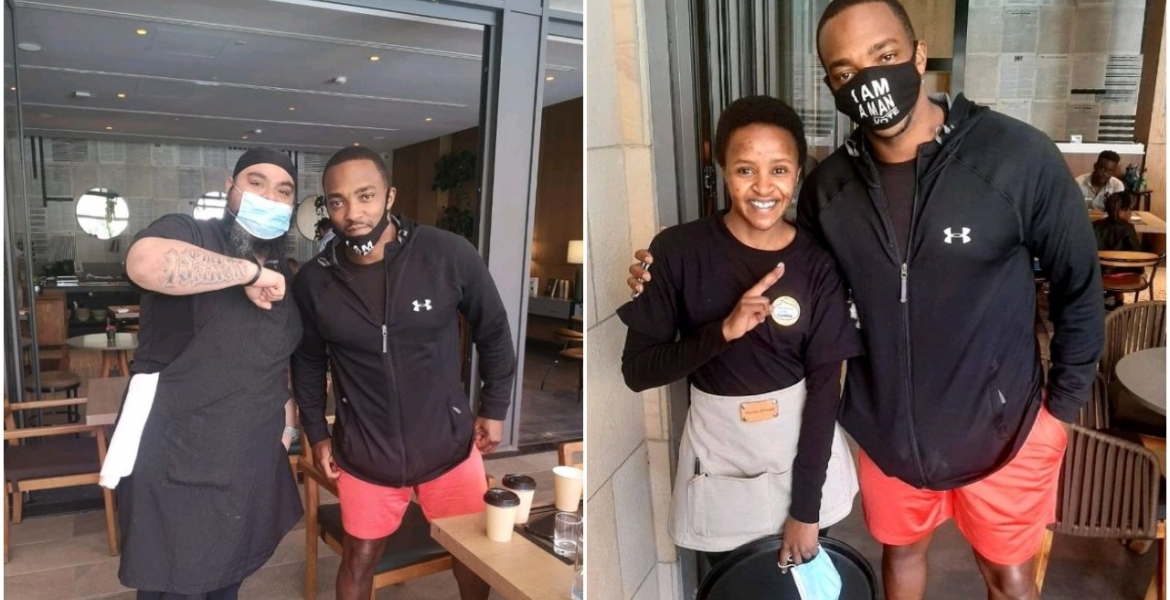 Popular American actor, Anthony Mackie is on a vacation in Kenya.

The award-winning film star was over the weekend spotted hanging out in Lavington, Nairobi.

Mackie, who was dressed in a black shirt and hoodie, and red shorts, was seen taking photos with his fans and workers at Social House Nairobi—a high-class restaurant in Lavington. The hotel shared several photos of Mackie on its Instagram page.

“Well, would you look at who showed up for today’s #sundaybrunch👀. Yes, you guessed right, it’s @anthonymackie in flesh and blood🤪.”

“The social house is so proud to have made a new super-hero rafiki! When we tell you this is the place to be, you can take it to the bank😌.”

The 42-year-old has been featured in many Hollywood films and TV series including Captain America, Avengers: Endgame, Age of Ultron, Triple 9, Outside the Wire, and The Hurt Locker, The Banker, Point Blank, Ant-Man, among others.

He joins the list of international celebrities who have recently visited Kenya, among them American singers Ashanti and Madonna, and British model Naomi Campbell.

You obviously care cause you commented