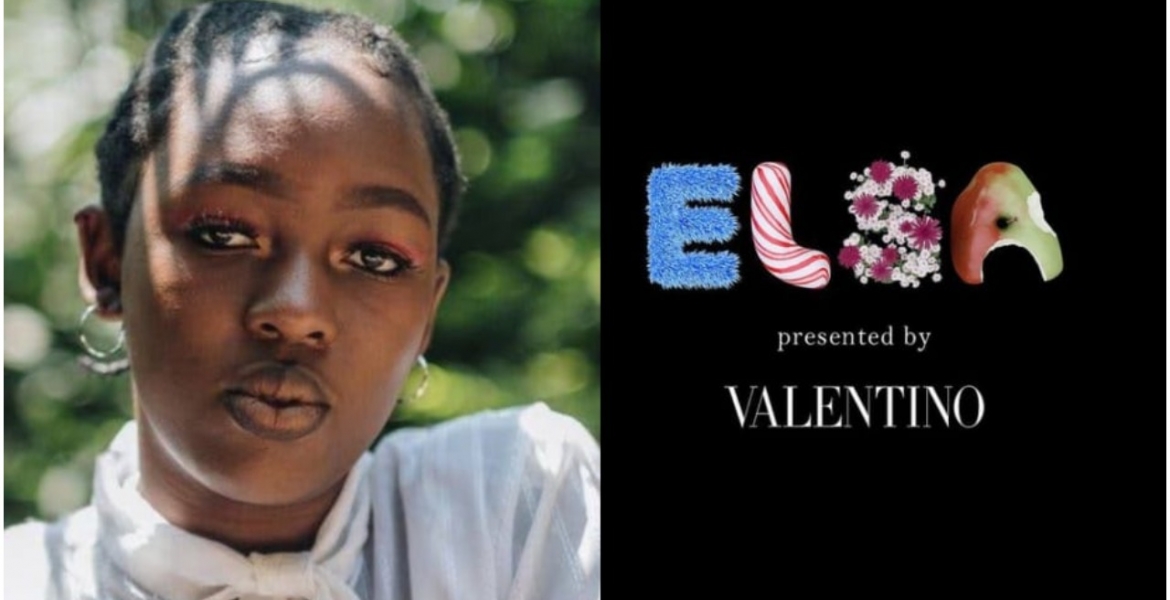 Kenyan internet comedian Elsa Majimbo’s star continues to rise a year after she shot to stardom.

The 19-year-old has signed a deal with Italian luxury fashion house, Valentino for a special project.

Valentino, which was founded in 1960 by Valentino Garavani, announced on social media that it will be collaborating with Majimbo in an upcoming project.

“It is Elsa’s world, we are just living in it. Valentino is proud to announce a special project with writer, actor, and comedian Elsa Majimbo, culminating in a soon-to-be-released collaboration. Stay tuned to find out more. ElsaxValentino,” the fashion house wrote.

Commenting about the deal on Twitter, Majimbo said: “On Tuesday I was wearing Valentino on the cover of Teen Vogue. On Friday I announced I am working with Valentino. That is how we do baby.”

The teenager rose to fame last year after her comical videos went viral on social media following a nationwide lockdown due to the Covid-19 pandemic.

In November 2020, she won the prestigious E! People’s Choice Awards in the African Social Star category. She also become a Fenty beauty ambassador, partnered with MAC, appeared on Comedy Central, and has been nominated for a Nickelodeon Kids Choice Award.

This girl is very good in whatever she is doing.

Most of these Fashion moguls problem is Using women to the Bottom pit. They tell you lose (extreme) weight for Example to Fit their Clothes. Or coerce you for Sexual favors lest they Stagnate your Fashion career.

I just pray God protect n save your soul. Some big corporate and Hollywood contracts are devil powered such that when you sign the 1000 page thing it includes joining luciferian system. It's subtle recruitment

She is not funny or maybe her audience are the those youngsters who listen to Billy Eilish.Just do not get her dry sense of humor .To each his own

Lupita has been replaced, a new young talentless black African girl to uplift, just hope they will not drop her to oblivion when they are done with her - holly weird is weird indeed. And like said elsewhere, I do not find her funny at all - jokes are dry and obvious aka that is how we Kenyans talk, Hollywood just discovering that

I too do not find anything funny about her...someone is propping her up to mess with Kenya/Africa.

If these people really want talent in Africa, it is all over. Nothing special about this one.