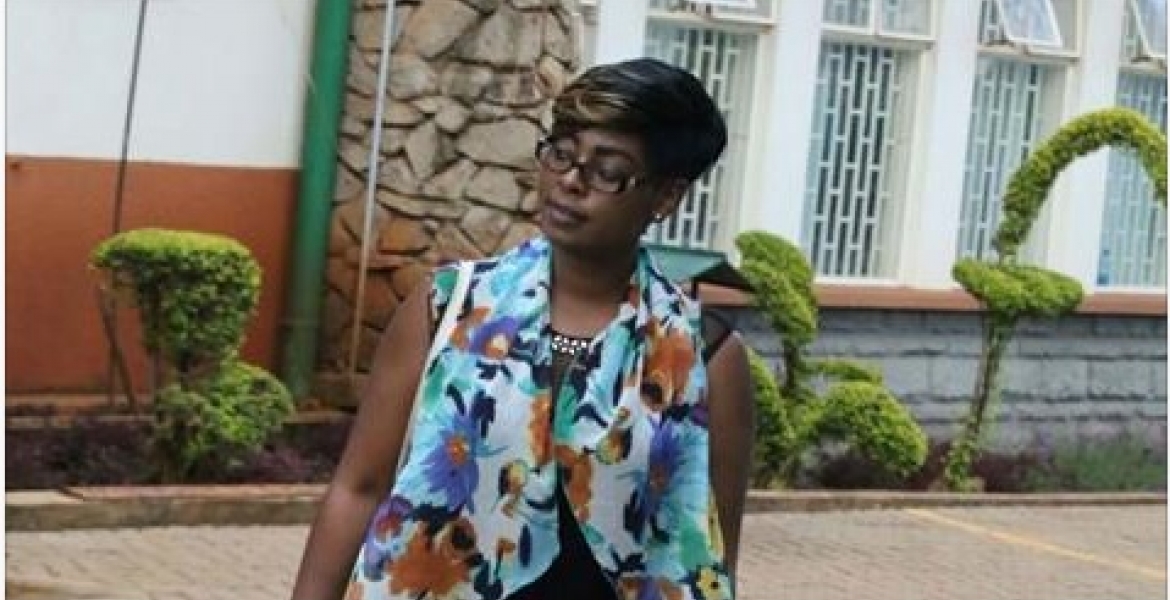 A Nominated MCA was thrown out of Nyeri County Assembly on Tuesday for dressing contrary to the rules of the house.

Beth Nyawira was ejected from the Nyeri County Assembly for dressing indecently, only a week after Speaker John Kaguchia cautioned against breaking the rules on mode of dressing.

Kirimukuyu MCA Anthony Ndagita raised alarm after realizing Nyawira was in a sleeveless dress that revealed her arms and sought direction from Deputy Speaker Samuel Kariuki. “Mr Speaker kindly guide this house on the mode of dressing of the honourable member. The speaker recently ruled on how MCAs should dress,” he said.

The deputy speaker found that Ms Nyawira ignores Speaker’s rules on dressing and directed Sergeant at Arms to kick her out of the Assembly.

Mr Ndagita pointed out that there was need to correct the dressing of the members in order to preserve the respect of the Assembly. “We cannot be scared of creating enmity when we are only correcting each. If we take a back seat on some of these issues they may haunt us,” he said.

Last week, Nyeri County Assembly Speaker Kaguchia urged MCAs to dress decently after concerns were raised by Karatina MCA Watson Mburungo that women MCAs were wearing miniskirts. “This assembly is a House of honour and therefore all members must carry themselves in an honourable manner. The members’ dressing and mannerism during plenary should not bring the reputation of the assembly into disrepute, ” he said.

Mburungo & Co should know that Nyeri county assembly like 48 others including parliament and senate are just graves of theft and extortion.They are ATMs where about three thousand thugs are paid an average of shs 500000 per month for nothing.Nyawira should even have gone there naked because she was nominated to correct salary as she represents herself.

Does the building has AC? You cannot tell people to wear long sleeves in a very hot building. that does not look like indecent way of dressing

Women who behave like this Could be Carrying a Bad INFECTION. And is she is a Christian, her Mchungaji better Watch Out. Even what am I saying? ANYWAY: When you see a Woman Dressed INDECENTLY, do NOT Undress her Further. Instead "Dress Her Up" (in Your Mind and Heart) OR Just Look at Her as if She is Dry Wood one can Split for Firewood. Thus it.

I have a simple solution to dress code,since it has began to bother some. Have Parliament Uniform, thats all. I suggest a well designed african regalia in various colors,but same design. Once they leave parliament,they can dress anywhich way.Lets forget this idea of putting a "ribbon" on our neck without even knowing the origin of that tradition.

Maxiley. I think a SPONSOR Lobbied for this Woman's Nomination. After all Sex(ual look) sells.

This is what Nyeri MCA's spend my grandmother's taxes? To reprimand long sleeved women when there are myriad of problems in that county that needs to be solved. Shame on them!

If you respect yourself and job you will dress decently unfortunately some women are always looking for attention .She deserves it . Respect the office you hold even if you do not respect yourself.This BS that how I dress does not in any way influence my thoughts or lewd remarks from men is false.You present yourself in a certain manner and you will be treated in the same manner.Ati hakuna AC give me a break

These Nyeri men are sooo dumb no wonder their ivory is cut now and then and people wonder why. You do not need to go beyond this to get the answer. What does sleeveless blouse has do with them? She is dress better than those who wear minis or very tight outfit. Hii ni ujinga tupu

Can someone please explain to me what is wrong with her dressing.Michele Obama wears sleeveless dresses all the time.The other day I saw one of the female Govoners in sleeveless top nobody complained.Now am starting to understand why Nyeri men are beaten by their wives who can stand such argument.

OMERA:Birds of the same feather flock together

I am a critic of women and exposing too much skin -- but honestly, this lady is decent... that dress is below the knee. If anything, I'd rather they talk about sandles in bunge... which actually depends on the approved dress-code.

When rules replace reason, then the business of the house becomes trivial. These elected persons need to work on two things the "leader" and the "leadership" otherwise they will remain elected pedestrians, using taxpayers money to fantasize in the house.

When Mark Zuekefberg, the founder of facebook was in Kenya, many were impressed at his simple out fit that included a hoodie.Not even once did I hear any complaint from all the stiff suited fellows that where hoovering around him.
I think we are making abig deal out of nothing.And I have noticed that,its usually men telling women on how to dress.In fact I would rather look at that lady,instead of a fat pot bellied MCA man barreling around... Come on,pay attention to what is on the agenda.If someone is dressed in a bullop bag outfit,and has a solution to youth unemployment, I will listen to him or her.Start focusing on issues.Dress code is not an issue.So long as one is not dressed for a nudity camp,its fine with me.We cannot all have same tests... just because that man with the mind in the gutter says its not appropriate dressing,does not make it so...

This is all about men not being able to contain their ding dongs period.