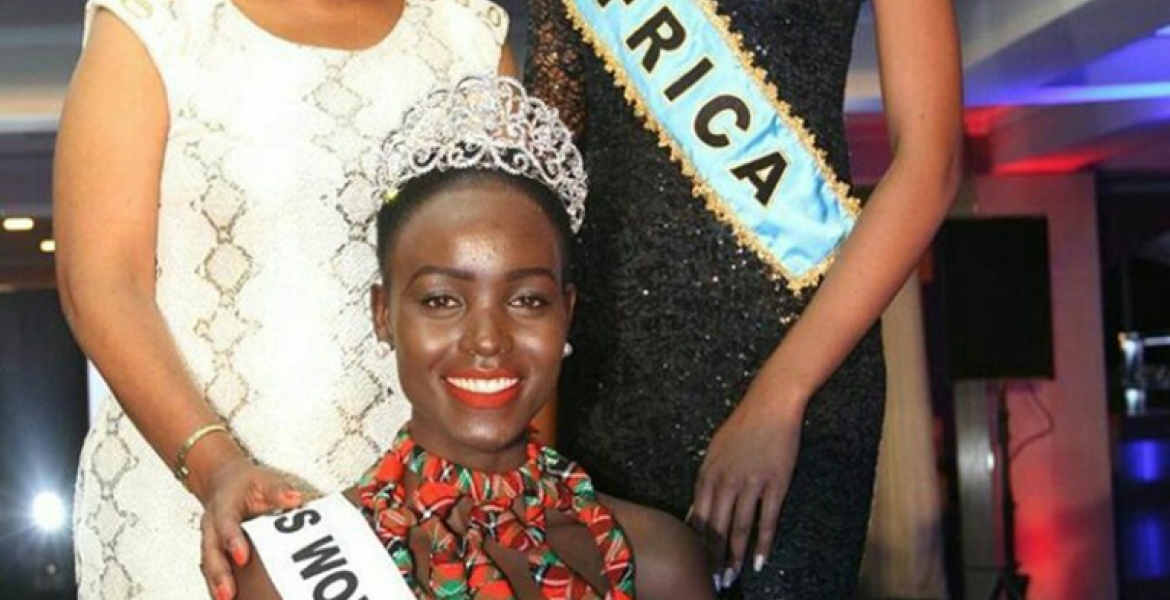 The beauty queen piped seven other competitors drawn from different counties to scoop the coveted title at an event held at The Mall in Nairobi's Westlands on Saturday.

Despite holding open auditions at Two Rivers Mall where over 200 models took parr, the franchise holder Ashleys was forced to draw its finalists from the previous year’s competitors as a result of political temperature in the country and the fast approaching Miss World competitions in China, which would have been time-barred had they sought to organize another event.

The dark-beauty, who has a very close resemblance with Oscars award- winning Hollywood actress Lupita Nyong’o expressed her excitement after being crowned, having unsuccessfully contested twice for the crown in the past.

“I am so happy, I can’t believe I am representing Kenya,” the elated beauty queen said.

“It has been a dream but thank God it has come true,” she added.

Magline has big shoes to fill, given that her predecessor Evelyn Njambi came fifth at the world competitions in Manila, Phillipines last year and went ahead to be crowned Miss World Africa.

She will represent Kenya in Sanya, China, later in the year for the Miss Universe contest.

EVERY BODY IS BEAUTIFUL!

I mara, you are a voice of wisdom.EVERY BODY IS BEAUTIFUL.
In fact parading these young women and their 'wares'is not far from what slave traders did,parading slaves for the highest bidder.
Can anyone tell me how this parading helps society,in matters that other avenues cannot help?

You are right. Slave owners picked the strong and good looking men & women. People should be rewarded according to what they have done. After creation God looked at what He had made and said it was very good. Who is a human being to grade what God has made. eti God yule ni F grade na huyu A grade

@Kenya, @Maxilley and @Imara - You three have talked with wisdom! I wish women would, themselves, refuse to be used like cows for sale.

forgive me buts it's called showbizz....adapt my guys