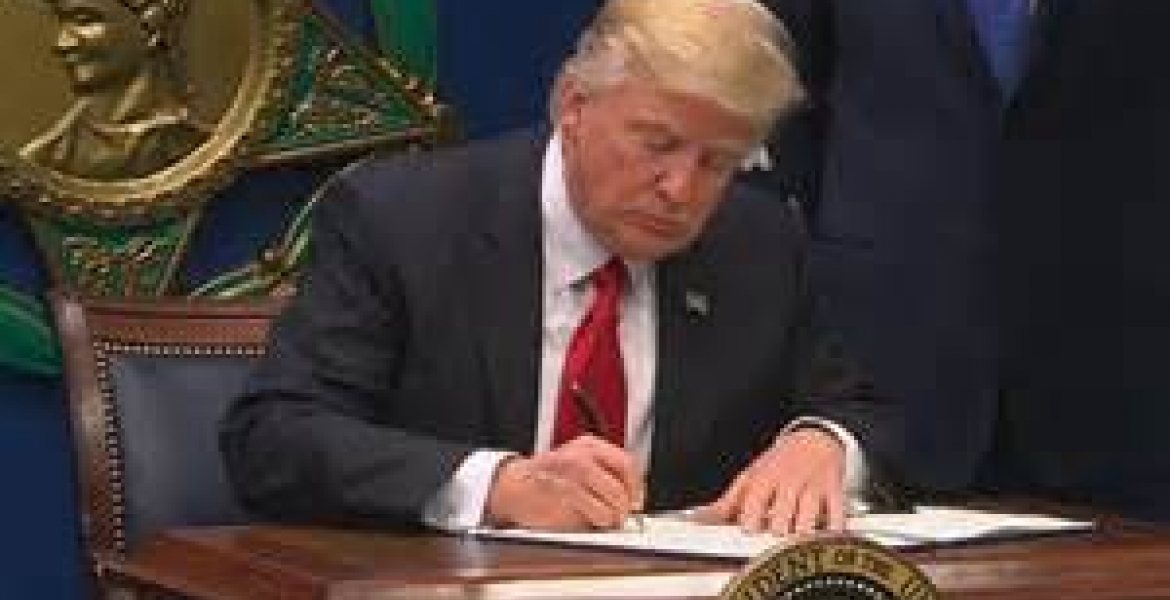 U.S. President Donald Trump on Tuesday signed an executive order aimed at tightening the H1-B visa program, a program that US employers use to hire high-skilled foreign workers in technical fields.

The 'Buy American, Hire American' executive order, signed by Trump at the Kenosha, Wisconsin headquarters of tool manufacturer Snap-On, does not propose any changes to the H1-B program but directs federal agencies to  review and propose changes to the program.

A total of 65,000 visas are made available annually for US companies, mainly those in technical fields such as Information Technology and engineering, to recruit and hire foreign workers when there are no qualified Americans to fill open positions. An additional 20,000 visas are awarded to foreign workers holding advanced degrees. The non-immigrant visas are awarded for a period of three years and can only be renewed once.

Because the number of applicants normally exceeds the number of visas available, the United States Citizenship and Immigration Services (USCIS) awards the 85,000 visas randomly to the more than 200,000 individuals who apply each year. President Trump on Trump criticized this approach, saying: Right now H-1B visas are awarded in a totally random lottery and that's wrong. Instead, they should be given to the most skilled and highest paid applicants and they should never, ever be used to replace Americans."

Critics of the program have proposed forcing Us employers to guarantee a salary of at least $130,000 per year to workers they apply H1-B visas for in a bid to make the program less prone to abuse by employers who use the program to recruit cheaper workers abroad.