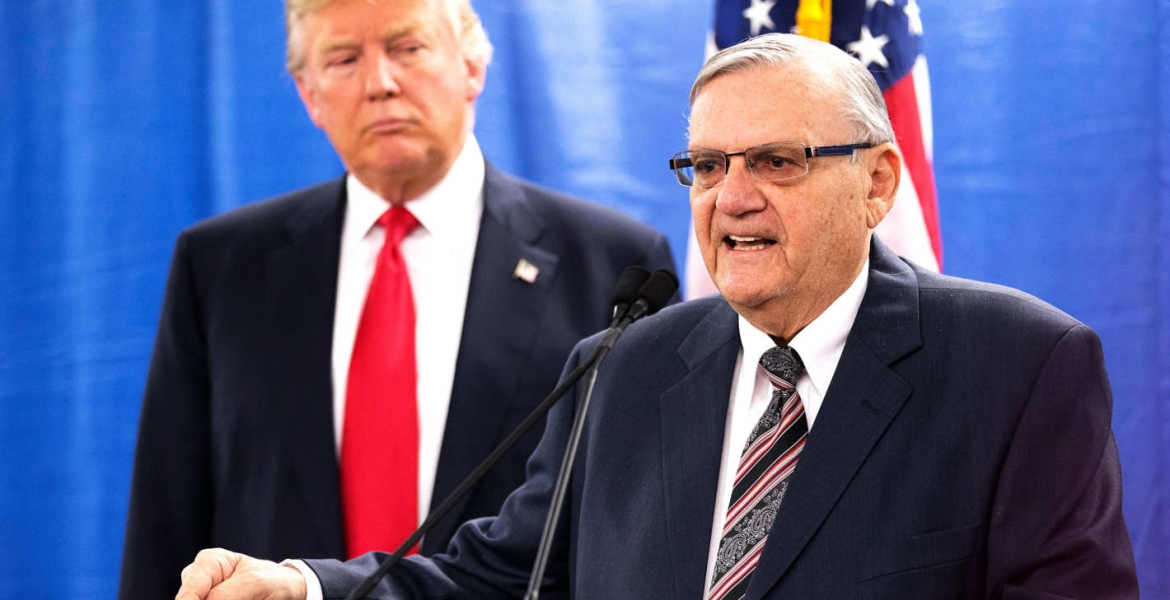 Arpaio, 85, the self-proclaimed “toughest sheriff in America” for his hairline stance in enforcing immigration in Maricopa County, was found guilty of criminal contempt last month.

In the case, he was accused of authorizing deupty sheriffs to stop people sorely for suspicion of being in the country illegally. Arpaio disregarded a court order to stop the practice. "Not only did (Arpaio) abdicate responsibility, he announced to the world and to his subordinates that he was going to continue business as usual no matter who said otherwise," wrote US District Judge Susan Bolton in the July 31 order.

Arpaio had been scheduled to be sentenced on October 5th. In a campaign rally in Phoenix on Tuesday, Trump hinted at pardoning Arpaio. “I won't do it tonight because I don't want to cause any controversy. I'll make a prediction…I think he's going to be just fine,” said Trump in reference to Arpaio.

Arpaio was an early supporter of Donald Trump during last year’s presidential campaign, and Trump touted him for his tough stance on illegal immigration.

Arpaio has in the past been accused of several types of misconduct including civil rights violation, abuse of power, unlawful enforcement of immigration laws. He lost re-election for the county Sheriff's office in November's general elections, a seat he had held since 1993.