African-Americans Seeking to be Kenyan Citizens Land in Nairobi 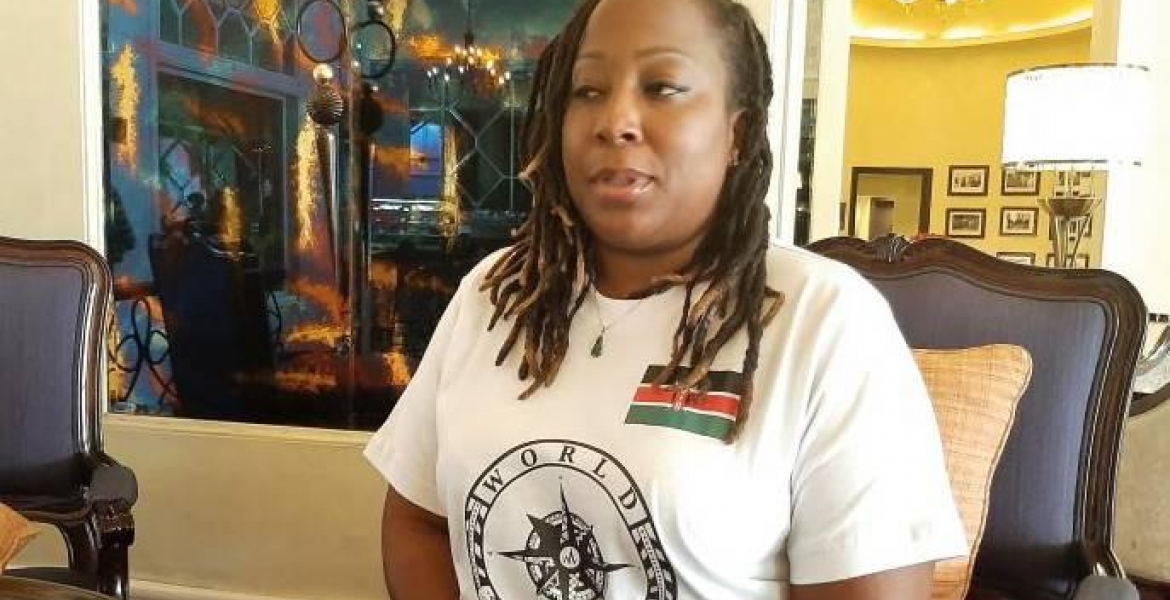 30 African-Americans and African-Britons recently left the United States and the United Kingdom to settle in Kenya and are hoping to become Kenyan citizens.

The group, which landed in Nairobi on Wednesday, says racial discrimination and mass shootings in the US in the recent past made them move, according to The Standard.

The 30 are drawn from the United Kingdom and different parts of the US including North Carolina, Texas, New York, Virginia, Missouri, Florida, Alabama, Nevada, Mississippi, Virginia, and California.

The team was led by Kea Tiffani Simmons, an African-American who has already invested in property in Juja, Kiambu County.

The 37-year-old is the founder of the World Views Organization and has been visiting Kenya since 2012. Simmons said she has already adopted a Kenyan name, Wakesho Akinyi, and has applied for Kenyan citizenship.

“My second Kenyan name, Akinyi, means born in the morning. It reminds me of how good it feels to wake up in the morning and feel no discrimination or profiling based on race,” she mentioned.

Simmons described Kenyans as warm and friendly, saying this was the reason why they chose to settle here.

“The Maasai are the last samurais,” she noted.

Pat Headly, a 65-year-old British-Jamaican says Kenya is the best place for any African-American or African-Briton to settle.

“Some of us live in the UK not by choice but because of black history. Having lived in the UK for 55 years, I can tell you with certainty that the experiences I have had have not been flattering,” he stated.

The engineer by profession says he has invested in Uganda and plans to venture into the real estate sector in Kenya.

You've been in Kenya since 2012 and you do not know citizenship is for sale here in Nyayo house.

This is good news. Hopefully the Kenyan economy can improve in future so that we can have more reverse migration

As long as they are there to open biashara and employ people, if its competing for the few jobs out there ....sijui

It's only a matter of time before you start facing tribalism. Ngoja! Money talks, people around you are still jazzed by your happy-go-lucky, utopia ndoto stories but once everything settles, you'll meet the REAL Kenyans. Look, even Fmr. President Obama would never be elected in Kenya then or now, simply because a majority of Kenyans would consider him a "Kihii" meaning- uncircumcised hence unfit for office. That's the reality Kenyans live in. Hey, it may be easier for you because you're women but unfortunately the same courtesy will not or may not be extended to African-American men or Afro Brits. The kind of highly Patriarchal society Kenya is have already considered you to be less of a threat, women who will be married by Kenyan men and encultured into the Kenyan society and ofcourse bring the wealth from America and American citizenship if you don't denounce your American citizenship. Do not jump onto the bandwagon without thinking things through. Kenya can be close to heaven as long as you can deal with her peculiarities. Otherwise Karibuni

Well, what I can say, I wish them well, I shall wait and see the success of this migration in 10 years. Good luck ladies!

Ghana has made it easier for African Americans to get citizenship. Kenya and other African countries should follow suit...they will bring their knowledge and expertise to better Africa. It's time we look out for our brothers and sisters.

Mhh...o.k! We have the same issues in Kenya ladies, crime, etc. Having said that, I admit we are high in our sense of self/belonging. As my sis FG2, says, all the best!

Lets welcome our brothers and sister's home. They should make it easier for them to settle for sure. As AKON said, "America wasn't made for black people". Just plain truth.

Akon sounds like mkenya halisi. He should gone back to africa before his rap career and then payuka payuka .

Money talks in Kenya, if they have it they will do just fine

Welcome home. We have as many "so called whites" living in Kenya today as we had in 1963. Let us welcome our "so called black brothers". They are our first borns. They are tired after 400 years under the yoke of the "so called white man". As the west makes their countries white again, there is need to welcome our brothers and sisters.

Wapatie nyama choma but you start playing around with them they will knock that ego of your head badly. Yes in motherland. Utakuwa unatupa hao memo yako kama mate wakimaliza na wewe.

let these niggas come back ... ninyandue one of them and get me a negro baby called shakwina .. brary foo

I love Kenya i would make it my home any day

Fuck this niggas & Niggly Bears.
Kidnap their ass for ransom.
Well, I know they ain't got shit having come from the projects.
I know they been on food stamps all they lives.
Nevertheless, kidnap they ass for the hell of it

WOW! I feel sorry for them because from the article they might be moving to Kiambu only to meet ruthless mungiki thugs like you! You sound ruthless for sure. How sad that they might be running away from the frying pan right into the fire!

Lol you can't be serious

Now teach those Kenyans to stop bowing to wazungus.

Kenya looks rosy from the outside but they'll soon discover it's hell over here. Crime, corruption, tribalism, violence, poor infrastructure, millions of unemployed....For a start, they should stick to visiting/touring regularly to get the pulse of the country before they plunge in out of idealism.

The only thing you will be doing is changing problems.Africa has worse problems of it's own.

That even let them be welcome

Hi there... please contact me because I to have settled in kenya and seek out other balanced black Americans doing good things here....thank you

We thank you all for the love and support we do look forward to bringing jobs to Kenya for Kenya's it's a partnership.