Miguna Miguna Books Air Ticket Ahead of Return to Kenya 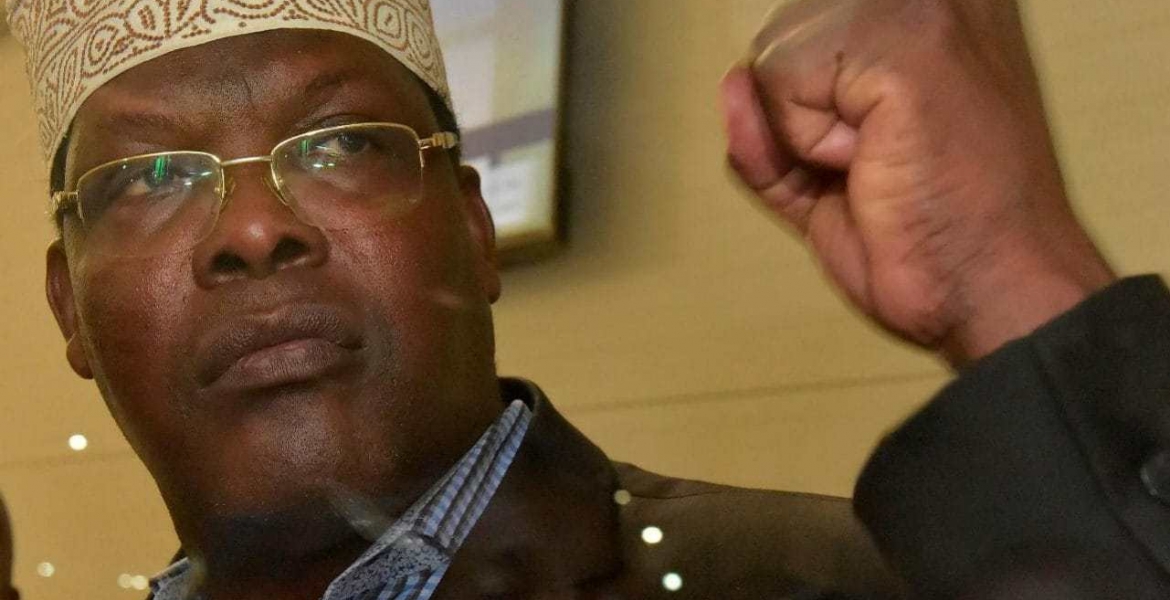 Deported firebrand lawyer Miguna Miguna has booked a flight ticket ahead of his return to Kenya early next month.

On Saturday, Miguna shared a photo of the air ticket on Twitter and captioned it: “Because Justice delayed is justice denied. Viva!”

Miguna had earlier announced he would travel to Kenya on January 11th before he changed the date to January 7th due to what he termed as “public demand.”

This will be his second attempt at gaining entry into his motherland after the first attempt in March 2018 hit the rocks. Miguna was first deported in February last year days after his arrest over his role in the mock swearing-in of ODM leader Raila Odinga on January 30th, 2018.

The immigration department later said that Miguna was in Kenya illegally as he renounced his Kenyan citizenship when acquiring a Canadian passport. In March 2018, he attempted to return to Kenya but was removed after spending several hours at JKIA detention facility.

If Miguna comes and complies with Kenyan laws and regulations like providing his travel documents, paying the requisite fees and is courteous and respectful to the immigration and customs staff, he should be treated humanely and accorded all privileges and or benefits that are due him, but, if he comes hurling insults and making all manner of demands, the same toilet that he was a guest of previously will be ready and waiting to accommodate him......tumekubaliana??!

With the same defiance and arrogance,i see you kicked back again.Whatsoever the case,sitting leaders MUST be given their due respect

More drama awaits. He has to present his Canadian passport, and be issued with a Visa, to enter Kenya. That is International Law, and has to be followed by all Airlines flying to JKIA, regardless of what Chacha Mwita rules. It is like Kenyan Athletes being banned from International Competition because of doping, but a Kenyan Judge rules that it is Okay for them to do so, and orders that they be allowed to compete...

kindly let him in do not give him any attention or breaking news treat this as a normal return, period

Miguna is 1st among rare Equals returning to their Motherland. You can't Black out a person notorious of rebranding himself anyhow anytime.

Why has this become news so much so that we have to be reminded when the ticket changes, what he said , what not and ..... there are now news to report ?

Your arrogance will bring you down Miguna. Hope you have learnt some few lessons along the way since you were deported last. You will be deported again if you land in Nairobi with your fist folded and your mouth talking filth!

A boarding pass with no name? Hii ni Photoshop.

Miguna keep in your small mind traveling to Nairobi is not news worthy!

Millions travel to Nairobi every year without making their travel a gazetted event. You still live in your own small world with a silly mind set that you are so important.

Someone referred to you as a Hoi Poloi kind of guy the other day! I am afraid he was right!

MP Kuria is edging you up that a carted donkey will bring your passport at Nairobi airport. Well, the donkey is way tired with your bull. It will kick you in the nuts if necessary. Dude, he is setting you up for a failure!

Police has nit had a high profile activity since the hand shake! They are well prepared to unleash on you without mercy. Just keep a low profile and you will be fine. Get that crappy ticket off the papers!

ati "Kenyan laws". You speak as if you don't know kenya is lawless. how many people have you seen jailed over looting? OK, Miguna is Kenyan, let the man BE. PERIOD.

Somebody tell me; why the ticket shows departing from Frankfurt to Nai? Are you fooling us or Miguna is driving from Toronto(YYZ) to Frankfurt? People need to read between the lines before having mouth diarrhea. This ticket is fake or the writer decided to omit crucial information.
I bet my money, this is fake!