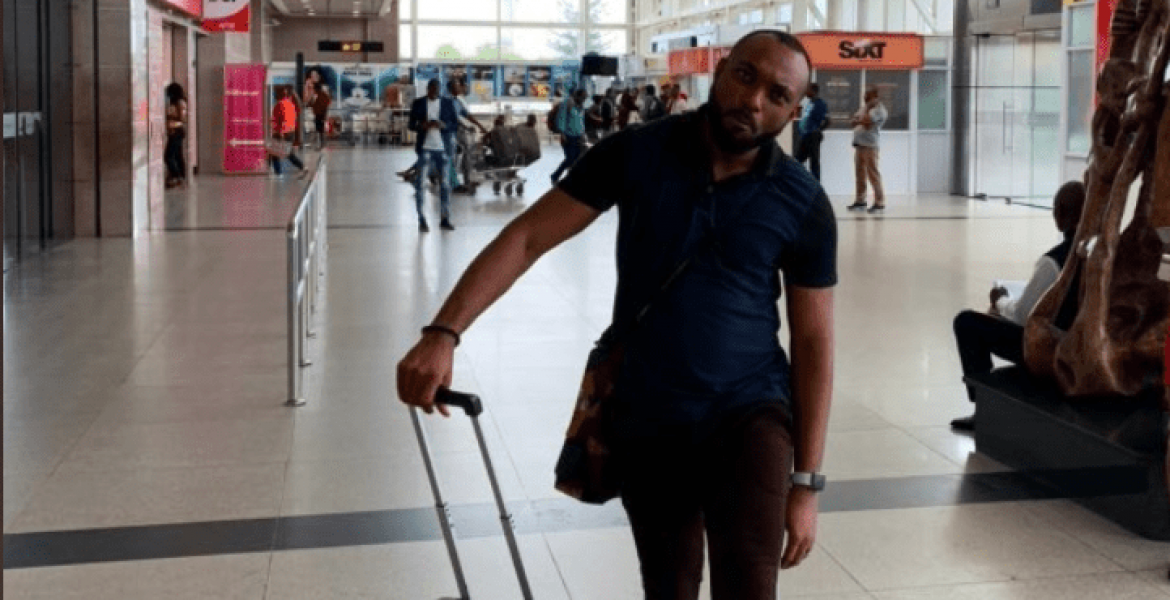 Kenya’s Immigration Department has refuted claims by Nigerian national, Michael Ernest that he was mistreated at Jomo Kenyatta International Airport (JKIA) last week over his nationality.

On December 27th, Ernest took to Twitter to protest what he termed as mistreatment by Kenyan Immigration officials at JKIA. In a series of tweets, he claimed that the Kenyan officials were discriminating against Nigerian travelers.

“I arrived in Kenya 21st and today 27th I was to get to Maputo from Nairobi only for immigration officers to stop me insinuating the following a. I could have a fake ticket (like really?)…That I and Nigerians are criminal (I was criminalized without even verifying or even taking a look at my ticket, travel history or anything. All it took was a sight of my green passport. My passport wasn’t even opened by any of the immigration officers,” Ernest said.

“I made a multi-trip booking since I was going to go to Kenya for Christmas and Mozambique for the New Year. So I booked my ticket via @KenyaAirways. Nowhere on their website does it state any regulations which I will explain.”

“My ticket destination read LOS - NBO 21 Dec, NBO - MPT 27 Dec, MPT - LOS via NBO with 12 Hours Layover. Mind you this is not the first time as a Nigerian that I have traveled via multiple destinations. This year I have done it 3 times. E.g my most recent trip in October From LOS to Addis and Addis to Windhoek and Windhoek to Los via Addis. I have also done via Kigali to NBO and didn’t get discriminated against.

“Nigerians aren’t allowed to do 3rd country (no official law, regulation, and whatnot state this also if this is the case why didn’t KQ flag it when I bought my ticket, when I departed from Lagos or when I arrived Nairobi).

“My encounter was met with condescending, discriminatory & xenophobic  remarks.  As if that wasn't enough, the immigration officer also lied (further assassinating my character) that I raised my voice at him when confronted by a staff of @CAA_Kenya. Now I am forced to return to Lagos and I have booked a different airline for my trip to Mozambique for later dates. This has set me back with over $1000 also my accommodation and tours in Mozambique all have a strict cancellation policy and on that end is another $1000.”

In a statement on Wednesday, the Immigration Department explained that Ernest, a marketing and communications professional, was destined for Maputo, Mozambique but did not have a return ticket to his home country or country of residence.

“Possession of an onward/return ticket is a standard requirement for all passengers either to be allowed entry or departure to a third country where they are not nationals or residents,” the department noted.

“We wish to state that Michael was not singled out because of his nationality neither was he called a criminal.”

It further explained that Ernest was in the company of other travelers including a Rwandan national who was cleared to proceed to Maputo as he had an onward ticket.

Now days with ubiquitous cell phones with recorders nobody captured this confrontation.As they did with Koffi Olomide...It now comes down to he said- he said.Immigration position is that the Naija did not have a return ticket,and the Naija's defense is that it is not indicated as arequirement. The problem here is that even if the Naija knew about the return ticket requirement,and he did not fulfill it, he certainly will not concede to that knowledge.
Now may be the immigration officials will have to wear body cameras...Iam surprised that the immigration officials did not claim that Naija tried to grease their palms with some "naira",Nor the Naija claim that,that was demanded but he refused the demand or did not have enough.If this did not transpire then Immigration is improving,and moving away from that image of being one of the most corrupt.Time will tell I guess.

Every time I smell a Nigerian lurching around, boy, I run, not just run, but sprint. Even those at my work place knows it. One tried to beg me to punch in for him. Yet he was 2 hrs late, and supervisors knew about it: and a camera is planted just above the punch-in punch-out machine. Call them fraudsters, scammers, cons, hackers, or dishonest characters. Problem is, Kenyans have already overtaken them: sad.

This guy is lying on Twitter. He should tell the truth.

The Kenyan immigration system declared Miguna who born in Kenya a non-Kenyan.

I commend Kenya's immigration department for doing their work. Nigerians are attention seekers. This so called Michael Ernest(conman) is appealingly nonsensical. Foolish, senseless, fatuous, and absurd: His nonsensical behavior ought to be ignored. Let this Nigerian bark to it's fellow Nigerian

I was really embarrased the same way at jkia they talk anyhow to not only foreigners but us citizens and. I was travelling from nairobi via london to toronto. On a 48hr transit l was denied boarding despite the IATA rules if l have usa visa or canadian visa am allowed entry into uk l lost my money because l had booked for 3 pple making it funny l booked on ethopian the next day and l wss allowed to board even allowed entry in uk so the question is are the immigration officers trained the same on all gates or its just discrimination ,dont be branded as southafrica kenya welcomes everyone

This story doesn't add up. IATA has nothing to do with UK entry, 48 hours is too long for a stopover, who were the 2 pple. @Fran is not straight with us.

Delaying a transit customer just to get a bribe.

The thieves at the Kenya immigration system are being exposed.

Just on Saturday I and my husband was coming back from 9ja our whole journey was smooth we stopped at Rwanda and the immigration there was very friendly only to reach to my country immigration they refuse to stamp a visa for my hubby since he is a Nigeria,the lady told him if he want any visa he has to pay $50 each of the 3m he wanted,as a family man my hubby didn't have a choice he paid $150 for 3m stay and on top of that she asked a bribe of $100.that was not enough she asked me to add some 6000ksh I was holding 😟 I hard no choice all I wanted is for me and my hubby to leave as my baby was crying already.i swear to God that day I cursed that immigration woman no joy she will ever get for that our money.surely me and hubby have been travelling for the past 5years but I have never encountered this kind bullshit.when will the Kenya immigration change!!! This is the worst government 😭 ever.