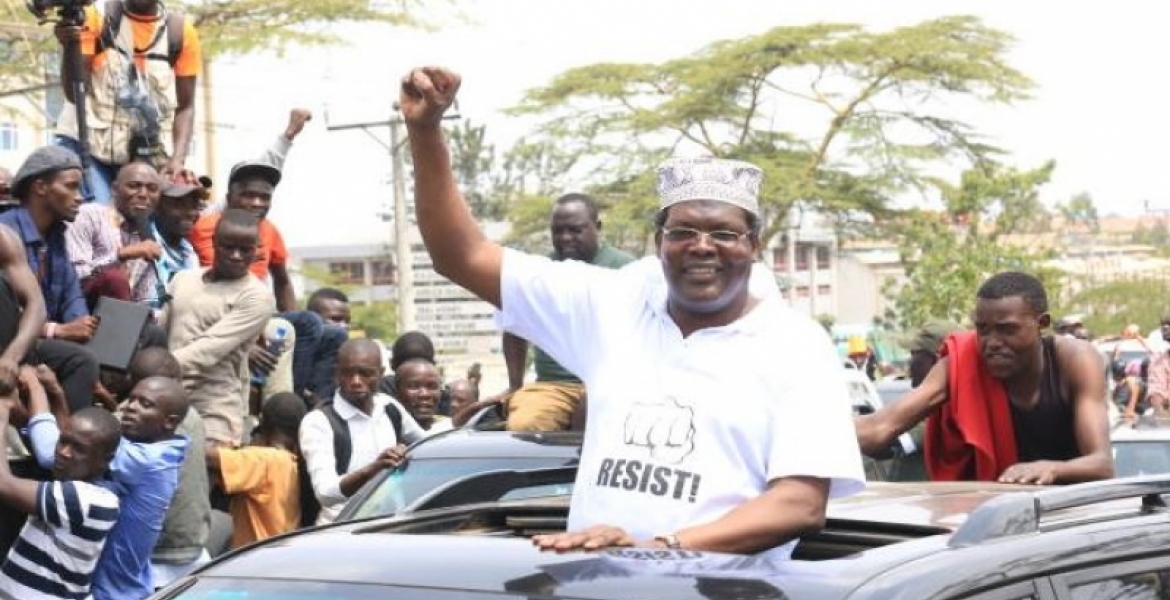 Kenya’s Directorate of Immigration Services on Monday released a statement regarding the return of deported lawyer Miguna Miguna to the country.

In a statement signed by Director-General Alexander Muteshi, the Directorate of Immigration said it will comply with court orders directing it to facilitate the re-entry of Miguna into Kenya.

“The Directorate has been informed that Dr. Miguna Miguna will travel to Kenya on Tuesday, January 7, 2020. This is to confirm that in compliance with the court orders issued on December 14, 2018, the Directorate will facilitate Dr. Miguna’s entry into Kenya,” the statement read.

Miguna’s return comes more than a year after he was forcibly removed from the country over allegations that he renounced his Kenyan citizenship while acquiring a Canadian passport.

Miguna, who left Canada on Sunday, announced he will be making several stopovers before taking his final flight that will land at Jomo Kenyatta International Airport (JKIA) in Nairobi minutes after 9 pm on Tuesday, January 7th.

On Monday, High Court Justice Weldon Korir issued fresh orders barring the government from interfering with Miguna’s homecoming on Tuesday or any other date.

The order was made following an application by Miguna’s lawyer John Khaminwa, the Law Society of Kenya and Kenya National Human Rights Commission.

This is not Rocket Science. Miguna has to have a passport to Board an Airplane. He will go through Immigration, like everyone else, and be asked for the passport that he is traveling on, for it to be Stamped. If he is traveling on a Canadian passport, he still has to produce it, and be issued with a Visa, to enter Kenya. The only reason why he was not allowed in the last time was because he refused to produce the document that he was traveling on. I still don't see how he can enter the Country, unless he produces his Canadian passport, or is issued with a new Kenyan one at JKIA, upon arrival.