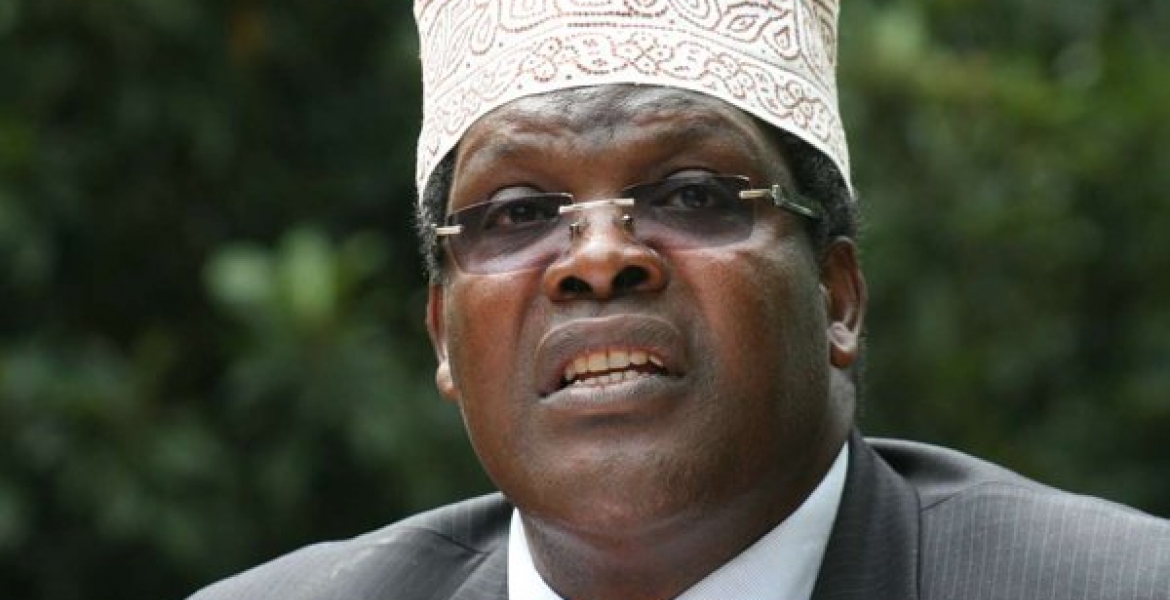 Lawyer Miguna Miguna says Lufthansa Airlines has apologized to him following the Tuesday incident where he was barred from boarding a Nairobi-bound flight due a red alert allegedly issued by the Kenyan government.

In a tweet on Thursday, Miguna, who is still stuck in Germany, said he had accepted the apology from the airline.

“The Lufthansa Group which owns and operates @lufthansa, the airline that acquiesced to an illegal RED ALERT by Despot Uhuru Kenyatta and cancelled my flight LH590 to Nairobi on January 6, 2020, has FORMALLY APOLOGIZED to me. I accept their apology,” Miguna wrote adding that the government of Kenya was yet to withdraw the red alert.

“…the illegal "red alert" Despot Uhuru Kenyatta issued against @lufthansa and other airlines has not been cancelled or withdrawn.”

The government maintains Miguna must apply for a new passport at any Kenyan mission abroad if he is to be allowed back to the country but Miguna insisted he will not do so. He said the government must obey court orders that directed he is allowed back unconditionally.

“The Court has not ordered Miguna to apply for a new passport at an embassy abroad. The Court ORDERED the despots to RETURN Miguna where they illegally took him from - his Runda House - on February 2, 2018. Miguna doesn't need a passport to return to his house,” tweeted Miguna.

“The despots illegally took my valid Kenyan passport and destroyed it after destroying my house with explosives, detaining and torturing me. The Court has ruled 17 times that they must return or replace it and facilitate my entry into Kenya UNCONDITIONALLY. Period!”

This goes to what I have been saying about this man Miguna. He is stubborn and hardheaded and never compromise or listen to anyone. He is obsessively egotistical and self-centered. He is full of himself and completely self-absorbed. He has an inflated view of self-importance and think he is better than everyone else including me, Raila and Uhuru. In fact, he think he has such magnificent mind and is convinced he is the only person that can liberate Kenyans from what he calls despotic leadership. My personal opinion on Miguna is that he has Borderline Personality Disorder(BPD) that may have developed as a result of combination of inherited biological traits and/or environmental conditions such as being bullied to childhood trauma involving emotional and sexual abuse and neglect. The best dosage for his prognosis is for the press to ignore him. The press attention he is getting is what is fueling his erratic behavior

@Konihanene You are plain old jealous of Miguna...from your days in Njiiris till now and your thoughts 👆🏿 show he probably was better than you in every category in high school. You want Miguna to recognize you but he ain't got time for that! Talking of being self absorbed, you are at par with MM suffering from the same dz you describe with the only difference being you are yet to reveal what kind of doctorate you have cos sometimes your statements leave alot to be desired.

I totally agree with Dr. Koni Hanene on MigunaX2 having some kind of mental disorder that causes him to behave the way he does. Based on what I read in their blogs MigunaX2 and Dr. Hanene are not equal. Dr. Hanene seem to an intellectual person while MigunaX2 is not. By now you should have noticed the doctor only engages himself in critical thinking topics that deals with human self reflection and he attempts to avoid controversial topics. Yes, he is sometimes hard on Nigerians but who likes Nigerians anyway? Miguna2 acts like a child with a temper tantrums

Hahaha @MuthicaniNjorua aka @konihanene good try. Changing your handle (an old trick you have often applied) does not change who you are. Try something new.

You must be hallucinating. I am not Dr. Hanene but I wish I have his mind. You need to check your facts before jumping into conclusions!!!

Mugikuyu look at miguna×2 actions in a clear headed fashion. Would you act like him in the same circumstances. Would you go about pretending the constitution should not apply to you, would you throw a tantrum like he did at the airport or would you have paid the $50 then gone about correcting the perceived injustice by getting your your citizenship reinstated then fight to change the constitution to automatically reinstate lost citizenship for those forced to lose it. Would you make travel plans in such a haphazard fashion without any worst case scenario planning- remember, his travel plans changed shortly before his planned arrival date. If, as it appears, he is in Frankfurt, there are associated costs, food and lodging come to mind that he couldn't have planned for. A relative died and he focusses on politics instead. I sense that he thinks the world revolves around him, it doesn't, and that the world should just recognize him for his brilliance, it wont. The world is harsh. Your time comes and then, it's gone. It's not easy to accept but it will keep happening. Something is off in his head.

Miguna was removed from his house in Runda by the Kenyan government.

People seem to conveniently forget, Miguna was removed from his house in Kenya. He did not leave the country voluntarily.

Regardless of MM intellectual capacity, wheather stupid or not, wheather good or bad, wheather arrogant or not, wheather you like him or not,isn't he a Kenyan like any other person? We have bad and good Kenyans, and non of them is held in a foreign country. Why MM? If he is a bad guy or a criminal, then we have courts, that can make the judgement.
Let MM come back home, he is a Kenyan, and no one is above the law. Government of Kenya obey the court rule. Period no exception.