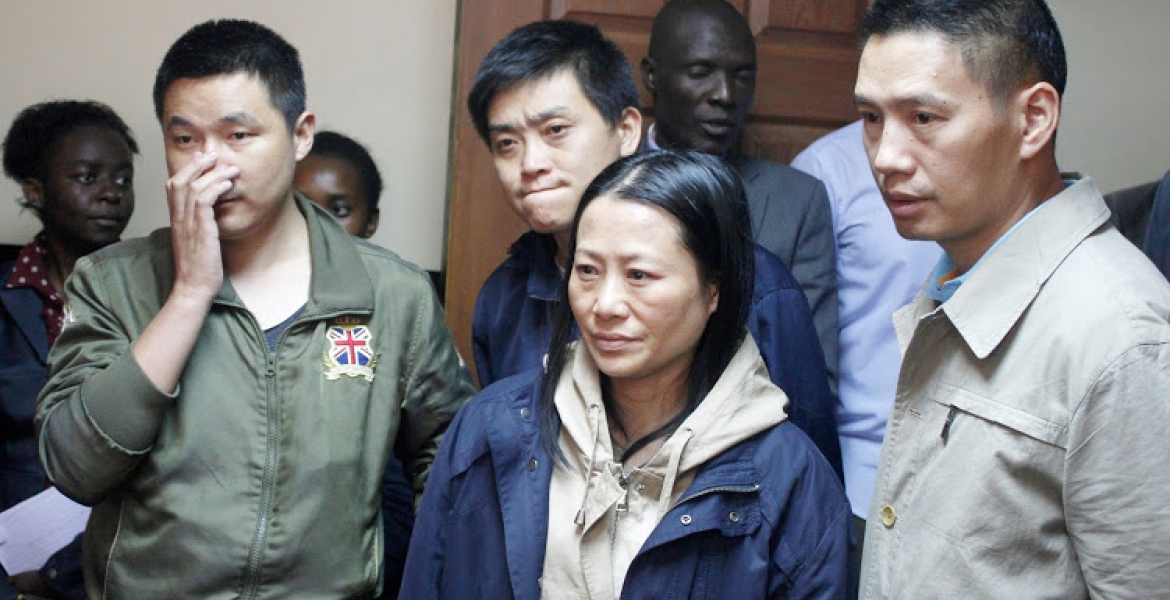 Four Chinese nationals accused of caning Kenyan workers at a Nairobi restaurant have finally been deported back to their country.

On Wednesday, a Nairobi court issued orders for the repatriation of the four who were facing charges of causing actual bodily harm.

The foreigners had been detained for 15 days to allow the police complete investigations into the matter but High Court Justice Luka Kimaru on Wednesday approved their application for deportation.

As a result, detectives from the Directorate of Criminal Investigations (DCI) handed the four to immigration officers for removal. They are Deng Hailan, Chang Yueping, Ou Qiang and Yu Ling.

The flight carrying the four left the Jomo Kenyatta International Airport (JKIA) at 8:30 am on Thursday, the DCI confirmed.

In an application, their lawyer told the court that his clients were ready to be deported because they were suffering in detention.

Hailan, who worked as a chef at the restaurant, was also found without a valid work permit. Yueping and Qiang, both chefs, were holding expired visas while Yu Ling, a cashier, did not have a work permit and was holding a visitor’s visa.

is that how justice looks like in kenya? where is the jail time? has justice been served? would Chinese have just deported a Kenyan like that without jail time? wow

This country is Hell on Earth. No justice; and this warranties Omtata suing the State on Behalf of the Caned victims.

They should have charged and imprisoned. That is the only way to show others who can locals, violate or overstay their visa. That way they would have tasted the conditions of living in prison condition.
Perhaps the Chinese authorities had a influence in the decision.

They should not be allowed back.As for the judge who overruled Matiangi deportation order the first time he had to eat humble pie and let them go really .The Chinese are the puppeteers and we their subjects in our homeland.Bado hatujakua “Uhuru” 57 years after independence .

This is what happens when you have an inexperienced judiciary. One would have expected the Chinese first to first of all deal with civil and criminal violations, and then face deportation. But the judiciary gave them the easy way out. The judiciary should compensate the affected employees.

They will just board the next plane back with a new passport.