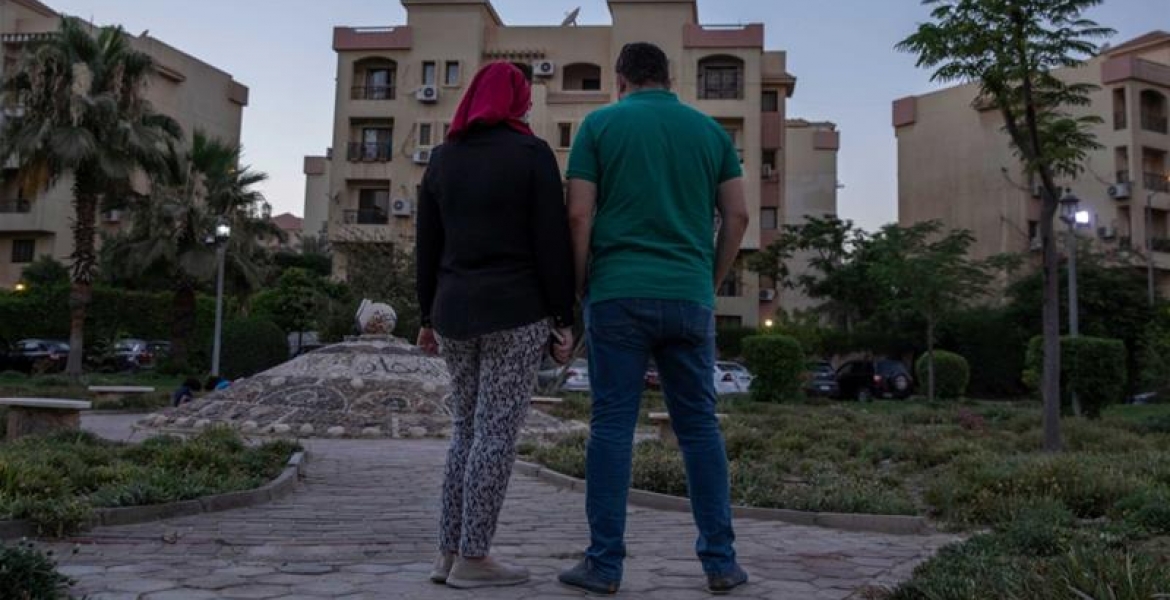 Noha and Her Husband Ahmed

The decision by President Trump to extend a ban on many green cards issued outside the US to the end of the year has dealt a blow to many Diversity Visa Lottery winners.

Last month, the White House explained that the ban aims at freeing up jobs for American citizens in the wake of the economic turmoil created by the Covid-19 pandemic.

It is claimed that the move will open at least 525,000 employment opportunities for US citizens but critics have dismissed the assertion. The restriction announced last month affects some 170,000 green card winners.

One of those affected by the ban is Noha, an Egyptian engineer who is among the about 55,000 DV-2020 entrants who received a chance to live permanently in the US.

Noha has been preparing to move to the US together with her spouse and their two children but their hope was dashed last week when the ban was extended.

Many DV-2020 recipients were yet to complete the vetting process when US embassies in foreign countries closed in March due to the Covid-19 pandemic. DV lottery winners are required to obtain green cards by September 30th failure to which they are voided.

Noha and her kids received their visas in February but her husband, Ahmed is still waiting for his. The family now fears his visa will never come.

The situation leaves Noha in a dilemma as she has to choose between going alone to New York and remaining in Egypt with her family.

"All my plans were collapsed in an instant. I felt that all what we have achieved went for nothing," Noha told the Associated Press (AP).

The vetting process cost Noha's family about $10,000 and both herself and her husband had already resigned from their jobs after a US official in February informed her that the entire family was approved. They also sold their car, notified their landlord they were moving out, and stopped paying tuition at their kid’s school for next year.

Noha said they had also packed their bags after the US embassy in May told her husband that his visa just needed to be printed. Her kids were also watching videos on YouTube about life in the US.

As part of the efforts of freeing up jobs, the Trump administration suspended the issuance of visas.

Simon Paul, a diversity visa recipient who now runs a blog helping other immigrants at britsimon.com said only about 13,000 of the roughly 55,000 lottery visas have been issued so far this year.

Even those who obtained a visa are experiencing difficulties in traveling to the US due to the Covid-19 travel restrictions.

Stay home first. Extension is on the way

That's why WE NEED TO VOTE FOR JOE BIDEN.

Kora Kanini, make sure you vote. Don't vote on Twitter and Mwakilishi. Make sure that your vote counts.

Safety and health is more important than money, and right now, Africa is safer than the US. Your Green cards are not going anywhere. Believe me, they will still be valid, even after the Pandemic. Right now, just concentrate on staying safe.

I have a relationship e who just came last week in a greencard visa because it’s was expiring today. There are flights chartered by other countries like US, Canada and European countries flying out and into Kenya