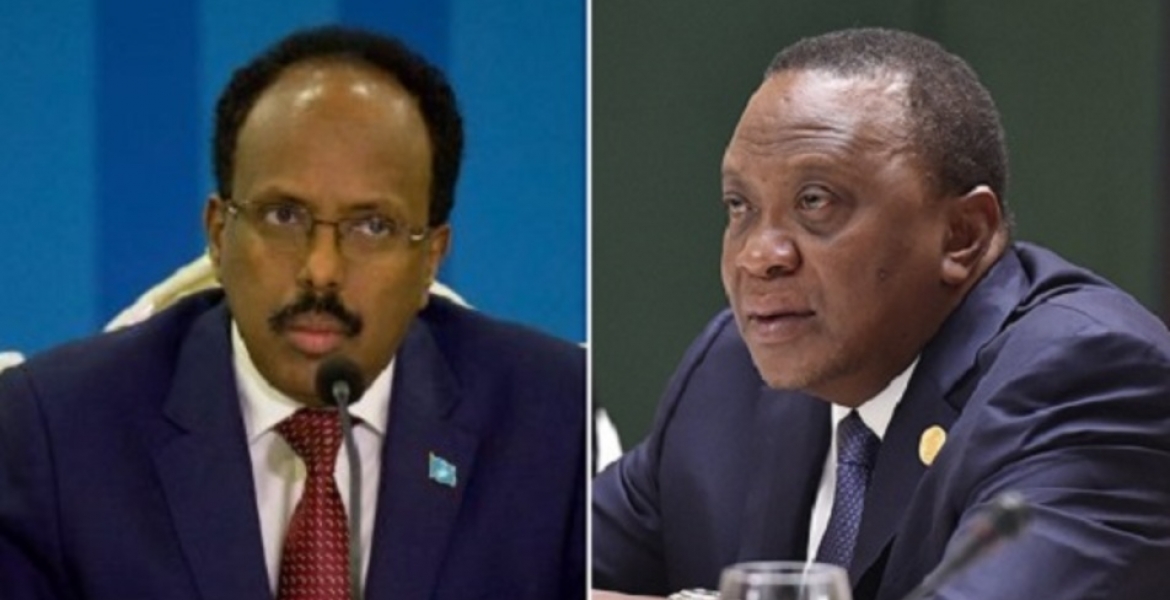 The ongoing diplomatic feud between Kenya and Somalia has taken a new twist after the latter imposed visa restrictions for Kenyans.

Through a notice on Monday, Somalia’s Immigration and Naturalization Directorate said Kenyan nationals will from December 13th be required to obtain visas before traveling to the country.

Previously, Kenyans were being issued with Somali visas upon arrival.

"In line with the Federal government's policy of ensuring security, improving migration management and reducing the risks of Covid-19 Infections, from December 13, 2020, all Kenyan passport holders traveling to the territory of the Federal Republic of Somalia are obliged to obtain visas from Somali embassies," the directorate stated.

For holders of diplomatic passports, they will be required to get prior approval from the Minister of Foreign Affairs and International Cooperation of the Federal Government.

“Any traveler with a Kenyan passport that does not adhere to the above policy will be denied entry,” the directorate warned.

The development comes a week after Somalia expelled Kenyan ambassador Lucas Tumbo over claims that the Kenyan government was meddling in its internal and political affairs.

The ministry alleged that Kenya was trying to influence the regional President of Jubaland Axmed Maxamed Islaan to renege on the election agreement reached in September in Mogadishu in order to pursue its political and economic interests in Somalia.

Kenya and Somalia are also entangled in a maritime border dispute over 100,000 square kilometers in the Indian Ocean reported to be rich in gas and oil deposits.

Who goes to Somalia?

Same thought, then I remembered the Merus and Miraa

Well done Somali.
Block all the landgrabbers and thieves from Kenya.

Somalia is the land of milk and honey. I might sneak through the border.

I wouldn't travel to Somalia if that was the last country left. Nothing of interest whatsoever. Please keep your visas.

You are right@Godhavemercy,what is there to see really?

Good move for them. Money will start pouring into Somalia now hopefully since Ilhan Omar and her community are taking over Minneapolis and Congress.

Hello Somali, u need Kenya more than we need u so fuck off. What good ever comes from Somali?

I hear they have pretty good goat meat...
@ Shaka,we have been a good neighbor, hosting their brethren in camps,they call us infidels,we let them run their government from Nairobi.And this is the thank you we get.No wonder Trump is pulling out his troops that was protecting them against themselves.
Let's recall all our deplomats from there.All African troops should leave Somalia before they are accused of meddling i n their business.Even if they run out if 🐫 camels...Let UN ,and their Arab friends deal with them.

What good? Khat customers and Al Shabaab come from Somalia