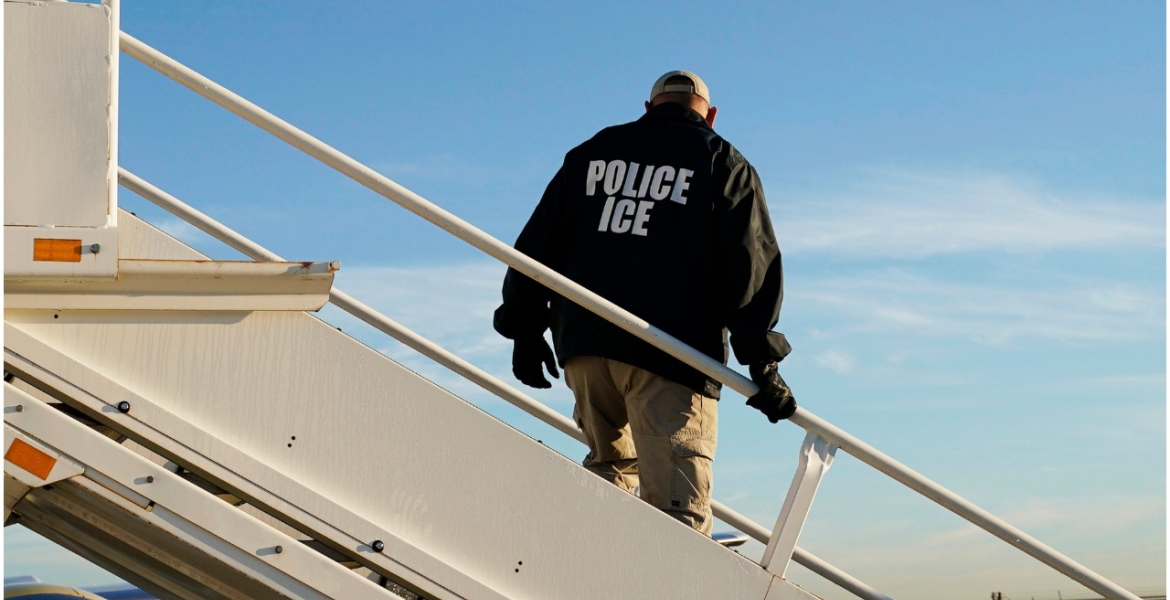 The Guardian reports that a plane carrying Africans deported from the US landed in Nairobi, Kenya on Friday morning.

The publication added that the Nairobi-bound flight left Louisiana on Thursday night and onboard were Kenyan, Somali and Ethiopian deportees. It is believed that the plane made a stopover in Sofia, Bulgaria for refueling.

It was reported that by the time of departure, there were 50 Somalis, two Ethiopians, and a Kenyan being held at the Alexandria Immigration and Customs Enforcement (ICE) detention center.

“Two buses were pictured alongside the plane, chartered from Omni Air International, which has supplied planes for previous ICE deportation flights. Witness at the Border reported that people in chains were seen boarding,” The Guardian noted.

Upon arrival in Nairobi, the deportees were moved to commercial flights for transfer to other countries.

Reports indicate that another deportation flight could be heading to Africa on Tuesday, a day before President-elect Joe Biden is sworn-in.

Trump, who exits office on Wednesday, has intensified a clampdown on illegal immigrants ahead of the inauguration of Biden, who has promised a 100-day suspension of deportations.

Human rights activists have condemned the deportations that have increased in the past few months even as the COVID-19 pandemic continues to ravage the US.

Some of the African deportees, especially those from countries experiencing political violence such as DRC and Cameroon, had open legal cases while others were not accorded a fair hearing by immigration judges, their lawyers, and advocacy groups claim.

This time will stowaway and jump into NY waters

Shithole countries have been a thorny matter in Trumps flesh.No better way to appease himself than to remove the "shit-donors" Unfortunately,the fact of nature is that shithole keeps producing shit till end of time...
But if there is any consolation,he is deporting those that failed to prove their case for staying,or were denied achance to do so.
Hey not too long ago Matiang'i deported ahost of illegals from Kenya...
Other than political refugees,some of the deportee usually are economic refugees,and that's what irks the'Natives".Perceive notion being that they are taking our jobs
So Kenyans, lets hold our leaders accountable for high unemployment in Kenyan.And ofcourse some are very happy when they read on MWAKILISHI the figures in Shillings diaspora doles every month.Yes keep bring the dough,but stay their dont come and interfere with home politics...

When u move nchi za wenyewe don’t leave there confirtably whether u have papers or not juu shit happens.Kula tano invest nyumbani tano so personally if u get deported n u have bin working in states for years u should have something to fall into nyumbani so kila mtu abebe msalaba wake.Just a reminder Biden/obama deported more than 500,000 immigrants Moree than all the presidents who have bin in power in usa so don’t hate trump for nothing.

Kenya welcomes you back, u can still make it here, there is no shame in getting deported to your home country. Everything happens for a reason.