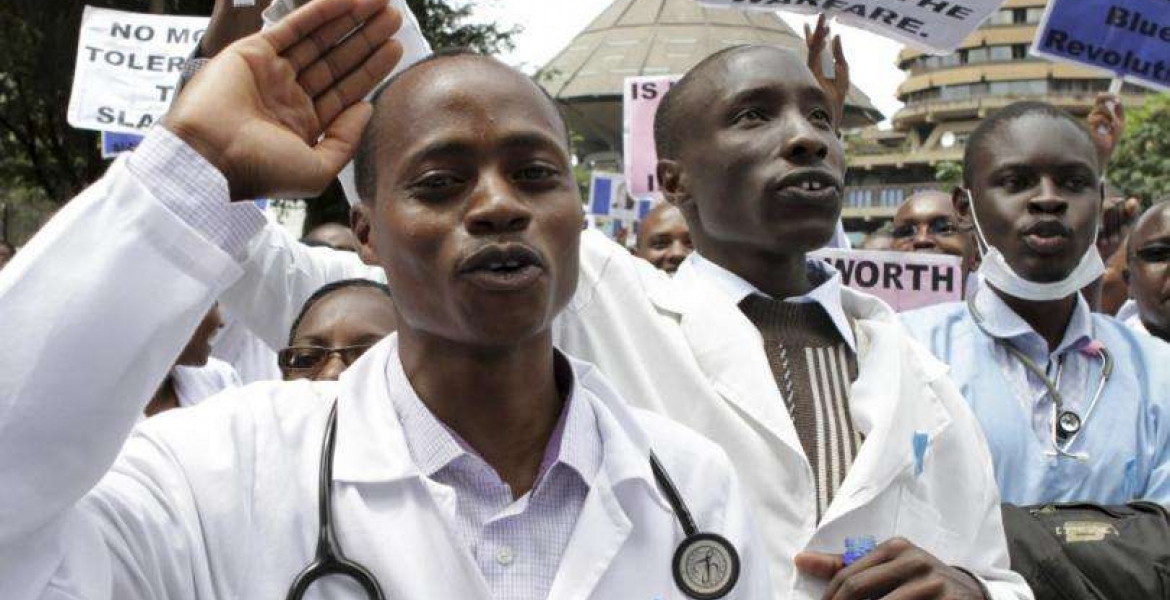 Just months after the doctors called off a three-month-long strike, the medics have issued a fresh threat to down their tools after county governments failed to honor a deal that haled the three months strike.

Kenya Medical Practitioners, Pharmacists and Dentists Union (KMPDU) Secretary General, Ouma Oluga said that their employers have failed to implement the agreement of paying the medics for the three months they skipped work despite orders from the President calling for their pay.

"We won't work without pay, so if anyone wants to replay the 100 days of the doctors strike, we won't hesitate to give them another 200," said Oluga.

Last week, the Council of Governors chairman and Meru Governor Peter Munya said that the doctors had not been paid since the National Treasury had not disbursed the cash to facilitate the pay.

According to Ouma, some officials from the county government and the Ministry of Health were victimizing the doctors over the unpaid dues. Ouma revealed that doctors had not received salaries for four to five months making hard for them to continue working

The medics have given the employers a 7-day ultimatum to pay their dues, failure to which they will take appropriate action.

These doctors want to inflict pain to patients. At this time nobody will listen to them. Uhuru is busy campaigning expecting to get his job back comes August. Raila is fighting tooth and nail to get that top job. Other politicians are hunting for every vote they can get.

Kenya, I think its the employer who is inflicting pain on both doctors and patients. remember the employer was willing to get doctors from TZ and other countries? You think these doctors would still work after 5 months without pay? You never hear of Mpigs going on strike due to peanuts-pay...
Finally, not too many employees would continue to work without pay for 5 months without hell breaking loose... doctors have financial needs just like maids,drivers,cooks, morticians, preachers... you get the drift.

@Maxiley, they a demanding to be paid for 100 days they were on strike. Here in USA if you do not work you do not get paid. Uhuru is not like Moi who used to dish out money. The new constitution does not allow him to do that.

i would think that the 5 months of in paid salaries is a bigger issue.i take it that they worked these 5 months.so it's fine with me fine with me if they don't get paid for not working