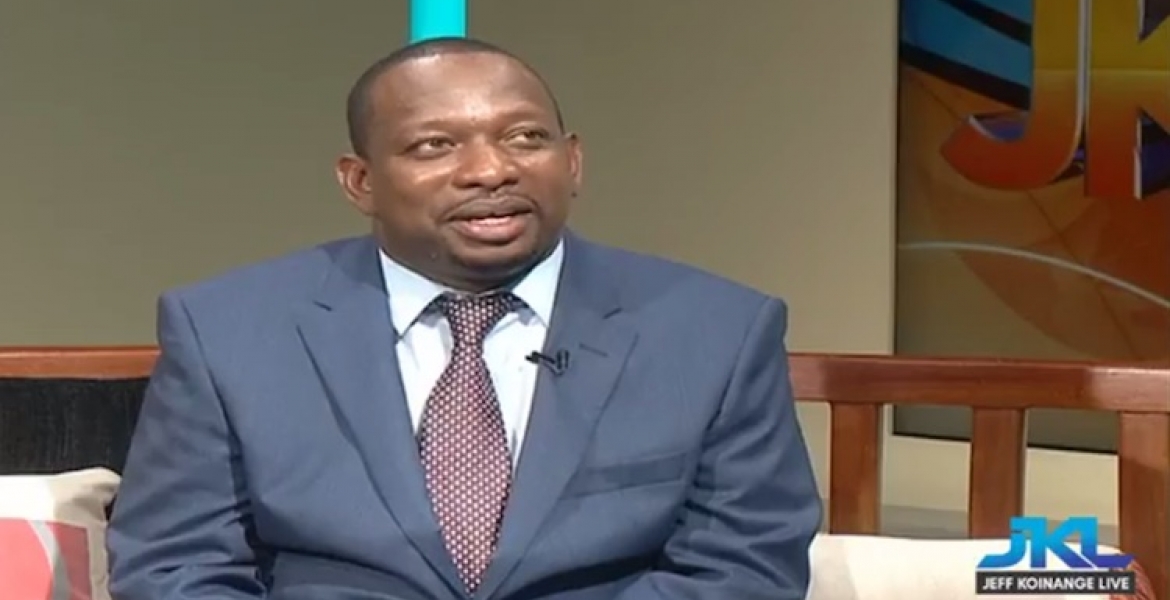 Nairobi senator Mike Mbuvi Sonko has said he is ready to work with all the opponents he trounced the Jubilee primary election for governor last week.

In an interview on Jeff Koinange Live on Citizen TV, Sonko invited Peter Kenneth for talks, saying he would consider Kenneth to be his running mate as all doors are open.  “Let him come to the table we agree, if he wants to be the running mate, it is up to the party to decide… if he agrees, why not?”

He said he is considering a technocrat with managerial experience as his Deputy Governor to ensure that the county government runs efficiently. He proposed several names he would consider for the position, including businessman Jimnah Mbaru and former Nairobi Town Clark John Gakuo.

In response to a letter currently circulating on social media that there are warrants of arrest against him, Sonko dismissed the letter as not being authentic, saying there is no warrant of arrest against him “I think my opponents are trying to play a character assassination game… to intimidate me from vying, I’ll not stop from vying.” He said he has been cleared by the (Ethics and Anti-Corruption Commission) EACC, which would not have happened if he had any arrest warrants or pending criminal cases.

He however admitted to having spent time in prison about twenty years ago. “There was a time I was in prison it is true… one problem with politicians is they like to lie to Kenyans, I’m very transparent… it is true I was once incarcerated,” adding that that part of his life is being him and that his past should judge his present or his future.

Sonko also dismissed claims that he is a drug dealer, saying that he has never sold drugs and that these are rumors that started when he started for political purposes when he clinched the Makadara MP seat in 2010.

The senator also laughed off allegations at critics who say he is not educated and that he cannot speak English. “I went to school, I’m expressing myself in English right now,” said Sonko in the interview, conducted entirely in English. He also said all his academic credentials, including his degree, are available publicly for anyone to view and verify.

He also suggested that the next Parliament should remove university degrees as a qualification to hold elective office, saying a lot of corruption scandals in Kenya have been perpetrated by PhD holders.  “What have PhD holders done for this country?… Kenya has been messed by PhD holders..” said Sonko.

The senator, well known for his flamboyant style, now says he is shedding his flashy image and will stop wearing “funny hair” and bling. “This is my look now as the next CEO of Nairobi County,” said the senator, who was clean shaven and dressed in a suit and tie - with no bling.

He said he has been helping a lot of work in poor neighborhoods offering services through his Sonko Rescue Team that the current governor Evans Kidero has failed to do. He pledged to empower the women and youth in addition to more efficient service delivery if elected governor. He credited himself with lowering crime in Nairobi by 30% through his gun disarmament program and through youth empowerment. He also said he will involve all transport stakeholders in Nairobi to improve the traffic situation in Nairobi CBD.

Sonko is running for the Nairobi gubernatorial seat as the Jubilee candidate in August 8th, challenging incumbent Evans Kidero of ODM. Miguna Miguna is also in the running as an independent.