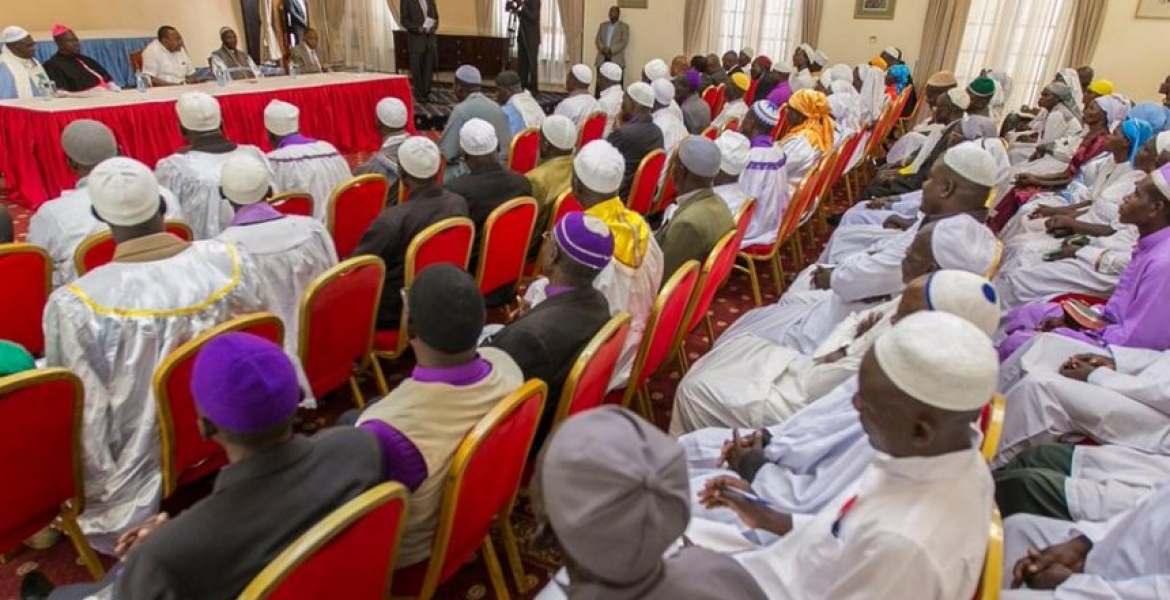 President Uhuru held members of the said church hailing from Nyanza led by their Supreme Archbishop Caleb Olali, who promised President Uhuru that they will support him in August polls. "We are praying for you and for continuity as well as peace during the electioneering period," Olali said.

But in a statement to the media, Archbishop Okech claimed that the delegation at State House were not members of Nomiya church leadership. "The group of impostors who visited state House does not represent the views of the Nomiya Church fraternity," he said.

According to the Bishop, the church is led by him and not Olali, pointing fingers at Jubilee Secretary General Raphael Tuju for organizing the meeting yet he was not a member of the church.

"Olali who led the delegation does not hold any position in the Church hierarchy. Tuju, who we understand arranged the meeting, is not even a member of the church either," Okech said.

He further said that his church was not aligned to any political affiliation dismissing the decision made by Olali to back President Uhuru Kenyatta re-election bid.

"Our members are free to take personal positions on political issues. We will, however, not entertain anybody misusing the name of the church for selfish interests," he said.