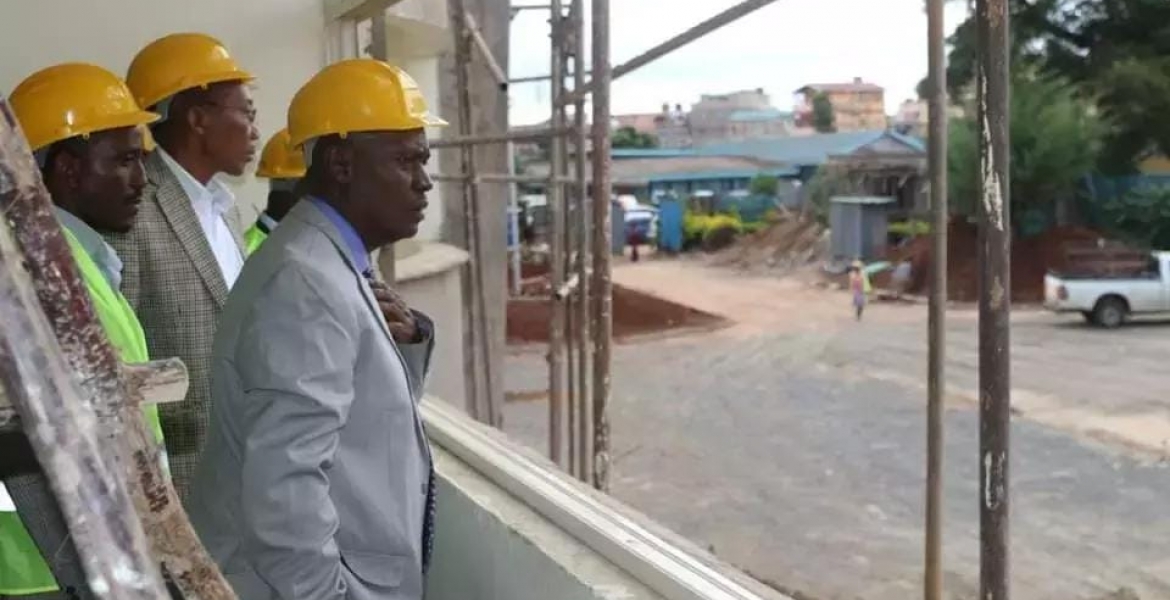 Kiambu Governor William Kabogo on Wednesday made a surprising appearance and spoke for the first time since conceding defeat in the Jubilee Party primaries last week.

Kabogo addressed journalists after inspecting the construction of a modern reproductive health unit at Thika Level 5 Hospital where he said he will be making an announcement next week. "My supporters have been pushing me to vie, lakini ningali natulia,niko holiday ya wiki moja , I will clear all that next week," he said.

Kabogo suffered defeat in the hands of Kabete MP Ferdinard Waititu in the race for Jubilee ticket for Kiambu County Governor.

Kabogo was accompanied by his deputy Gerald Githinji and termed allegations that he was among politicians who were planning to go against the Jubilee party after losing in the last week’s primaries as mere rumors.

Kabogo reiterated that he was proud of what he had accomplished as the first governor for Kiambu County and especially in the health sector. "Kiambu has been rated among the best counties in terms of health care, we want to maintain that lead," said Kabogo.

The new reproductive health unit is expected to begin operations by the first week of June, according to Kabogo.