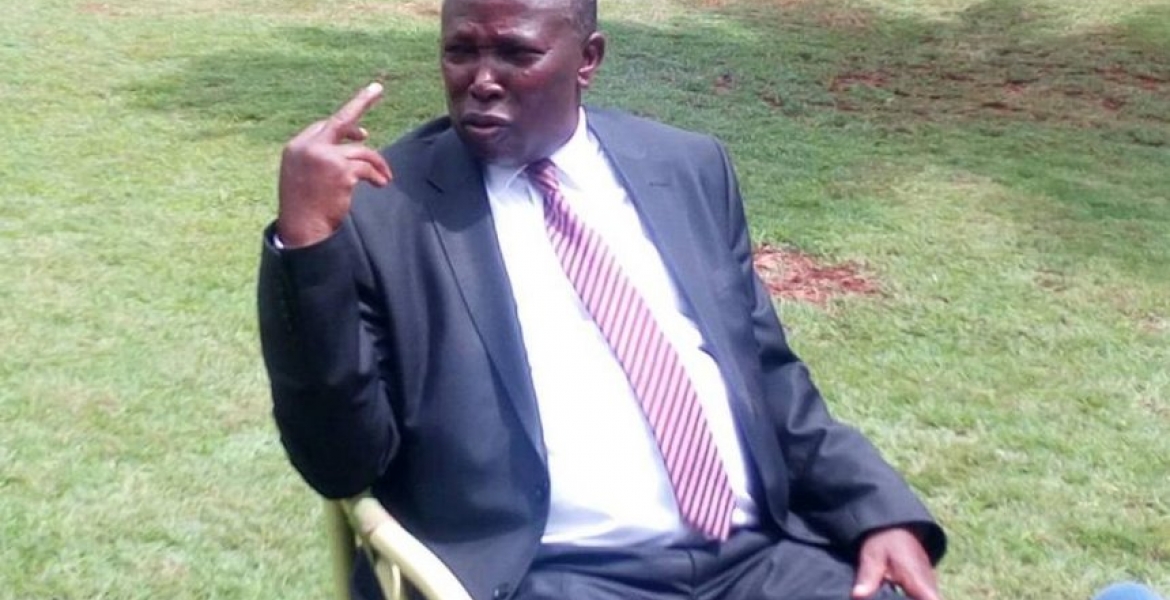 Maina Kamanda has conceded defeat in the Jubilee primaries for the Starehe MP seat. Kamanda, the incumbent area MP, also said he will support musician Charles Njagua Kanyi, popularly known as Jaguar, as well as President Uhuru Kenyatta in the August general elections.

Kamanda said he will not run as an independent candidate in the general election, as doing so would divide the votes and deliver the seat to the opposition. “ Will will support the President and the party. If I run as an independent candidate, we will divide our votes and both of us will lose,” Kamanda said on Thursday in an address to the press from his Muthaiga home.

His move comes a day after the Jubilee Party Appeals Tribunal ruled that Jaguar was the validly elected aspirant in the Jubilee nomination last week, even after the returning officer declared Maina Kamanda the winner with 10,374 votes against Jaguar’s 8,391. In declaring Jaguar the winner, the Appeals Tribunal ruled that Jaguar had garnered more votes than Kamanda but the final tally was manipulated in Kamanda’s favor.

Kamanda maintains that he won the seat, claiming some people inside Jubilee Party headquarters rigging him out so that they could young people elected. "There were some forces that believed the young generation will bring more votes than the old,” said Kamanda.

Jaguar will face-off with other youthful aspirants in businessman Steve Mbogo of ODM and activist Boniface Mwangi of Ukweli party.

No wonder Jaguar cried publicly! He couldn't hold tears while explaining how his votes were stolen and Kamanda declared the winner. The fact that Kamanda has so easily conceded defeat means he had for sure cheated in the primaries otherwise he could have further contested and provided evidence to prove otherwise or even run as an independent. He knows he can not cheat in the general election and therefore he is wisely trying to save his face. That said, I honor and respect his decision to not cause more trouble. By graciously bowing out and promising to support his opponent, Kamanda is indirectly admitting that he had cheated and he's been caught. He is promising not to jump ship but rather forget the contest and support his opponent in the general election. That is rare among the African and especially the Kenyan crop of politicians. He joins a small group of those who recently lost and bowed out honorably including Nandi Governor, Baringo Govetnor, Senator Kabando wa Kabando among a few others. For that Mr. Kamanda, I will forget and forgive all your electoral sins and I hope the society does the same. I'm not personally Jaguar"s fun since I do not listen to his music but from watching him speak publicly about the sham elections, he appeared very genuine and credible. There must have been insurmountable evidence against Kamanda that he has realized he has no chance to win on appeal. I pray for peaceful general elections and may the best candidates win and not cheat! God bless Kenya!

How does it feel to live in Muthaiga ?