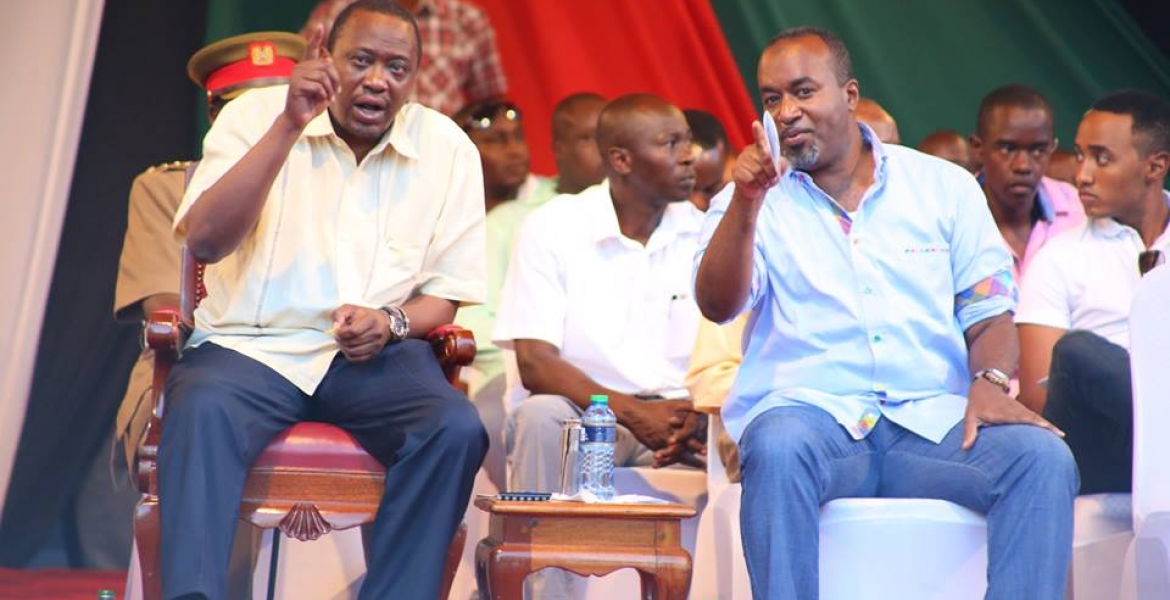 Mombasa Governor Hassan Ali Joho has accused President Uhuru Kenyatta of being behind the series of woes that the governor has faced in recent times in an aim to bar him from being on the ballot in the august 8 polls.

According to Joho, the forgery investigations he is facing are a political witch-hunt meant to intimidate him to stop speaking the truth about the atrocities the Jubilee government has inflicted on Kenyans.

Through his lawyer, Senator James Orengo, Joho told the court that a statement by President Uhuru in Mtogwe in Mombasa where he promised to teach him a lesson is the genesis of the allegations leveled against him by different state agencies.

"The utterances by Kenyatta directed to Joho, in March cannot be taken lightly, because the number of cases popping up from KRA, Kenya National Examinations Council, DPP and AG are all meant to find a basis to stop Joho from running for governorship," said Orengo as quoted by the standard.

The Director of Public Prosecutions (DPP) Keriako Tobiko was seeking to prosecute Joho in a case where he is accused of forging his academic papers in order to gain entry into the University of Nairobi.

Further, the Kenya Revenue Authority was on Joho’s neck over claims of tax evasion which would have seen him spend time in jail if the allegations were confirmed.

Judge Eric Ogola in April ruled in favor of the controversial Mombasa governor barring both the police and the Director of Public Prosecutions from pursuing further Joho's cases.

Joho loooooves attention like a female .... I wonder what color the thong he is wearing today is

You are full of yourself. May be you can tell us the colour your thong is. You must be having a lot if them. You may also want to borrow your sister Kenyatta one coz he is surely witch haunting JoJo. Even a blind man can see.

Today i was wearing a red one ... give me your address and i.will send it to you for your private enjoyment