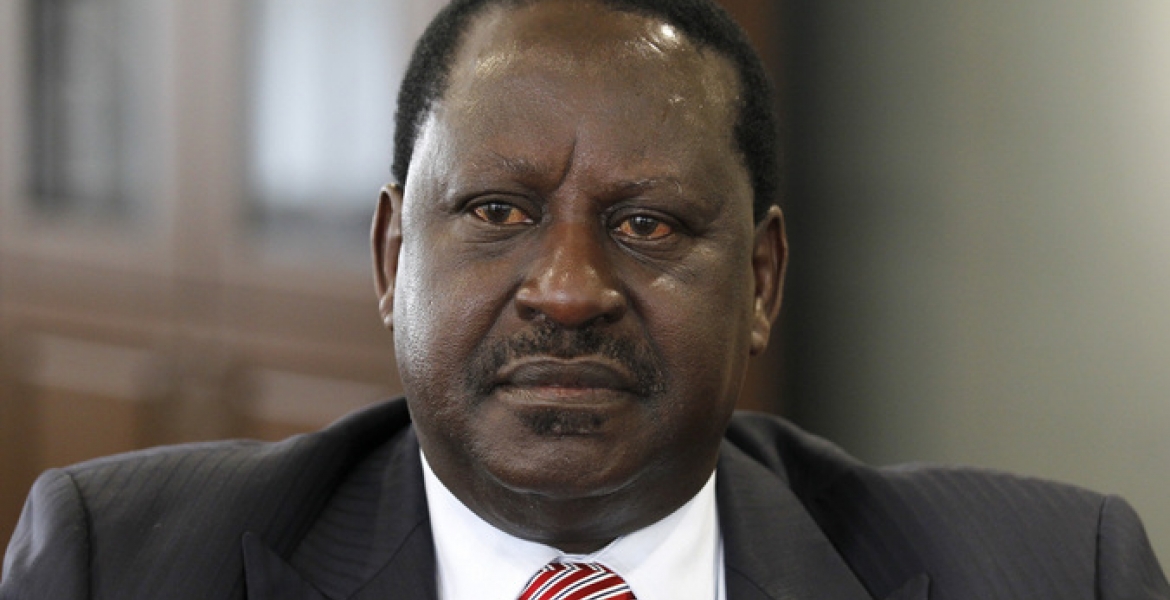 National Super Alliance (NASA) presidential flag bearer Raila Odinga has said he will serve for only one term in elected in the upcoming general elections.

Raila on Thursday said the MoU signed by all the five NASA principals last week binds him to serve for only one term. He however did not rule out seeking to be a flag bearer again in 2022 if the coalition does not win this time round. “If the alliance does not win the August election, the agreement will not hold water,” Raila said.

The former Prime Minister also insisted that the August election presidential results should be announced at the constituency level to prevent rigging.

"The Supreme Court already ruled that a Returning Officer has the mandate to announce results that are considered as final. So, this has to be followed,” said Raila. This is despite IEBC’s objection, which says the results presented by the Returning Officers at polling stations need to be confirmed and validated by the IEBC before announcing them.

Liar, liar! Whom are you kidsing! With your greed for power, the other 4 will be leaking their wounds. MoU means nada to you. Bottom line: You will not won!

Sokora you are sick in Your Head and so Hateful. Let me ask you: The Kikuyus who Stole Power (2007 and 2013) and Raila from whom Elective Power was stolen from; Who is Greedy? Kikuyus the Thieves or Raila the Victim of Kikuyu Thivirs?
You are Sick in Your Common Oblangata.

Hehehehe Enda uwe raisi luo nyanza but not in Nairobi.Kenyans vote for cleaner n developmental leaders not greedy power hungry people who have made his pple poor without investing in them but chaos.Not leaders who have tried coups where many innocent died coz of pawa.Wait u will still sing it was stollen coz u won't win,u will loose as usual.We have not forgotten 41/1 politics,no raila no peace.But I can assure you don't start any shit coz we as business pple we will defend our properties from the goons.Round hii we won't watch our business burning to ashes by pple who have refused to work or face the true reality of democracy.If u lose go to the courts but we can see the opposition keep giving threats that they go to court if this Man is not named the winner.40m Kenyans r bigger than 1 idiot.I know if uhuru looses he will agree to hand power.

@Guest1, at least my sickness in the head is treatable. I just feel sorry for idiots; and idiocy has no medicine to it.

Paranoia and Schezophrenia is NEVER treatable; just relievable. And thereore: Re-Livable for the Rest of Your Life.

This confirms what I wrote the other day, information that I had gotten from a very credible source. There is a 2017 MOD. That MOD paved way for Raila to run as NASA's flag bearer and Kalonzo as his running mate. For more details please refer to my comment.

If Jesus was to come back from his fathers house (since thats where he lives instead of building his own house) .... then he decides to join NASA, would he become the 6th principle ??? ... and which position would he get ?? Deputy deputy premier of logistics ... or would raila step down for Jesus to be the NASA flag bearer ???

He would still be The Lord; Lord over the The Pentagon.

Raila agreed to be one time President under NASA MOU but if he wins, he will be ODM candidate in 2022 and not NASA. Same thing he did to Watermelon, move from CORD to NASA to render CORD MOU with Wiper useless. Either way the casualty in 2022 will be Kalonzo again. But I doubt they will win 8/8/17.