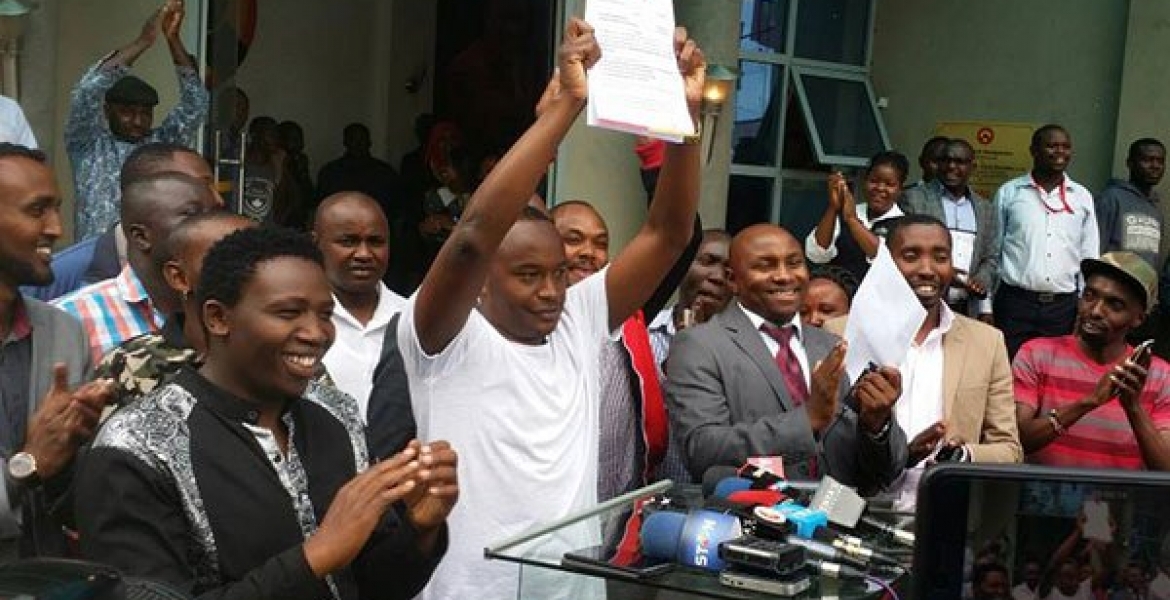 Sonko, who is Jubilee's aspirant for Nairobi governor, took to the Social Media to congratulate his friend Jaguar for the victory.

“Let me take this opportunity to congratulate my friend Jaguar for clinching the Jubilee's Starehe parliamentary certificate. It wasn't an easy job some of us were referred to as "DOGS" by the tribal cartels but all the same we believe that Kenyans we are one, God we thank you for this big miracle. Thank you the Great people of Nairobi as well for standing with us,” wrote Sonko.

Jaguar on Wednesday thanked his supporters after being awarded the certificate, lashing out at Kamanda and accusing him of being a serial elections rigger.

"I kept telling my supporters that Jubilee Party is fair and if they vote for me in large numbers, Maina Kamanda would not rig me out. Starehe residents had not resigned themselves to forever having Kamanda as the MP since he has perfected the art of rigging out competition in successive elections," said Jaguar.