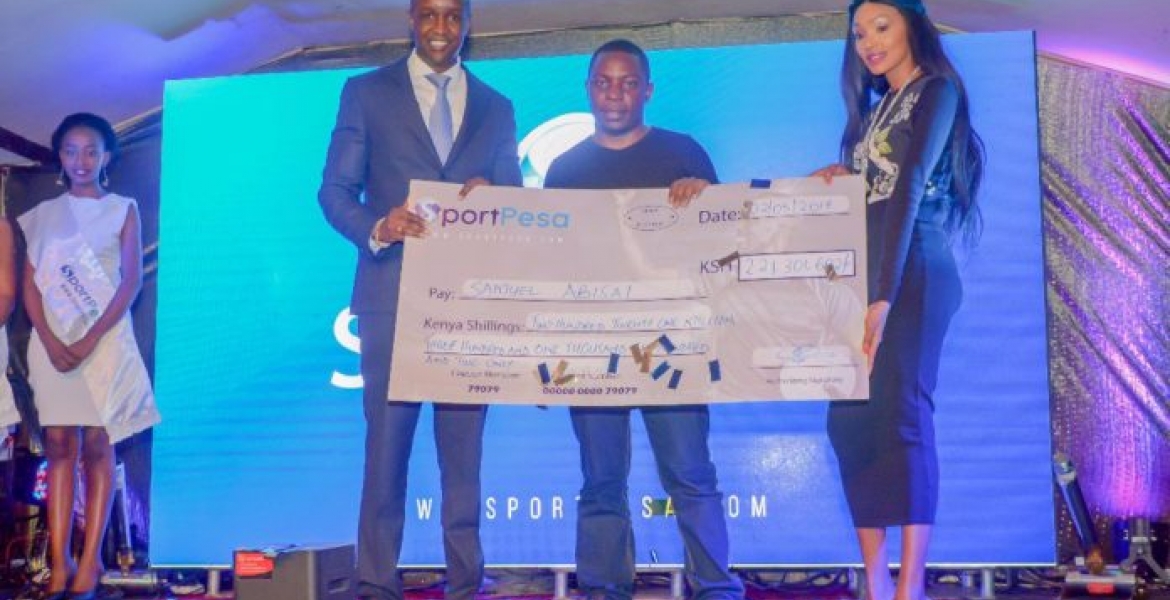 A grand homecoming has been organized for the winner of Sh221 million SportPesa Mega Jackpot, Samuel Abisai at the Bukhungu Stadium in Kakamega County on Saturday.

Abisai won Sh221,301,602 , which is said to be the biggest payout in African gaming history on Kenyan giant Betting firm SportPesa in the last weekend’s mega jackpot.

“We have put all our efforts so that Abisai gets the homecoming he deserves. It was his wish to share his moment with the people of Kakamega. Having risen from a humble background, he is keen to give youth in the region hope they can achieve what they set their minds on,” SportPesa Global Marketing Officer, Joyce Kibe, said.

The 28 year-old, who was unveiled to the public on Tuesday by SportPesa CEO Ronald Karauri, hit the headlines in national press following his fortune that came when he correctly predicted 17 out of 17 games last week.

“People of Kakamega must feel the effect of his win. He is talking of a sports academy,” Karauri advised Abisai who is a huge fan of SportPesa Premier League club, Kakamega Homeboyz.

Among those who will grace the occasion include Elimah Khanaitsa, who the first woman SportPesa jackpot winner after she pocketed KSh22,049,424 in January last year.

Reports indicate that the young man in company of some members of his family will be airlifted to Kakamega Airstrip before being driven to Bukhungu in a convoy.

Abisai was born in the family of 12 and was forced to the streets early in life before Compassion International sponsored him to school until he joined University of Nairobi to study Mandarin. He was employed by a Chinese firm in Kenya after completing his studies in China and says he was introduced to betting by his younger brother last year.

“He should be worth more than Sh221 million in the next two or three years. I will make sure he spends his money well. SportPesa will walk with him,” Karauri assured.