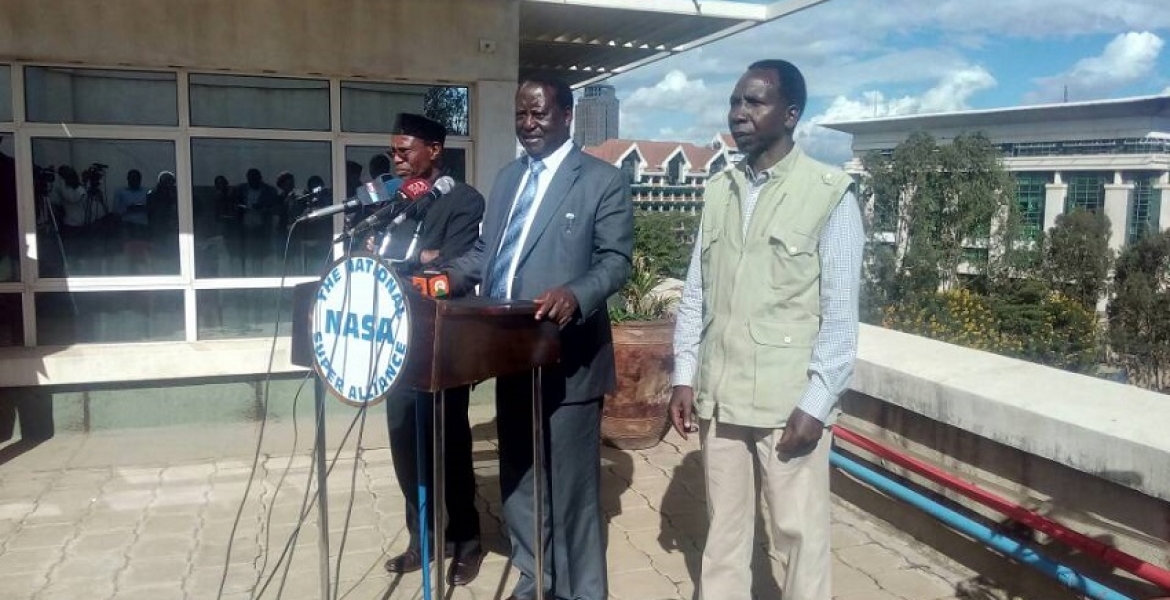 Wamwere was received in the opposition by Orange Democratic Movement leader Raila Odinga  on Thursday afternoon at his Capitol Hill offices in Nairobi.

The veteran politician announced the move days after he lost in the Nakuru Jubilee Party senatorial nomination, to former USA based lawyer and Nakuru County Assembly Speaker Susan Kihika.

Wamwere promised with the opposition in order to help them win in the August 8 polls. "There are two political coalitions that we must work with. To win, we must choose one over the other," he said.

Raila, while receiving Koigi, lauded him for his bold move to join the opposition. "Koigi and I have history. We were detained several times by previous regimes for our stand for change in this country," he said.

"So we welcome his decision to team up with us as we move towards the general election."

The Opposition chief said the notion that Mt Kenya people do not support NASA has now been overturned.

Political opportunist!! When you lose you concede and move on, not party hopping. What a shame.