US Suspends Sh2.1 Billion in Funding to Kenya's Ministry of Health 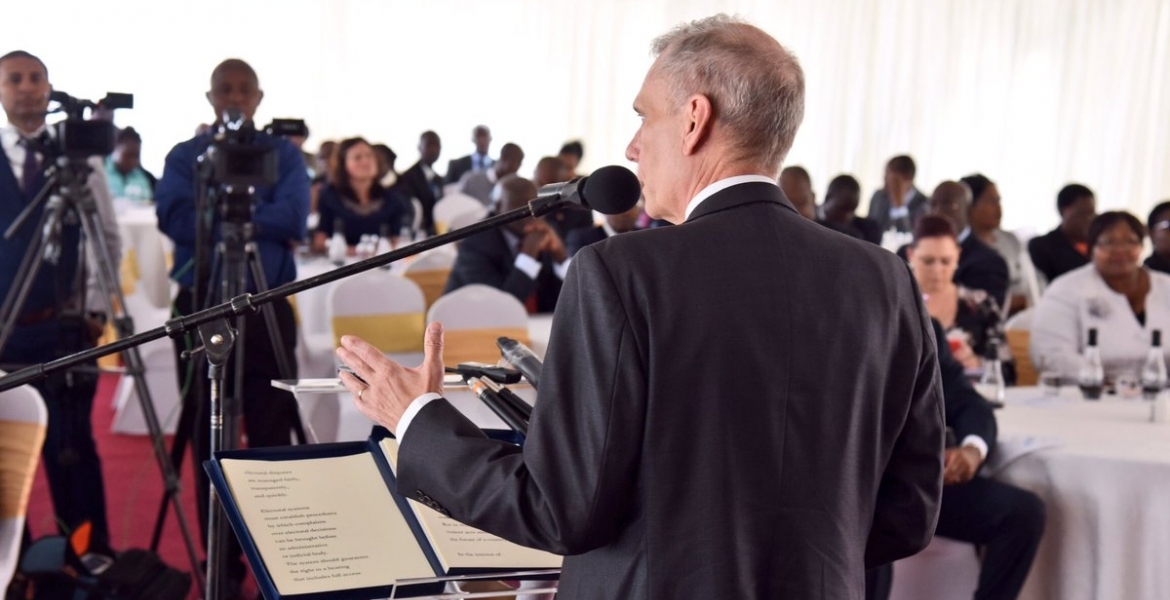 The US embassy in Kenya has announced it has suspended direct financial support to Kenya’s Ministry of Health due to reports of corruption and inadequate accountability of funds in the ministry.

Speaking at Imperial Hotel in Kisumu on Tuesday, US ambassador to Kenya Robert Godec said the US was suspending only a small fraction of the aid his country provides directly to the ministry for expenses such as salaries, operations , domestic and foreign travel, as well as workshops. He said that funding that goes directly to patient services such as providing for anti-retroviral drugs will continue uninterrupted.

Godec, who issued the statement while attending a training session on election reporting for vernacular radio journalists in Kisumu, said the move was not politically motivated, and has nothing to do with the upcoming general elections. He said the US-Kenya relations are still intact and the suspension will be lifted as soon as the ministry improves its accounting procedures.

“What we have done on health assistance is to temporarily suspend technical support that goes directly to the Ministry of Heath because of the ongoing concerns about accounting processes and procedures that revolve around corruption…“The US taxpayers want to see that their money is spent appropriately and goes into the right causes,” said Godec.

In a press statement released on Tuesday, the US embassy said the suspension represents $21 million (Sh2.1 billion) that goes directly to the Ministry of Health each year, which is a small fraction of the $650 million (Sh65 billion) the US invests in the Kenyan healthcare sector.

“We took this step because of ongoing concern about reports of corruption and weak accounting procedures at the Ministry… We are working with the Ministry on ways to improve accounting and internal controls and hope to restore the funding when appropriate progress is made,” the press statement read in part.

“Our support for life-saving and essential health services, such as providing anti-retroviral therapy for a million Kenyans, is not affected by the suspension. We will continue to provide funding for health services and medications going directly to Kenyans.”