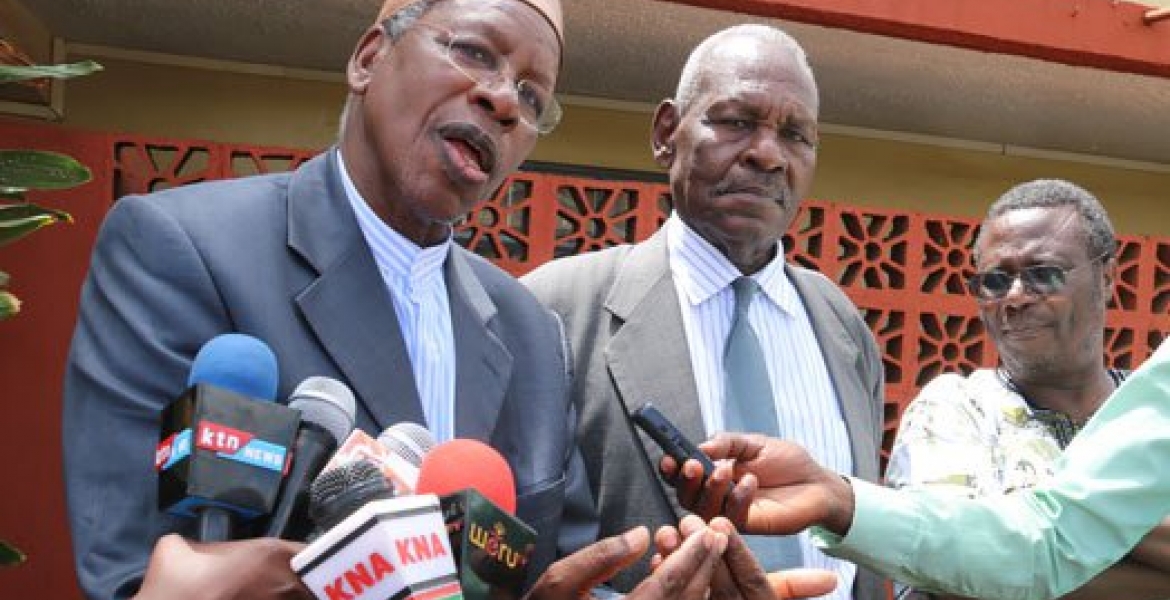 According to Kaguthi, his campaign is aimed at taming the soaring numbers of single parents in the region, which he argues has been as a result of monogamy marriages prompting men to go out of wedlock and sire more children.

He further debates that the move will also increase the region’s population, which he says have declined as a result of increased alcohol abuse and failure by women to get married. Kaguthi called on women in the region to stop being “mean”and accept me to marry multiple wives as long as he can sustain them.

The former Provincial Commissioner (PC), who was addressing religious and community leaders drawn from Embu, Meru and Tharaka Nithi counties at Minni Inn hotel, Embu, also called for the standardization of bride price and dowry to enable more men marry.

He told elders to encourage the community on the need of siring more children as they are beneficial to the nation. “We are cautioning everybody, including the young females, don’t be mean, we want children. We mean business,” Kaguthi said.

Kaguthi who is now the chairman of a program known as Committee of Implementation of Citizens Participation in Security said that he will not be afraid of being branded a radical for advocating for this changes in the society.

He added that classrooms in the Mt Kenya region are now empty due to the low numbers of children being sired in the region.

who is going to feed,cloth,and educate these kids?nobody should tell you when to have kids.you should do it when you are financially,and socially mature to be able to handle the family responsibilities .otherwise they will be a burden to society.besides that,kenyans population should be looked at in totality nor just regional.if you do that you find out that our birth rate is high.

umesema kweli... kaguthi should become a politician so that he can propagate such nonsensical policies... normal human beings don't reason like this

Maxiely good comment.In Kenya if people r taught how to have the kids they can educate themselves n feed them then hatungekuwa na Hii shida ya ati food problems but watu wanazaa to ovyoovyo n they should not blame the gover when u cannot b able to feed yr 4/5/6 kids.Yes having more than one wife
Is our African culture n we should b proud of but one have to b confortable financially.
It's beta to hear somebody is preaching about having more thsn 1 wife than the west which encourages ushoga na beastiality which is against Any God n humanity.

Kaguthi, set an example. I think you can marry fifty wives given your position in the government. Ask Uhuru to be first. With all his wealth, he can comfortably keep more than 200 wives. By the way, how many wives do your sons have? Mt Kenya can do with less of your advice. WOMEN should have control over their bodies and should be left alone to make their own choices, period. Keep your retrogressive advice to yourself. If you need to give it, give it to your sons. Leave our young girls and boys alone.