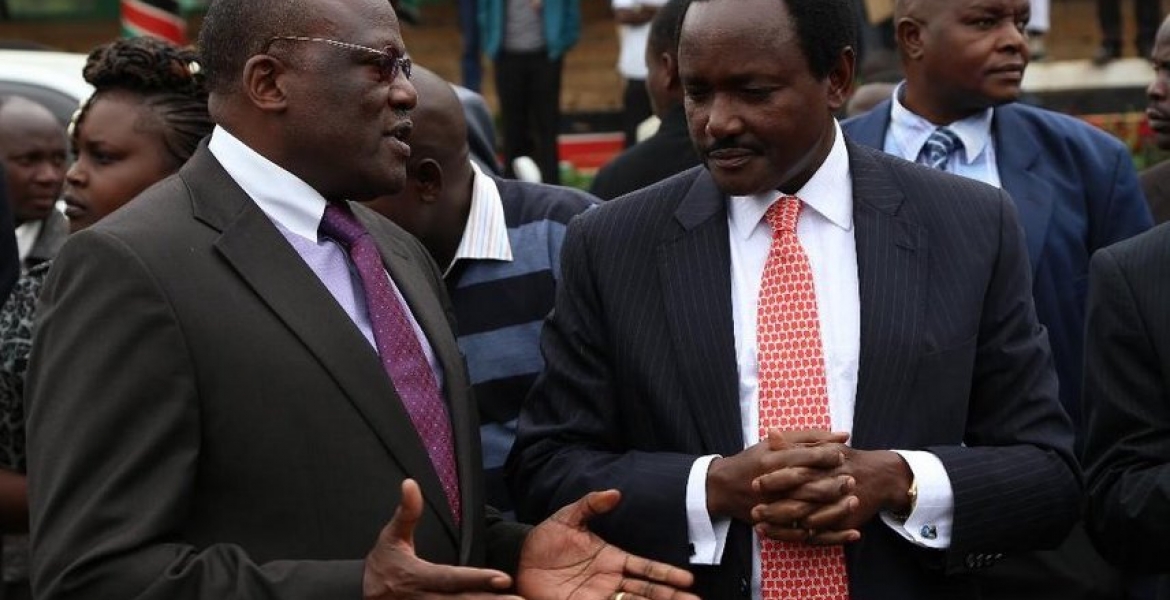 Machakos County Senator Johnston Muthama has revealed that he had intentions of pursuing politics in Nairobi in the August 8 polls.

The senator, who recently announced that he has left Kalonzo led Wiper Part said that he wanted to contest in Nairobi but his party and party leader Kalonzo Musyoka, shuttered his plans.

“I wanted to vie in Nairobi but my party requested by the party leader stopped me from coming to Nairobi. My party leader pleaded with me to stick to Machakos,” he said.

News that Muthama was planning to contest for Nairobi Senatorial seat had broken out last month, but the senator and his party were quick to dismiss the reports as rumors. Speaking to Citizen TV on Tuesday, Muthama confirmed that he wanted to shift his political base to the Kenya’s capital city owing to the intrigues that has seen him fall-out with Wiper leader Kalonzo Musyoka who he accused of being a dictator.

The controversial senator further alleged that Kalonzo used his position as the Wiper’s party leader to handpick wiper Candidates in the Ukambani region.

Muthama maintained that he will not be in the Machakos Senatorial race as along as Wavinya Ndeti (Wiper) and Machakos governor Alfred Mutua (Maendeleo Chap Chap) are the candidates for Machakos governorship.

Muthama has had bitter relationship with the two leaders as he claims that in his capacity as Senator, he has had to deal with Mutua’s poor governance and accused Ndeti of CDF mismanagement when she served as Kathiani MP.