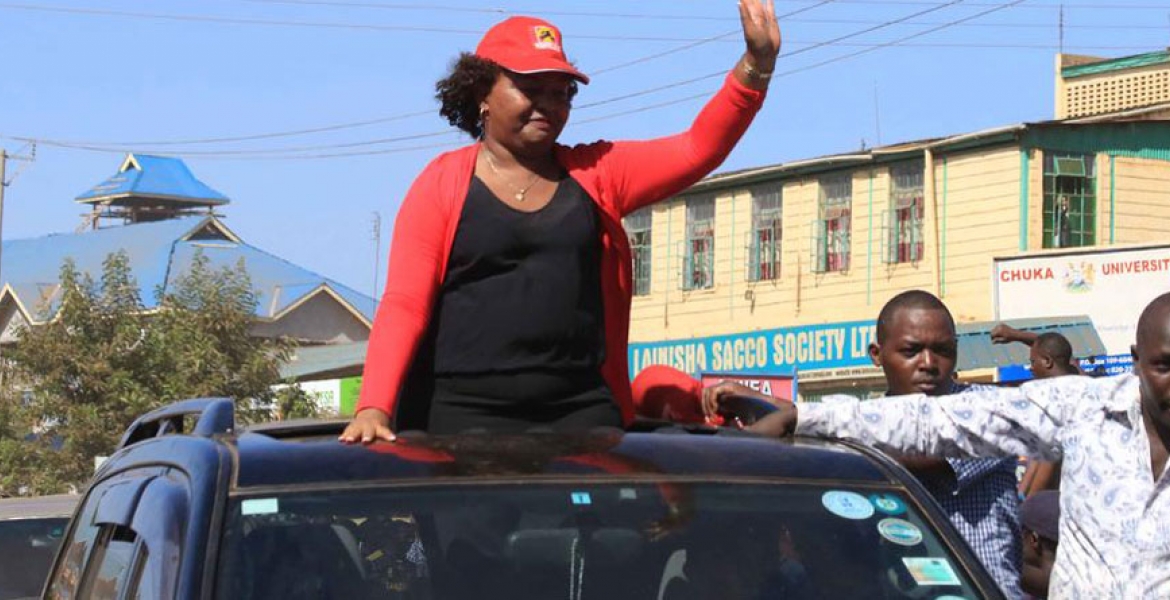 Karua has joined hands with Kirinyaga Central legislator, Gachoki Gitari, who will be her running mate as she looks to defeat Jubilee's Anne Waiguru. The move comes after the two engaged in an extended discussion to form a formidable team that will face Waiguru, who resigned her cabinet position following wide-range allegations of corruption in her docket.

Gitari contested the Jubilee nominations ticket in the just-ended primaries but came second after Waiguru.

With the new alliance, the battle for Kirinyaga governor is expected to be murkier as the former Gichugu MP will give Waiguru a run for her money.

Gitari while joining Karua described her as an honest leader, who has never been mentioned in a corruption case adding that she was best suit for the Kirinyaga’s top most seat.

Karua’s Narc Kenya party recently endorsed President Uhuru Kenyatta’s reelection bid, a move that might score her additional political points as far as the race for Kirinyaga governor is concerned.

After Waiguru's nomination win, Karua warned her not to celebrate yet, promising her a fierce battle in the August polls. "It is too early for Waiguru to start celebrating." she said at the time.

Let's see how two gals fight each other. I hope they set a good example....all in all, the may the best lady win. My vote to Martha,,,go iron lady!