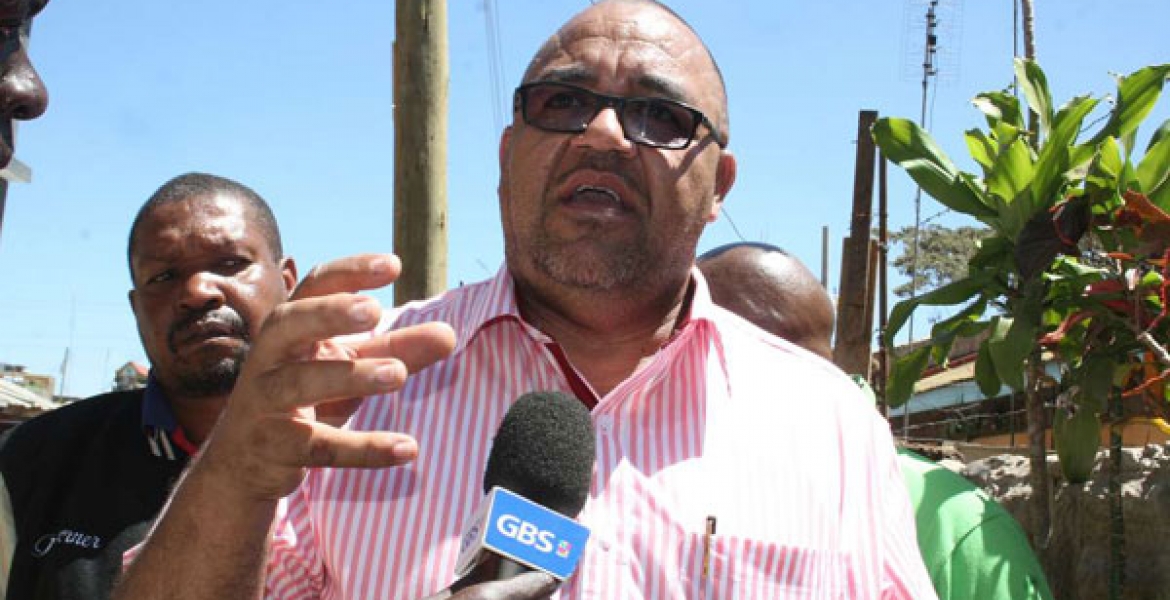 Matatu Owners Association (MOA) Chairperson Simon Kimutai has announced that the association has endorsed President Uhuru Kenyatta, pledging that matatus will offer free transport to aged Jubilee supporters and those living with disabilities to enable them vote in the August 8 polls.

Kimutai, who was speaking during a meeting with the head of state, declared MOA's support of the Jubilee team and vowed to stand with the President in his re-election journey.

“We thank you for the reforms you have initiated in the public transport sector that have enabled us to operate with ease and to provide effective services... We say with one voice as matatu and boda-boda operators that the Presidential candidate of our choice is Uhuru Kenyatta,” Kimutai stated.

During the meeting, President Uhuru ordered the ministry of Transport and Infrastructure together with that of the National Treasury to restructure taxation so that public transport operators can purchase vehicles at lower prices.

He underscored the contribution of the Matatu industry to the country’s economy, pledging to continue supporting the sector.

“The public transport sector plays a key role in our economy and we will always work to facilitate its operations,” President Kenyatta stated.

The Head of State Spoke on Sunday at State House, Nakuru, where he held a meeting with the representatives of matatu and boda-boda operators drawn from all over the country.

This is what Mt. Kenya has done before (including ghosts and "resurrecting" the dead to go vote).

Interesting Guest 1. I don't understand why some people always want to be guests and never hosts. And amazingly they always see wrong with with people who do good because they are jealous of their achievements. Mr. Guest 1, I have some advice for you, Mt. Kenya people are not cheap minded and can bail you out of mental poverty. Do yourself a favor and get reborn a Mt. Kenya Kenyan. That way you will be one of them and thou shall see the light.

How many of you can remember this song:

What is the difference between British oppression and the Gikuyu / Kalenjin oppression? No difference! Oppression is oppression. Oppression has no color, gender, or national origins.

I plead to you Uhuru and Ruto to step down and give another diehard member of Jubilee who is not a member of the Gikuyu or Kalenjin a chance to run in August instead of you two.

We need Madiba Mandela example. You go in power once, and leave other people to lead the nation.
Likewise, I plead to Raila (former prime minister) and Kalonzo ((former vice president) to step down and let another person from other NASA communities to run for the seat of the presidency and vice president. By doing what I have suggested is a sign of true patriotism and sincere love for our nation - The Republic of Kenya.

Heh and as you sit there and mourn, us wimwega, uhoro waku , we are busy seeing how to made deals like Trump and the 1%. Once you learn that, you will know it is not politics, hate of anyone etc. You think all those in Oppostion do not dine and make deals in Msa , tuju Karen restaurant, Nanyuki and anywhere in between . Heck some have shambas in Aberdares all the way from Kodero. Money makes the world go round my friend. Work hard , join the free markets and trust me even being a president is so easy , ask Trump! This is all about power, money , mbeca and when you do understand that you will know this has nothing to do with tribe or politics and us Kikuyus learnt that from mkoloni, while we were "shamba mboys and maids...we listened and learnt what makes the world go round and we passed it on to our children and our grandchildren . Win a 500 million usd lottery and see how many doors will be opened for you. The one and only reason why Kikuyu vote the way they vote is to protect their mali , simple , so simple and yet y'all sing sijui Mt Kenya mafia ( nonesense), us kikuyus we are not loyal to anyone , we are only loyal where our livelihood and investments are threatened like republicans he heh e.why do you think all these world leaders love Uhuru? because of his blackness , don't think so, it is his $$$$ .