We Have a Right to Elect Waiguru, Kirinyaga Residents Tell Court 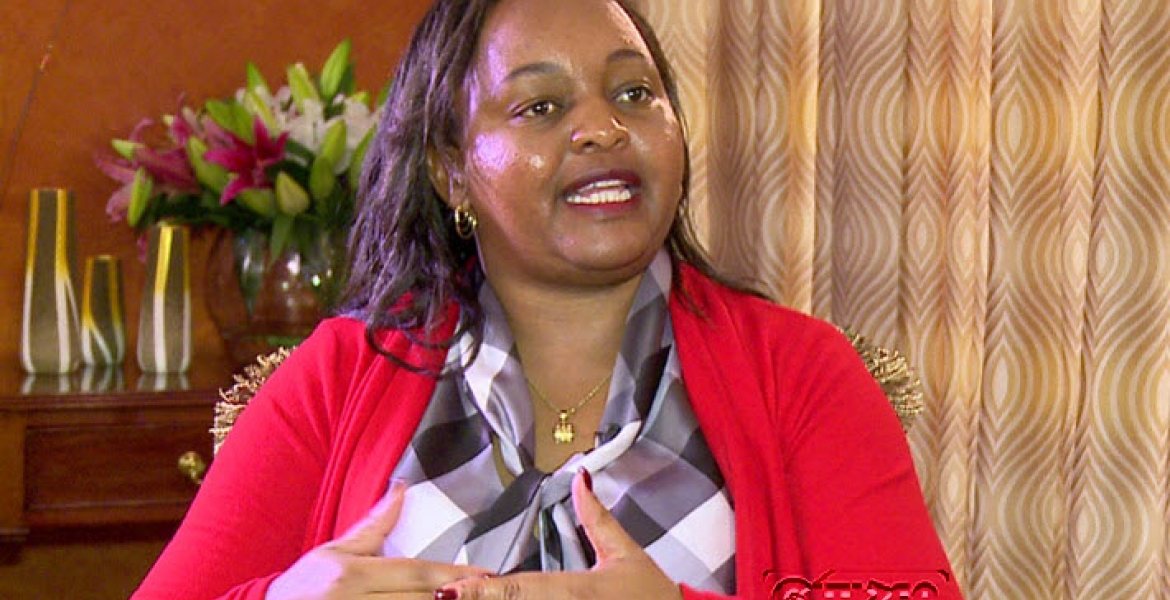 In a pursuit to untie the noose that has constantly threatened to end Anne Waiguru’s quest to be the Kirinyaga governor, a section of Kirinyaga residents have moved to court seeking to have a report by Public Accounts Committee (PAC) against former Devolution Cabinet Secretary Anne Waiguru quashed.

The 102 residents filed a suit on Monday claiming that in the event that the besieged former Cabinet Secretary was locked out of the Governor's race come August 8, their right to elect a leader of their choice will be violated.

In their court papers presented by the residents led by Charles Kariuki, they argued that Waiguru should not be prevented from holding public office based on the findings by National Assembly committee over the National Youth Service scandal.

The group of residents sued the National Assembly, Ethics and Anti-Corruption Commission (EACC), Directorate of Criminal Investigations and the Attorney-General Githu

Further, they presented that Waiguru was never given a chance to cross examine those who were called and testified against her during the hearings by the committee.

"Petitioners are apprehensive Waiguru's ethical fitness to contest for the seat may be based on the PAC's report which is erroneous, unlawful and offending," the court papers read.

Democracy, if people want her, who are we to deny them their wishes...if they want a thief, Uhuru's side dish , well that is what they should have .....

The constitution cluases supersedes "democracy" or rather people's wishes.

Waiguru, for goodness sake: Please look for another job that you can do but not public service. You being a science major, can use the knowledge you acquired in schools to do something else where you don't have direct access to the public funds! Our Kamba brothers and sisters have a very profound proverb which says, " Kyaa kisamite uki kiyuulawa." It means that once a finger has tasted honey, it does not forget! You know exactly what I mean.

Dada Karua is a lawyer and understands politics very well. She has not been involved in any financial scandal and she can protect the tax-payers money for the people of Kirinyaga. Give her a chance to lead the people of this county. You are lucky that you live in a corrupt country where no one has been arrested, prosecuted, or even imprisoned as a result of stealing public funds. We have people like Musalia Mudavadi walking freely in Kenya and also being a NASA leader. He was involved in the Golden Berg financial scandal and yet he is carrying on his daily activities as if nothing happened in the past.

We also have the deputy president who stole the land of Muteshi, was found guilty and nothing happened to him. Guess what! he is even dreaming of becoming the president of Kenya! He has fathered a child out of wedlock and yet he is not supporting the innocent child. I also understand that he is a christian and goes to church every Sunday! Then we have Raila involved with the molasses and yet he is running for the highest office in the land!

Kiriyanga people
Th at is the way if that is what you want nobody can tell you no. Kenya Governments was founded for the people and of the people .
You can even take the voting box outside the voting hall and at the end of voting of the day you count Wainguru's votes even if she is in jail.Keep up to shut off Rails who is trying to shut her for Martha Karura who will be supporting Rails when you elect her she will do like Ruto and Munya after they were electend on Government side they turned to support Raila this time be smart

Fellow Kenyans, This is the biggest mistake Waiguru has made. If she trusts that she is innocent, why bribe a few impoverished peasants behind her fellow looters to run to court. Kenya is a unitary state. Our constitution doesn't represent the People of Kirinyaga only, Its for the whole Country.
We can not change the constitution to accommodate Waiguru or any other looter. If the people of Kirinyaga want to convince the World that they have only one person with the level of leadership qualities, and integrity to lead them'' too sad.
I say Waiguru should have done better research, went seeking better advise; this is a misnomer.
I can bet my last Dollar that even the most compromised Judge will through these Prayer out, with the contempt it deserves.

If she was able to rob NYS what about when she becomes the governor when she will have the first and last word
Unfortunately it will not be the Ndia people money she will steal it will be Tax payers money once again. If this is not mental torture i don't know .

A thief cannot and should not be allowed to hold public office even if they do not look like a thief or are close to the president. This is the time for the judiciary and our Mpigs to shine. This woman needs to be made an example off. She even abused her opponent ati she will make them a village elder. Her arrogance alone is too much. Watu wa Kirinyaga wafanye tu kama watu wa Kiambu send arrogant leaders home.Huwezi tukana watu, uibe na bado unaomba kura..Hata akisimama msimchague chukueni pesa mkanunue unga.